Do Chemical Relaxers Increase the Risk of Uterine Cancer? 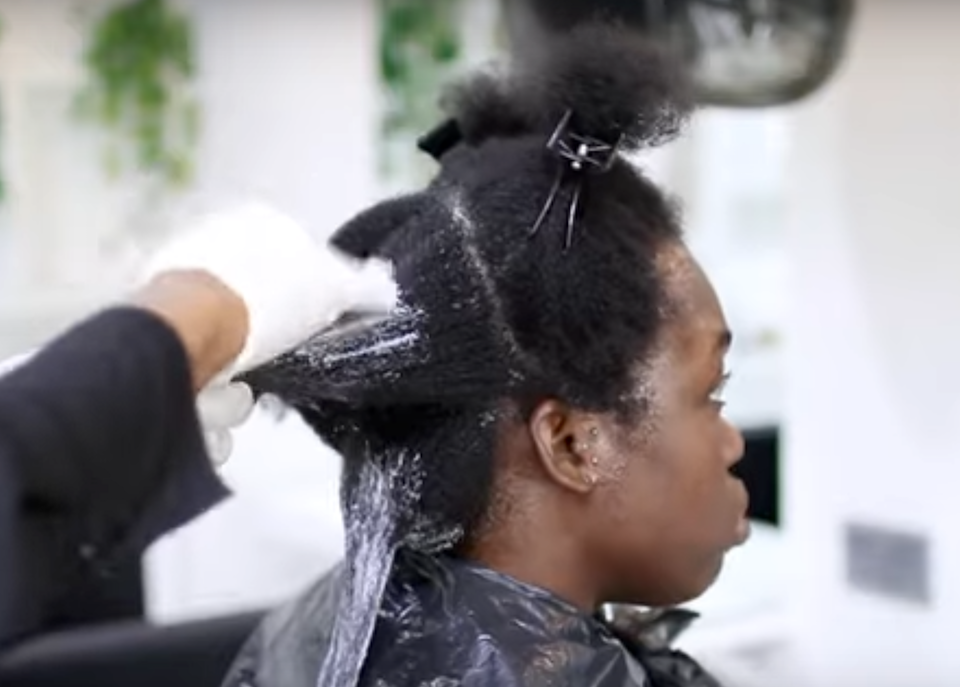 Two years ago, Williams stopped chemically relaxing her hair and converted to wearing her hair in locs. Her natural hair is longer than it’s ever been.

Williams is the owner of Ria the Stylist Salon in Conyers, Ga., and has been a professional hairstylist for 20 years. She remembers an instructor in cosmetology school telling her class that the chemicals in hair relaxer were strong enough to melt an aluminum can.

She says her highest demand hairstyling services have changed over the years. When she started out, her main clients requested relaxers and hair press. Stylists doesn’t keep much chemical relaxer in her inventory anymore because the demand is so much lower for it, according to Williams. She is happy that people are moving away from chemically treated hair because she honestly believes it is healthier.

Williams notes that locs or other natural hairstyles seem to be so much healthier than chemically treated hair. Even when people want to wear their hair straight, instead of using chemicals, they are choosing to have her to use manual techniques like the silk press to straighten it. With the silk press, Williams says, “You can get the look of a relaxer without the damage of a chemical relaxer.”

Coincidentally, Williams says she does not hear as many clients complaining about having fibroids. She maintains, “I honestly believe it’s because people aren’t using relaxers as much.”

Uterine Cancer by the Numbers

An October 2022 study conducted by the National Institutes of Health (NIH) found higher risk of uterine cancer in women who used chemical hair straightening products. Hair relaxers are primarily used by black women to relax and straighten the hair and are often used during childhood.

The research, titled the “Sister Study,” included 33,497 U.S. women ages 35-74 over an 11-year period and found that 378 women who reported using hair straightening products were diagnosed with uterine cancer.

Uterine cancer, the most common cancer of the female reproductive system, accounts for 3% of all new cancer cases. Each year, in the United States, approximately 65,000 new cases of uterine cancer are diagnosed, with approximately 12,500 women dying (2% of cancer-related deaths).

It is the 4th most common cancer in black women (twice the incidence of white women in the United States). An estimated 1.64% of women who never used chemical hair relaxers develop uterine cancer by age 70. However, frequent users more than doubled their risk of diagnosis to 4.05%.

When the chemicals in hair relaxers are applied to the base of the hair shaft and allowed to sit on the hair, called the marination period, the hair relaxer changes the hair’s texture straightening the hair strands.

Hair relaxer products contain very high levels of dangerous chemicals; most are inexpensive to use for manufacturers.

Some common chemicals include:
• Endocrine-disrupting chemicals (EDCs), which interfere with the endocrine system and with hormone receptors
• Phthalates, which interfere with natural hormone production and are not listed on packaging if they are
combined with a fragrance
• Di-2-ethyl hexyl phthalate (DEHP), a highly toxic manufactured chemical not found naturally in the
environment and a known carcinogen
• Formaldehyde, also used in embalming fluid and a known carcinogen
• Parabens, which can affect normal breast cells and are known to cause breast cancer

Lotigi Stanton of Oyade Products, a hair stylist for 30 years, insists that relaxers have been the downfall of self-love for Black women. Stanton advises that natural hair is so versatile the need doesn’t exist to chemically alter it. She insists that relaxers cause so much damage to our hair and bodies that embracing one’s natural hair is a form of self-care. “Becoming educated about how to take care of and maintain the hair’s health and hydration levels makes a huge difference,” she says.

Just a short time after the NIH released its report, a few women started filing lawsuits against some of the larger chemical hair relaxer manufacturers.