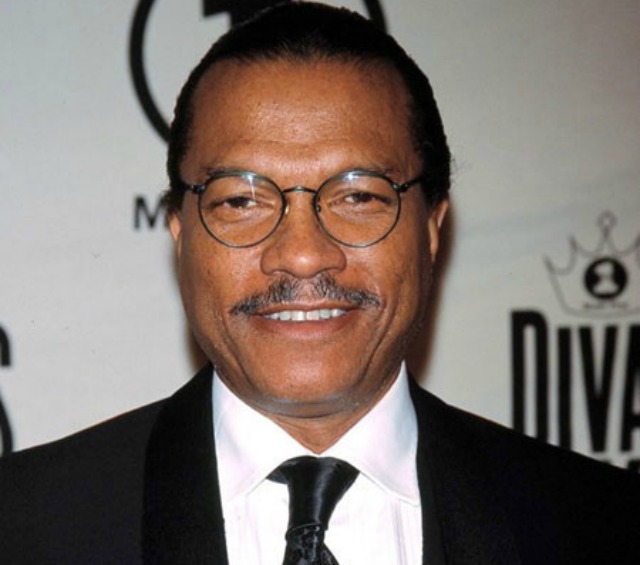 After studying painting at the National Academy of Fine Arts and Design, Billy Dee Williams traded the cultural offerings of Harlem for the glitz and glamour of Hollywood, where his career took off.

The oft-fawned-over sex symbol proved that he was more than just a pretty face when he became a household name in the 1970s for his Emmy nominated turn in the television movie Brian’s Song and film work opposite Diana Ross in Lady Sings the Blues and Mahogany. But it was his portrayal of Lando Calrissian in the 1980 blockbuster Star Wars V: The Empire Strikes Back that catapulted him to international supestardom.

“I had a great time playing that part,” says the new York City Native. “The moment I put that cape on, there was this whole swashbuckling feeling that I really enjoyed. It was my goal to present Lando on the screen the way I  wanted people to view me: as an individual with my own unique qualities identified by how interesting I am- not by my racial difference.”

Three decades later, the 78- year-old continues to keep the character alive by making the rounds at the comic book conventions around the world. “Lando is a very important image to perpetuate. It keeps people thinking beyond the question of color and race,” he explains. “Everyone loves this character. It’s very exciting.”

As for his celebrated personality and killer good looks; “How could you ever get tired of hearing about that?” he asks. “It’s a very nice compliment. I don’t try to be suave; it just comes natural.”

IN HER WORDS: PAULE MARSHALL