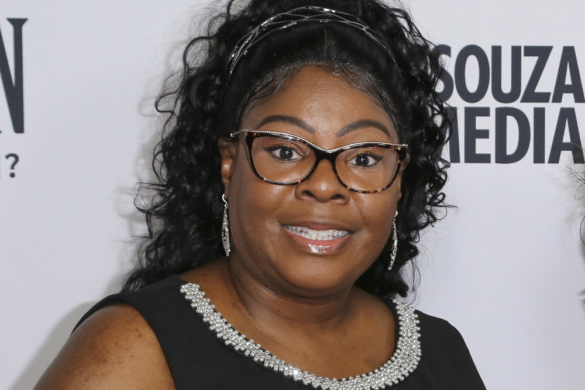 The sudden death of Diamond (Ineitha Lynnette Hardaway), of the political vlogger duo “Diamond and Silk,” has sparked a wave of conflicting emotions.

Hardaway, 51, and biological sister Herneitha Rochelle Hardaway Richardson, known as “Silk,” were born in Fayetteville, NC. The duo transitioned from being advocates of “Black Lives Matter” and opponents of police brutality to being high-profile supporters of former President Donald Trump and opponents of the COVID-19 vaccine.

Although the cause of her death has still not been made public, Hardaway is reported to have been hospitalized for COVID in November 2022. Her health sparked concern back in November after the duo’s official Twitter account pleaded with fans to pray for her.

Diamond and Silk were registered Democrats in 2012, and they began their YouTube channel in 2015. Their first YouTube videos highlighting police brutality, titled “Black Lives Matter” received 17,000 views. Their video about Sandra Bland, a black woman who died in a Texas jail, received 32,000 views.

The pair then began making pro-Donald Trump Campaign videos, leading to considerable growth of their YouTube channel. This ignited attention of the Trump campaign, leading them to appear on stage with the future president at some rallies.

THE classic Diamond moment of all time
produced for #TrumpforPresident
She was one-of-a-kind!!

Although officially unaffiliated with the Trump campaign, the pair encouraged support for Trump via social media and at rallies on the Trump campaign trail. They initially joined Donald Trump as the “Stump for Trump Girls” on stage at his Raleigh, North Carolina, rally on December 4, 2015. They later warmed up the crowd at the Trump rally on January 2, 2016, in Biloxi, Mississippi. They initiated a “Ditch and Switch” campaign encouraging Democrats to register as Republicans and created a website explaining to voters which states had closed primaries and when the deadlines were for changing party affiliations.

The pair made headlines when they shared a message from Facebook asserting that their content was “unsafe to the community.” The incident led the sisters to testify in a congressional hearing about social media censorship. Their social media stardom on Fox News and other politically conservative networks led them all the way to appearances with Trump in the Oval Office.

Diamond was known for spreading misinformation about COVID that resulted in Fox News cutting ties with her in 2020 and was hospitalized with COVID-19 in November. Silk vehemently denied both these facts, responding to Marc Lamont Hill on Twitter saying, “Where’s your proof that my sister was ever hospitalized due to Covid and that we were fired from Fox?”

I will NOT allow you or any other MOFO the opportunity to disparage, slander & lie on my sister & I.

Where's your proof that my sister was ever hospitalized due to Covid and that we were fired from Fox?

Investigate Before You Celebrate!

You have until 12 noon today to retract. https://t.co/6gqALyuIvQ

News of Hardaway’s death initially came from Donald Trump on a Truth Social post and a tweet from Silk. Truth Social is a social media platform that is touted as a politically conservative alternative to Twitter. It was founded by former President Donald Trump in late 2021 near the end of his presidency and created by Trump Media and Technology Group.

Trump’s announcement of Hardaway’s death struck many as unsuited to the moment for the former President. Most notably, Trump seemed to joke that the cause of Diamond’s death was “probably her big and precious HEART just plain gave out.”

Silk’s post about Diamond’s death included a fundraising link to a fundraiser pegged as Diamond’s memorial, though it is unclear how those funds would be used. Critical commentators have said it appeared as though Silk was attempting to “grift” their fans following Diamond’s death making her intentions appear questionable.

She’s continuing to grift on the heels of her sister’s death. I don’t think she’s seeking compassion. She seems to be seeking more money.

Meanwhile, Diamond is being mourned by some of her political allies, such as Matt Gaetz, who responded to Trump’s post as “very sad news.”