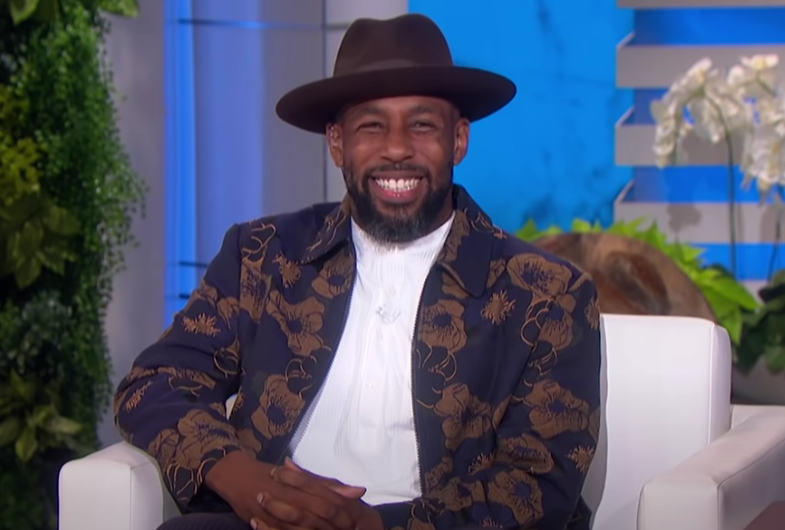 The unexpected news that Stephen “tWitch” Boss, the house DJ on “The Ellen DeGeneres Show,” has reportedly passed away from apparent suicide has triggered many online tributes, including one from his former boss: Ellen.

The 40-year-old’s death was confirmed by his wife of nine years, Allison Holker, 34.  She said, “It is with the heaviest of hearts that I have to share my husband Stephen has left us. Stephen lit up every room he stepped into. He valued family, friends and community above all else and leading with love and light was everything to him. He was the backbone of our family, the best husband and father, and an inspiration to his fans.”

Holker added, “To say he left a legacy would be an understatement, and his positive impact will continue to be felt,” Holker, who shared three young children with tWitch, continued in her statement. I am certain there won’t be a day that goes by that we won’t honor his memory. We ask for privacy during this difficult time for myself and especially for our three children.”

Boss was a professional choreographer and dancer. In addition to his dance moves, his infectious smile and high energy always wowed the crowd. That is why his death came as a shock to friends and fans especially on the Ellen DeGeneres show.

Upon hearing the news about her friend and former colleague, DeGeneres tweeted this,

I’m heartbroken. tWitch was pure love and light. He was my family, and I loved him with all my heart. I will miss him. Please send your love and support to Allison and his beautiful children – Weslie, Maddox, and Zaia. pic.twitter.com/lW8Q5HZonx

DeGeneres and Boss shared a special relationship. This past September, she celebrated his birthday with this special tribute. On one their last episodes together this year, the comedian said this about her friend,

Boss reportedly died of a self-inflicted gunshot in a motel room in Encino, CA. His body was discovered by the maid after he missed check out time. While it is being “called” a suicide, authorities have not confirmed there was no suicide note present in the room. However, it is speculated that a note could be in the dancer’s small bag that police confiscated. Before the call came from the motel, Boss’s wife gave LAPD a heads up that something was wrong. It is said that she “frantically ran” to the police station to report her husband’s abrupt departure from their home. She told police that her “husband had left home without his car” which she “claimed was unlike him”. No further details have been revealed as of now.

Boss was nicknamed tWitch as a child because he couldn’t sit still. After graduating from Lee High School in Montgomery, he studied Dance Performance at Southern Union State Community College and Chapman University. In 2008, his professional dance career began when he became a contestant on “So You Think You Can Dance”. He placed runner-up on season four of the show.

He later went on to other projects that required his footwork, such as appearing in the movie “Magic Mike XXL.”

Meeting His Wife and Building a Family

His stint on “So You Think You Can Dance” not only brought Boss newfound fame, but also love. According to Holker, “The Real Dirty Dancing” host and she met while dancing on the show.

Although she said she tried to get his attention quite a few times, it was not until they saw each other at a “Step-Up 3D” after-party that she decided to get his phone number. The couple were married year later on December 10, 2013.

The couple had two children, son Maddox, 6, and daughter Zaia, 3. The “Stomp the Yard: Homecoming” actor adopted Holker’s daughter Weslie, 14, after they wed. On November 17, the lovebirds appeared on Jennifer Hudson’s talk show where Holker revealed that she was interested in having another baby with her husband.

In a final line from her statement on his passing, she said, “Stephen, we love you, we miss you, and I will always save the last dance for you.”

Here are a few other celebrities who shared their love and tributes for the beloved entertainer as well.

The world lost a bright light today. Twitch brought joy and love to people all over the world through music and through dance. My heart is heavy today for his family and all of those who knew and loved him. pic.twitter.com/VmvxFgOF5d

A kind soul and a sweet person.. that is how I will remember Twitch… This was his 40th birthday party .. my heart goes out to his family especially Allison and their beautiful kids.. this is devastating… I love you brother and will miss you dearly. pic.twitter.com/qkmsM3aodT

JARRING to hear news of “Ellen” show deejay Stephen “tWitch” Boss dead at 40, suicide. When I was going through divorce and depression few years back I often watched him and his wife happily dancing on Instagram. Things like that kept me going. Please, y’all, talk with someone…. pic.twitter.com/ohs7cCFuin

What is going on?! This news has broken my heart. I’ve loved him since #SYTYCD. He was always so joyful & full of life. Always.

If you are feeling despair PLEASE call 988. #PleaseStay

Stephen 'tWitch' Boss Dead at 40 by Suicide https://t.co/GEjHIJCNmT via @TMZ

Stephen (Twitch) my brother, one the best people I’ve ever gotten to know. I gonna miss the laughs, the jokes, the honest conversations and these random videos. We are gonna miss you. Thank you for your light. Praying for Allison and the children. This hurts pic.twitter.com/Qclc1bSSCd

DEVASTATED by the death of my friend @official_tWitch! 💔 Just gutted by this news.

Twitch was a genuinely good guy. He kept checking in & encouraging me during my Executive Producer negotiations at "SHERRI."

My prayers for his family! 🙏🏽 RIP Twitch.

(My fav pic of us) pic.twitter.com/TBIYe0L7d9

In the wake of tWitch’s death, media personality/actress Tabitha Brown offered these encouraging words for anyone who may be dealing with thoughts of suicide.

If you or someone you know may need help, please do not hesitate to contact the National Suicide Prevention Lifeline at 1-800-273-8255 for assistance.