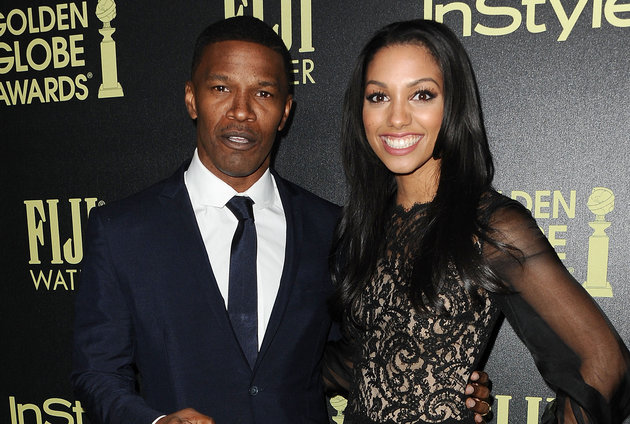 Jamie Foxx is one proud papa.

“Throughout the years I’ve grown up watching my dad establish himself as a well-respected actor,” Foxx said during a party hosted by the HFPA and InStyle in West Hollywood tonight. “I’m honored that HFPA has given me the opportunity to now share the same stage where he’s been recognized for some of his greatest accomplishments.”

The honoree is traditionally the son or daughter of one of the industry’s most respected actor/director/producer of our time and assists during the Golden Globe Awards ceremony.

“We are delighted to have Corinne Foxx continue the tradition and have her as our 2016 Miss Golden Globe,” HFPA President Lorenzo Soria said during the announcement. “Like her father, she leads a fine example of following her dreams and we can’t wait to see what she does next.”

The Hollywood Foreign Press Association just announced that they will also be honoring two-time Globe winner Denzel Washington with the Cecil B. Mille Award for “outstanding contributions to the world of entertainment” when the 73rd Annual Golden Globes airs live on NBC from the Beverly Hilton Hotel on Jan. 10, 2016, with Ricky Gervais as host.

SUSPECTED RINGLEADER IN THE PARIS ATTACKS HAS BEEN IDENTIFIED