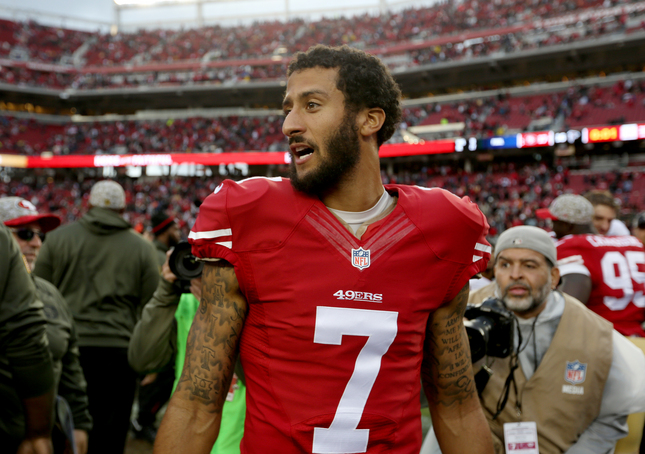 A number of veterans have come out in support of the NFL star using the hashtag #VeteransForKaepernick, while former NFL player and NBC sports analyst Rodney Harrisoncomplained Kaepernick wasn’t even Black. After swift backlash on social media, Harrison quickly apologized for his comments.

With all the drama surrounding Kaepernick’s protest, his critics have not even acknowledged why the embattled NFL quarterback has decided to sit during the National Anthem at games.

On Wednesday’s edition of NewsOne Now, Roland Martin and his panel of guests discussed the backlash against Kaepernick and how the overwhelming majority of his detractors are missing the point.

Dr. Jason Johnson, Political Editor for TheRoot.com, is tired of the sports media asking other athletes about Kaepernick’s comments – especially when they have not experienced violent encounters with law enforcement officers. Johnson proposed members of the media should ask James Blake, the former tennis pro who was assaulted by an NYPD officer while waiting outside of a hotel, about police brutality.

Dr. Johnson also believes the media should talk with the NBA’s Thabo Sefolosha, who suffered a season-ending injury after an altercation with the NYPD. Sefolosha’s leg was broken as a result of that encounter.

Johnson said, “If we’re going to have this conversation, why don’t they talk to professional athletes who can speak to this the same way Colin Kaepernick can do? But we know that they’re not asking that question because it’s all about attacking a Black man who took a stand on the issue that’s important to Black people.”

Lauren Victoria Burke, Political Analyst and Writer for NBCBLK, said Americans want athletes “to shut up and entertain them and not really have a personality or an opinion, because they are paid extremely well and they should just be quiet.”

Roland Martin, host of NewsOne Now, said, “The people who are criticizing Colin Kaepernick don’t want to talk about why he is doing this, they want to only focus on the fact that he is doing this because it is nice and convenient to avoid the reality of what he is talking about.