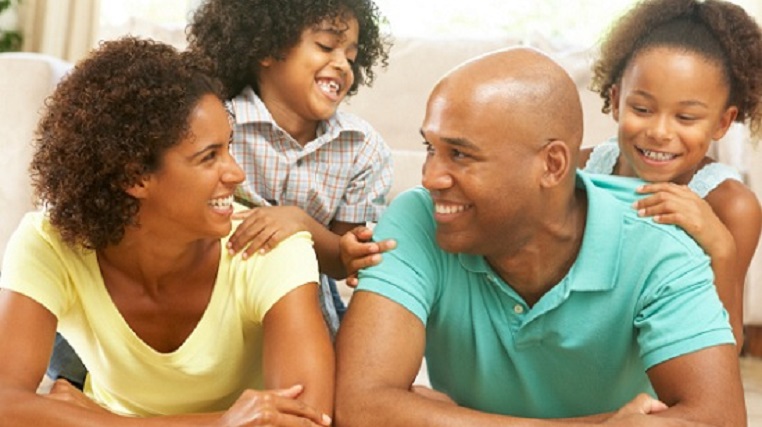 When we think of loving relationships, we reserve that reality for couples in the throes of a romantic relationship. More often than not romantic relationships that involve children end and couples are left with the task of parenting as a unit, after that unit has been broken. The recent social media rants from actor/singer Tyrese crying for his daughter are just one example of rocky co-parenting relationships. Most couples experience some type of challenge when adjusting their relationship from couple to co-parents.

“Both parents have to keep what’s important in mind. You definitely need to have an open line of communication, but both people should be committed to what is in the best interest of the child.” Roger, 39 says. Roger shares a three year old son with his ex-girlfriend Nayla. Although Roger’s solutions seems obvious, things are often not that cut and dry when it comes to ending a romantic relationship and beginning a co-parenting relationship. “For us it was easier when we got to the point where we both no longer wanted anything but the co-parenting. We needed clear boundaries so that we could focus just on our son and not on the state of our relationship,” Nayla says.

“Divorce itself is usually pretty rough on the whole family, says Tina B. Tessina, Ph.D., a psychotherapist and relationship expert. “Everyone feels wounded afterward,” she says. “The parents are going through feelings of failure, rejection, abandonment and loss. And they can lead to competitiveness, recriminations and drama when it comes to co-parenting.”

For Nayla and Roger it was important to show their son that they still cared for each other and that they both were happy. “I could tell he was worried when he would leave one of us for the other so I started making sure he knew that I was happy and Daddy was happy and that we weren’t mad with each other. When he saw that, he would relax and he seemed happier going to visit his father.”

When talking to couples about their co-parenting relationships I realized that having the ability to work with someone that you are no longer intimately involved with for the sake of a child has to be one of the biggest ways to show love for your child and even for the past relationship. We know that love has the ability to change with time and circumstance. One thing that shouldn’t change is our ability as parents to realize that the child created from a past relationship is not responsible for the demise of that relationship and shouldn’t feel that way.

Showing love towards an ex-partner is often as simple as not speaking badly about them in front of the child. It could also mean working with that parent to make sure they are able to be an active part of that child’s life.  Other examples include waiting until you hear the entire story before blowing up about a difference in parenting technique.  Many couples struggle with this concept, especially when the breakup was hurtful or abrupt. Even if the breakup was bad, it’s suggested for both parents to find a way past their anger towards each other for the sake of the child. “You can be as distant and pleasant as you would be with a stranger if you have to,” says Tessina. “But your kids still need and want to belong to a family.” Whatever the sacrifice is, seeing a happy well-adjusted child should make everything worthwhile. “I never wanted our breakup to affect our son,” Nayla says. “To see him happy is worth making the extra effort to show love towards his father.”