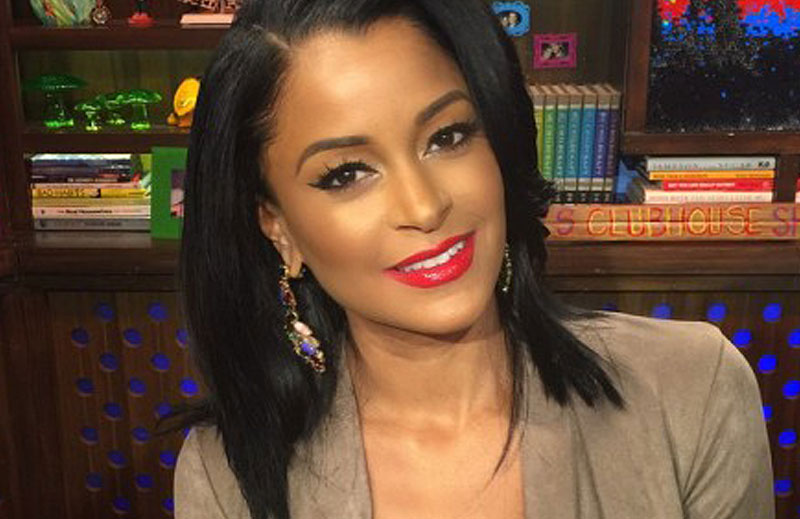 After only a year of being named co-host of The Rickey Smiley Morning Show, former peach holder and cast member of the Real Housewives of Atlanta, Claudia Jordan, has left the show to pursue other ventures.

Although there’s no word on if Claudia was fired or willingly left the syndicated morning show, Smiley made the announcement this past Thursday during the show and via Instagram with a photo of the morning show team and the caption: “Our girl #ClaudiaJordan is moving on after a year on #TheRickeySmileyMorningShow, and we will miss her. Just want to thank her for her time with us and we wish her nothing but the best. #RSMS”

Claudia also confirmed the news on her Facebook page:
“Hey friends and fam. I just wanted to make an announcement here for all that have been supporting me in all of my jobs, ventures and adventures. After working on The Rickey Smiley Show for a year I am moving on to more opportunities. There are a whole lot of things I want to do that will better showcase my talents, personality, intelligence and wittiness and I’m ready to pursue them! I’m grateful to Reach Media and to Mr. Smiley for giving me the opportunity which in turn helped me have a reason to be in Atlanta to be on the Real Housewives of Atlanta which was another amazing opportunity that has brought me nothing but more exposure, more checks and more opportunities in film and many other things.”

Last week, Rickey posted a seemingly suspicious message via Facebook, which could have possibly hinted at Claudia’s departure:
“It kills me when you give people opportunity and the disrespect I have to deal with daily, my entire career. Being no nonsense and not taking shi from anyone is not bipolar. Saying no to someone isn’t being mean. I got folks who eat off me, get paid for what they do and can walk in the studio in they feelings [sic] about nothing… sounds good on the air. If you only knew. It’s not just white people that have entitlement issues smfh. All I do here is provide opportunities for people, come to work happy every day, work hard and have to deal with S on and off the air. The devil IS a lie. It’s all good because I appreciate the ones that’s respectful and loyal and trying to make these radio and TV dreams come true. So instead of mistreating an employer that provides an opportunity for you to have a career, if what he provides is not enough, then start your own. Simple. #entitlement.”

We hope Claudia lands on her feet with her next business venture but we’re left to wonder who will replace Claudia Jordan now and how soon will we hear the voice of a new co-host?