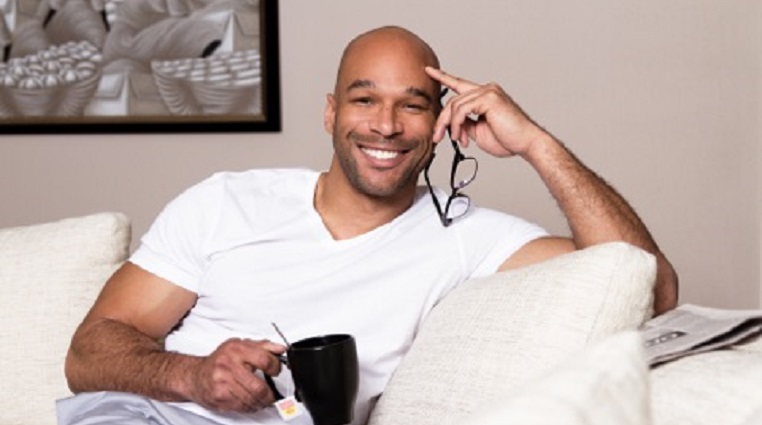 Have you ever wondered how those street vendors selling V-day baskets on the side of the road stay in business? It’s obviously there are a lot of brothas with no clue what to do for bae on the one day of the year reserved for romance. Pepto bismol pink bears with plastic roses are absolutely not the move, and Will Jones is one of the few bachelors who has a clue on how to keep a smile on his lady’s face.

“My friends and I go through this process every year,” Jone’s laughs, “they’ll call me and we’ll get on the phone and come up with something even more spectacular than the year before. The goal is to make the ladies feel good.”  Hearing that men are actually spending time and energy into surprising their women for Valentine’s Day is a good sign. So often we focus on the men who fall short, Jones assures us there are some brothers out there who don’t mind going all out for love. “Absolutely a REAL man will want to court his potential woman.  He will design the date for conversation, entertainment, and just an all out good time.  You should make the woman want to come back and crave for more.  What a lot of men don’t know is that it is the courting that sets you apart.  Especially when you are doing it genuinely,” Jones says.

If you’re wondering where you’ve seen Jones before it could be from dating the beautiful Cynthia Bailey on Bravo’s Real Housewives of Atlanta. When introduced to the beautiful supermodel, Jones knew he had to bring his A-game. Although the date was televised, Jones said he just did what he normally would do for a woman that he was interested in dating.  Jones said the scene shown on RHOA was actually his idea for a romantic date with Bailey.

“There were a lot of elements that you weren’t able to see because the scene was 3 hours and chopped down to 2 minutes.  However, dating Cynthia, I know how busy and how special of a woman she is so I wanted her to feel a sense of relaxation from the moment she from the moment she was en route so I sent a limo to pick her up from her home to the lake, and had a chef cater the food and a captain to manage the boat so I could focus on her.”

Jones believes there are a lot of men who want to be great at romance they just may need a little help. He suggests men talk to their friends like his group to get ideas and creative tips, he also believes romance often depends on the woman and her particular likes and dislikes.

” Yes, a man HAS to gauge a woman’s personality rather quickly and you have to do that rather quickly prior to the 1st date.   I try to have a “2-way get to know me conversation” by asking questions and feeling the vibe,” he laughs.

Jones says women and men both are responsible for courting and chivalry being a lost art.

“I think courting has gone out of style because in this day and age people are more into immediate gratification. Like or dislike.  They want to get from 0 to 100 real quick,” he says.

Jones had some advice for women expecting to be disappointed this year.

“Communication is key. It’s not wrong to tell your man things that you would like or make suggestions. Most of the time brothers appreciate the heads up and then they can put their own spin on what their lady likes.”

Kudos to Jones for being a stand-up guy. He was tight-lipped on if he was currently dating Bailey but if she’s as smart as we think she is, she’ll keep Jones around for awhile.