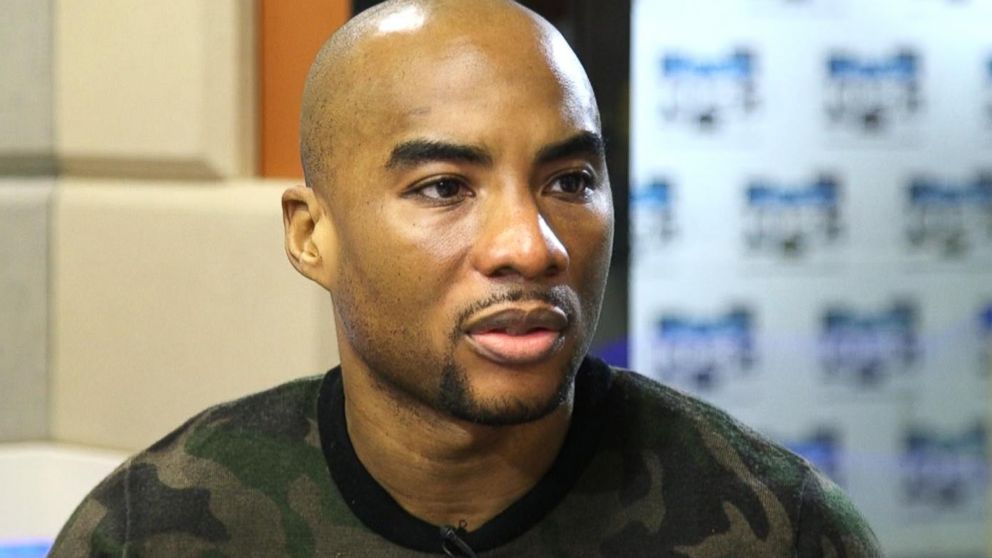 Most women complain about men not showing their emotions often enough.  Men and their emotions, or lack of are a mystery to women and sometimes even to themselves.  There are numerous articles and research assigned trying to figure out what is behind men and their emotions, but the argument has been made that society doesn’t allow men, especially black men to express emotions that fall outside stereotypical expressions of masculinity.  Our culture doesn’t allow men to admit when they are hurt or compromised and most of all vulnerable.  In one of the most candid interviews of his career radio personality Charlamagne tha God admitted being molested by his uncle’s wife before he hit puberty. Charlamagne isn’t the only male celebrity whose admitted being sexually molested. Comedian DeRay Davis admitted being molested by a family friend, but instead of telling a parent or adult both men swept the incident under the rug and buried their emotions.

After watching Charlamagne’s interview I started having conversations with several male friends and was surprised to learn that although we don’t often hear about molestation when it comes to our sons, the infraction happens far too often. Unfortunately our community has reserved it’s sympathy for young girls without knowing what to do or how to address young men whose innocence has been taken from them. Donnie *41 is a security officer for a popular building in Buckhead Atlanta. After growing up in Harlem, NY he re-located to Atlanta during the Freaknik era. He says he was molested by his babysitter around age six, and never told anyone because he didn’t think anyone cared. “It was scary at the time because I was a little kid and wasn’t thinking about sex. My babysitter was eighteen and she made me perform oral sex on her. At that age it was disgusting,” he admits.  Donnie doesn’t believe being introduced to sex at a young age affected his sexuality but he says it could possibly be one of the reasons that he has a hard time trusting women.

Derryl *48 is from Charleston, SC and works in one of Atlanta’s largest automobile plants. He says he was molested at eight years old by his stepbrother. While he tears up at the memory he says it didn’t affect him later in life. He admits to being afraid the experience would make other people label him as gay and that was one of the many reasons he never told anyone what happened and instead kept things to himself.  As a teen Derryl says he proved to himself that his sexual orientation wasn’t compromised by being the ultimate ladies man and having as much sexual interaction with females as possible. Today Derryl says he realizes acting out about the behavior was wrong but he didn’t know what else to do. Years after the incident he learned that his stepbrother passed away. “I can’t lie I was happy when I heard he was gone,” he says.

Montell* a 38 year old sound engineer had a very different experience in that he did tell after his pastor molested him for six years straight. His story incited a painful trial that unfortunately made half of the congregation hate Montell and his family for exposing the pastor. “Even though he won a million dollar settlement against his abuser, Montell feels like he still lost. “I left Mississippi because it was too painful to stay. My own mother wanted the state to drop the charges after she saw how people were responding. I don’t think it would’ve been the same if it was a girl. We are taught to protect little girls, but boys are supposed to be tough,” he says.  Today Montell is a family man with a wife and three small children.  He says he is happy but he never talks about his childhood with anyone.

For both Derryl, Montell, Donnie and possibly even Charlamagne and DeRay there were unseen consequences that affected them after their experience. For women meeting men and not understanding why their emotions are disconnected, there are a myriad of reasons that could be responsible. Hearing so many men unable to express their past experiences because of how their issues will be received is heartbreaking. It also explains why there are often blocks that stand between men and their emotions. Although the majority of men haven’t dealt with something as traumatic as sexual abuse, the fact that society impresses a don’t ask don’t tell policy on male vulnerability is reason enough to practice patience when getting to know someone new and wanting to build a level of emotional trust.

So You Got The Man Of Your Dreams … Now What?

HERficionado’s Tips on Removing Smoke Odor From Your Hair

PLAY DATE - A SCENE BY SATCHEL SOCIAL the ARTLANTA Fair