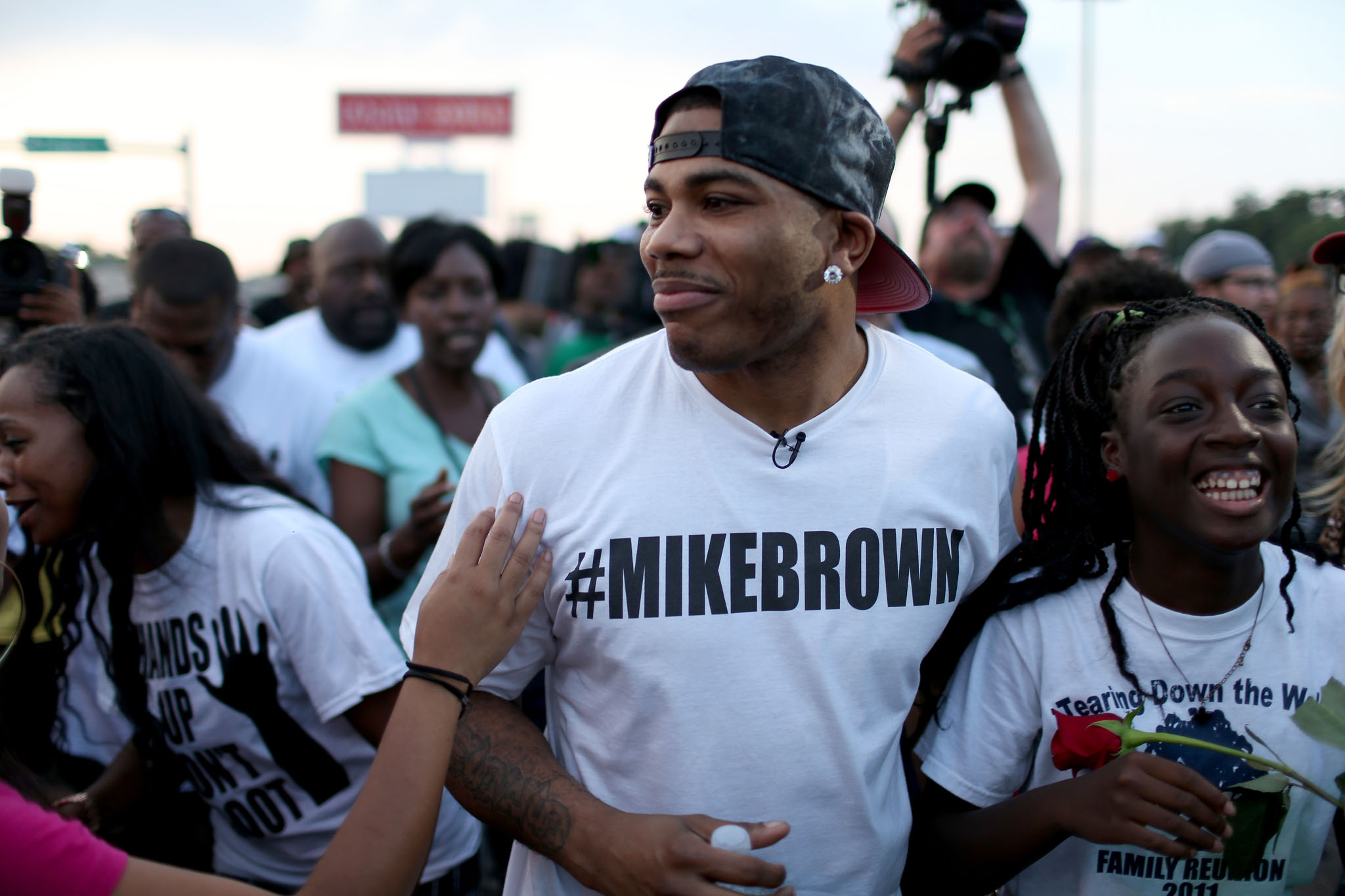 The killing of Michael Brown, a young unarmed, black teen in Ferguson, MO has sparked outrage in the black community.  His death is a reminder to many of how the “powers that be” seem to devalue the lives of our youth.  In the aftermath of the shooting, protestors, news journalists, and community leaders descended on the city to show solidarity, support, and to report the sentiments of the residents.  Almost immediately, the black community took to social media platforms to express their anguish, hurt, frustration, and anger over what happened.

There has also been an outpouring of support for the family of Michael Brown and the shared outrage from many celebrities.  John Legend, ever the advocate for human rights, spoke out through twitter discussing his disdain for the actions in Ferguson. 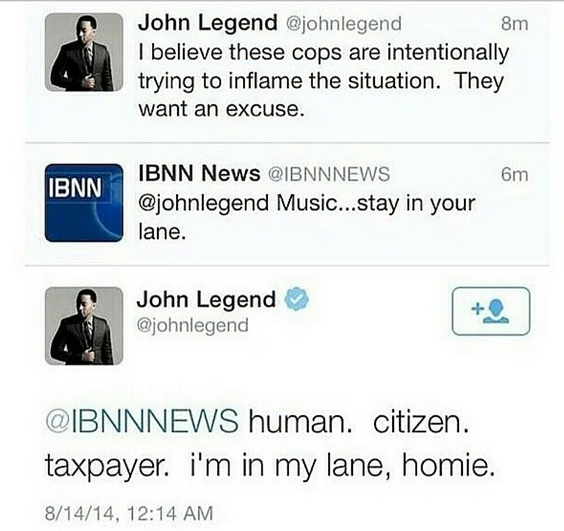 “I believe these cops are intentionally trying to inflame the situation,” he tweeted. “ They want an excuse.” He continued to express his concern, citing the video of a policeman referring to protesters as “animals.” “Calling us “animals” has been the language to justify slavery, Jim Crow and all manner of injustice.  Dehumanization and racism go together.”

Chrisette Michelle, Alyssa Milano and others, all weighed in on the events as they unfolded before our eyes.  Serving as makeshift reporters in some cases to keep us up to date on what is happening on the ground in Missouri.  David Banner, Isaiah Washington, Nate Parker and Talib Kweli gathered together to brainstorm and coordinate leadership ideas for action and a plan towards change.  Nelly, a St. Louis native, visited Ferguson to show his solidarity with the community.

However, Atlanta rapper B.O.B. tweeted a message that many didn’t expect to hear during this time of frustration and anger.  His tweet stated,

After multiple responses and retorts from twitter users, he deleted his message and has remained mute on the topic ever since.  While everyone is entitled to their own opinion, B.O.B.’s tweets reflect a not so popular opinion.

With all the celebrities that have spoken (including scathing insight by Grey’s Anatomy actor Jesse Williams and especially moving commentary by rappers T.I. and Killer Mike), there is a noticeable amount of celebs who have yet to make a statement on the issue.  Some of the biggest names in entertainment and sports; those with the biggest influence, such as:  Oprah, Lebron James, Jay Z, Beyonce, and Kanye West have fallen all but silent.

In the past, celebrities served as the voice of the community on civil rights, warfare, and other socio-economic issues.  Their fame and influence allowed their opinions to be heard and to draw awareness to an audience that the average Joe, would never be able to reach.  Harry Belafonte, Dorothy Dandridge, and Muhammad Ali are just a few of the celebrities who knew the responsibility of their visibility.  Which leads many to think, are today’s celebrities silence due to them not having anything to say or in fear of losing global appeal and profitability by sharing an opinion on the black agenda?

Just as independent bloggers, photojournalists, radio show hosts, and every day people have utilized the influence and reach of social media platforms to voice their concerns with the tragedy in Missouri; so too are the celebrities of influence who have used their voice, their reach, and their influence to bring awareness to the plight and concern of the black community.

Kimberly “Isis” Thomas is an author and multi-media professional with over 16 years in broadcast media.  She is the owner of NextIn Line Network, LLC.; parent company to I Hear That Girl!, a website that focuses on providing positive female images and content for black women. www.ihearthatgirl.com