Celebrating the Mystique of Carnival 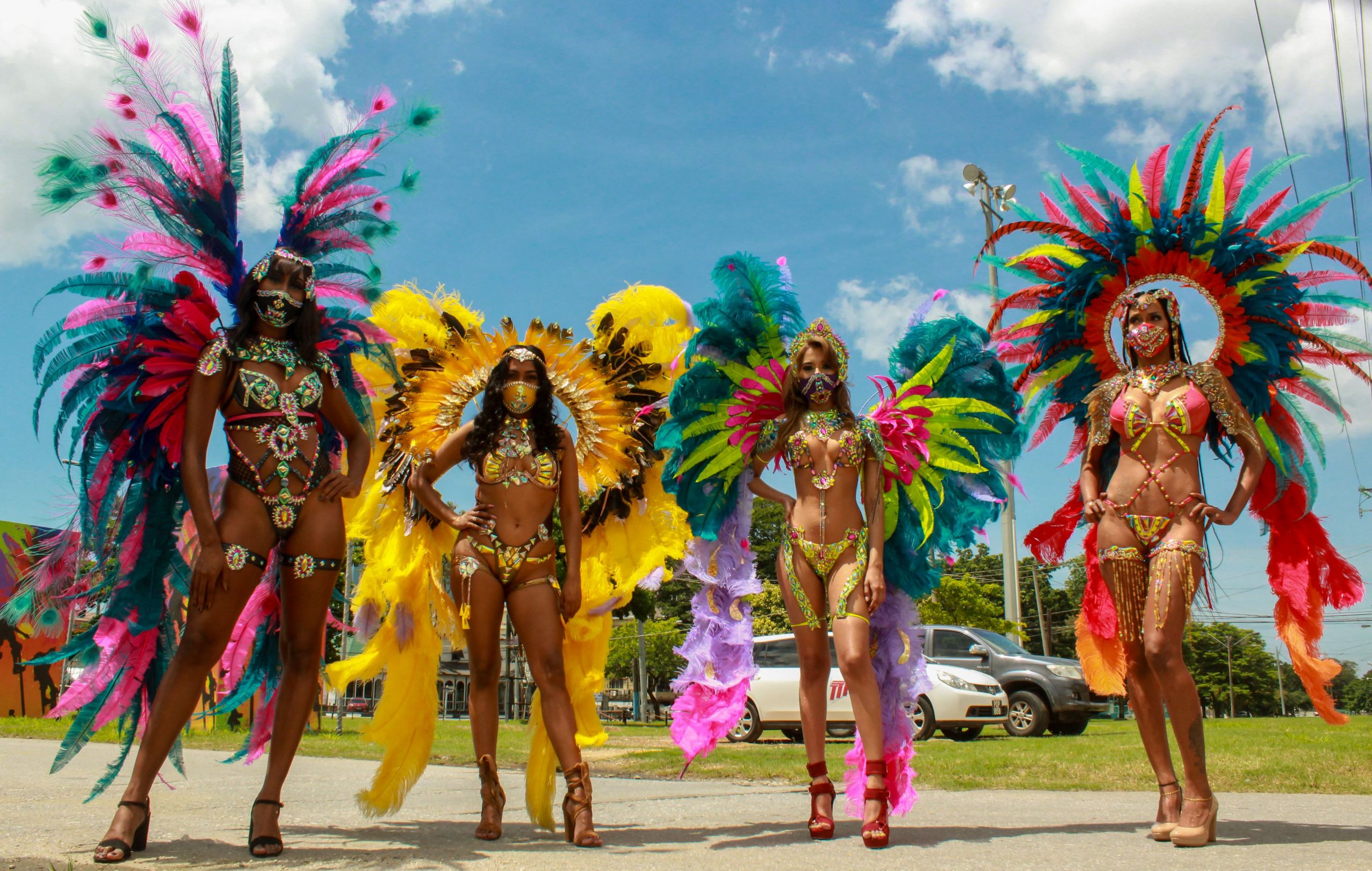 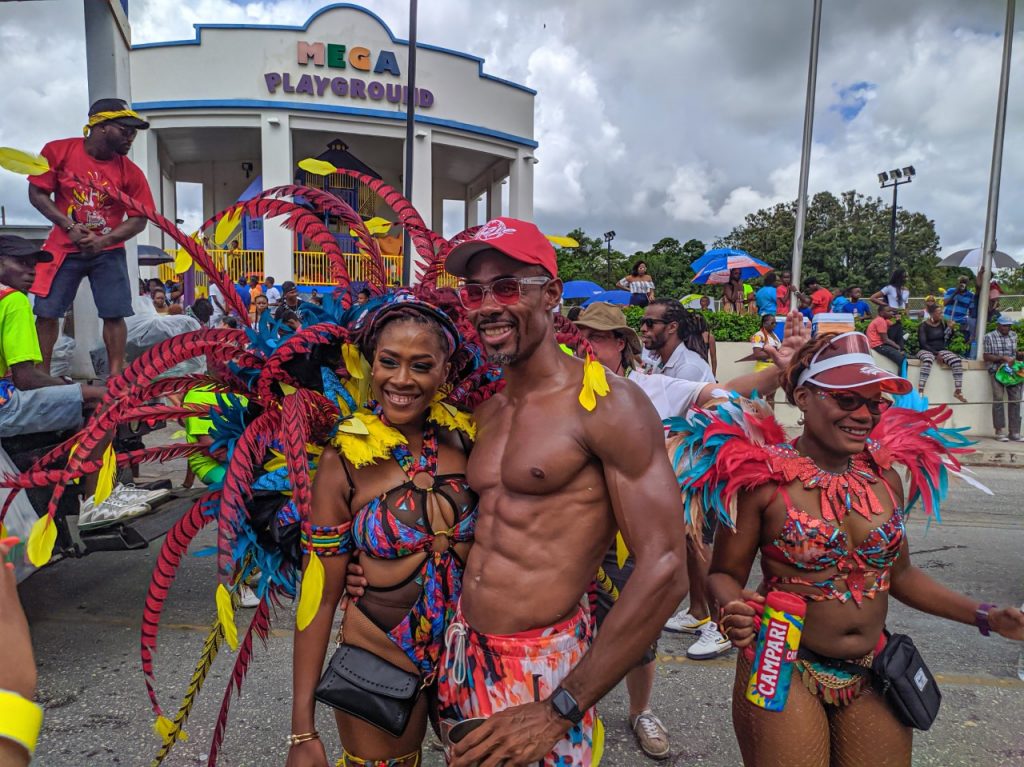 The magnificent spectacle of Carnival is rooted in colonialism, religious conversion, and freedom from slavery. Further, three essential elements of the fabulously dramatic celebration are music, dancing, and masquerade. Moreover, Revelers come from around the globe to take part in island carnivals complete with grooving to electrifying steel drum performances. Additionally, they can be seen wearing multicolored peacock or ostrich feathers and intricately designed headdress, while enjoying wild, loud, and edgy behavior.

Visit their websites and Instagram pages to get carnival dates in order to behold the splendor of the costumes and performances in varying locales. Again, the fabulous scenes are only matched by the stunning beauty of the picturesque host islands themselves. 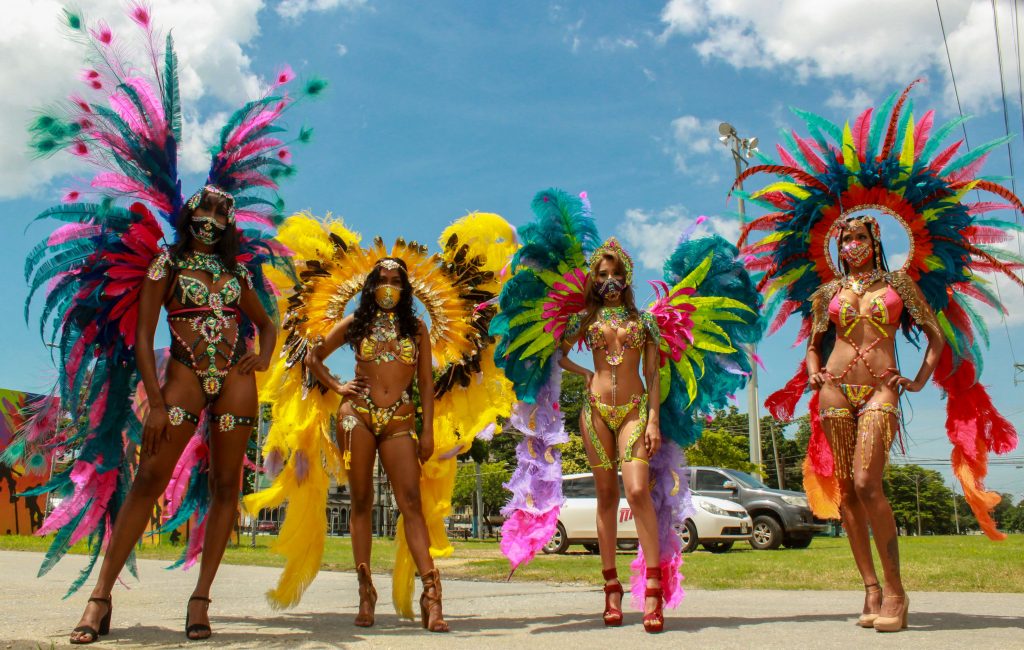 Indeed, this carnival is known as the “Greatest Show on Earth” and the “Mother of Carnival” as it is said, from its inception in the 18th century, to have inspired many of the Caribbean carnivals that followed. Moreover, it is officially celebrated on the Monday and Tuesday before Ash Wednesday annually.  Carnival Monday commences with J’ouvert at 4:00 a.m. Partygoers parade through the streets covered in paint, grease, and mud, reveling until sunrise.

Then, masqueraders line the streets later on Monday and all day on Carnival Tuesday. Thousands of masqueraders flood the streets in bold, colorful, fabulous costumes. Further, they dance and dance to the thrilling sounds of soca, steel pan, and calypso music. Additionally, over several weeks of carnival, events include Calypso Tents, “Pan in de Sancoche”, Musical Showdown in de Big Yard, Dimanche Gras, Carnival Comedy, and Calypso Fiesta. 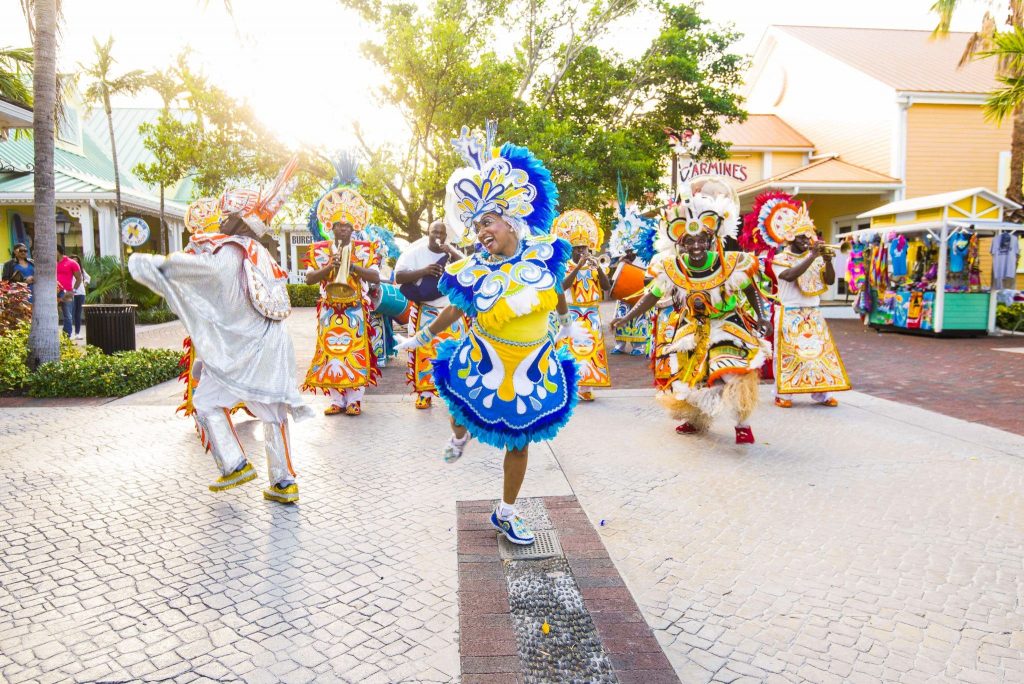 In fact, it’s been said that the Junkanoo Carnival first originated more than 300 hundreds years ago when the slaves celebrated on their few days off work during the year. It is also said to have been named for African tribal chief John Canoe too. Whatever the derivation, on Boxing Day and New Year’s Day, there is a wondrous celebration.

What’s more, It features live music with accents of West African drum rhythms, American blues, and Caribbean culture in the drums, cowbells, brass horns, and whistles. For example, the attendees are dressed in elaborate costumes that they spend months on end designing as they dance in the streets of Downtown Nassau. Finally, the groups like the Valley Boys, One Family, The Prodigal Sons, Roots, and Saxons vie for the title of “Best Junkanoo Group”. 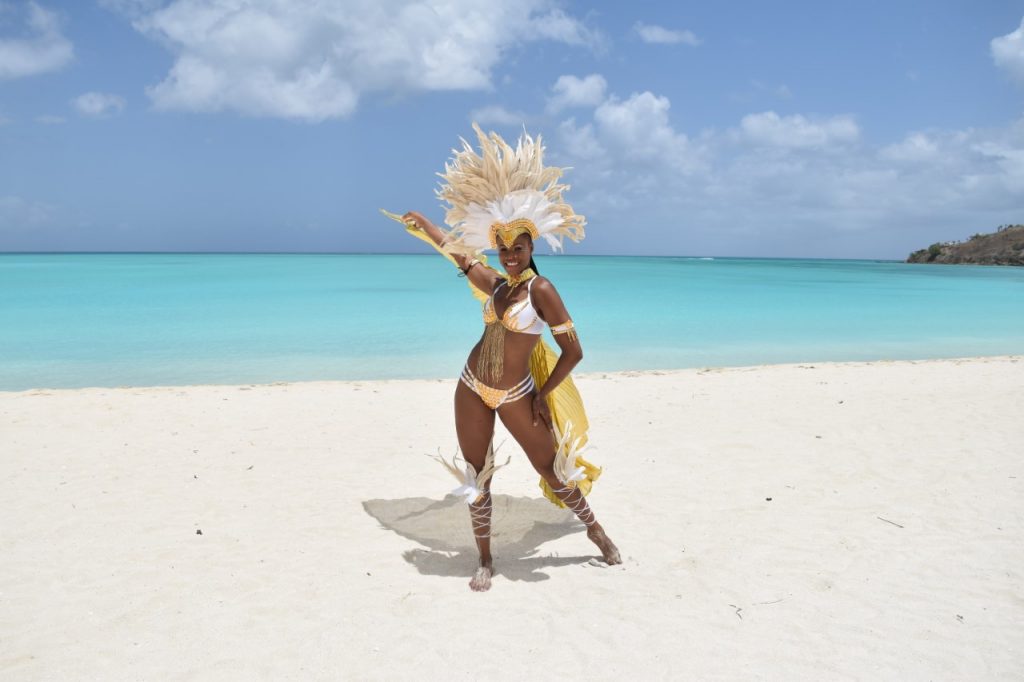 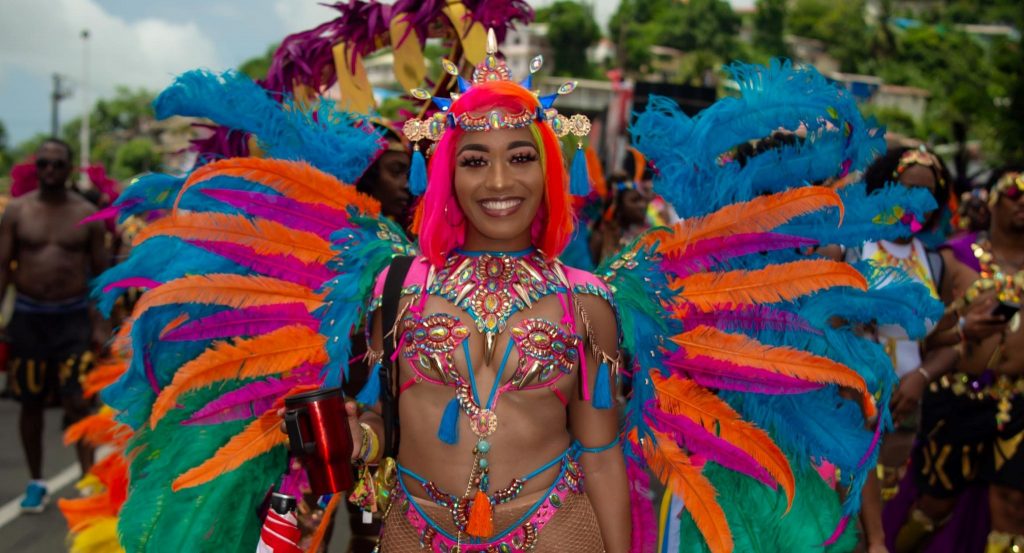 Undoubtedly, this is a true celebration of Caribbean culture, history, and creativity. Revelers take part in parties, competitions, and fetes such as the Power and Groovy Monarch, Senior and Junior Panoramas, Steel Pan Competitions, and the Inter-Commercial House Calypso Completion. There are dozens of community events and of course a continuous calendar of parties. The energy is in the air as the street parade of live bands, and music featuring DJs blast throughout the day. 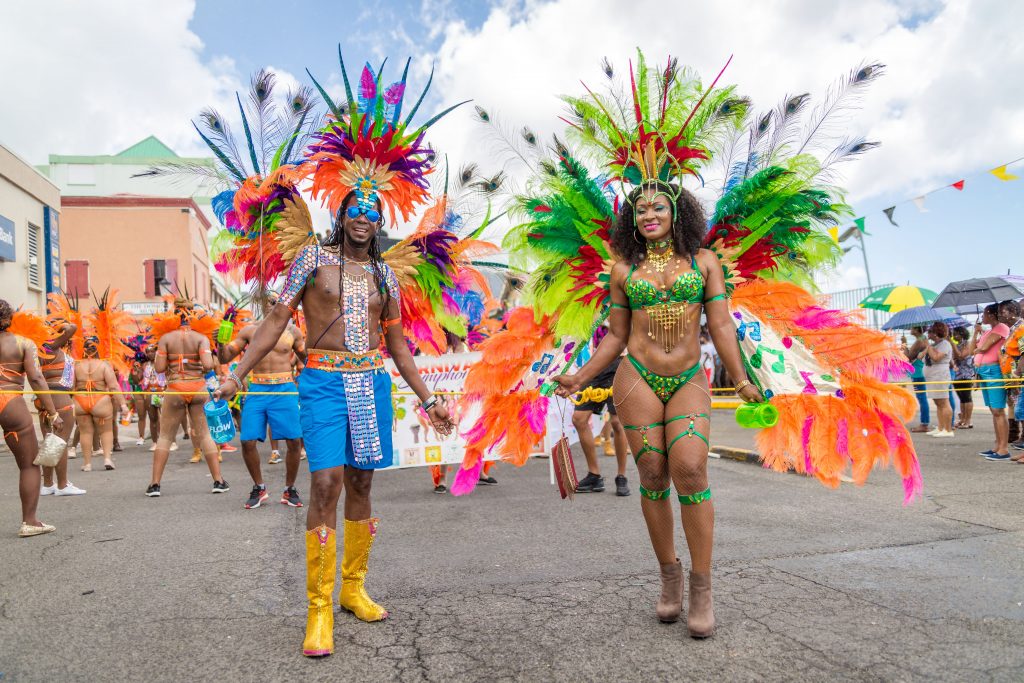 Certainly known as “The Real Mas” because it holds true to past African and French traditions, revelers enjoy a cultural explosion of music, art, dancing, and singing in the streets. Originally founded to celebrate freedom from slavery, carnival attendees masquerade in costumes such as Sense or BwaBwa, dance to Calypso and Bouyon music through the early hours, and groove to drumming by the La Po Kabwit Band. Moreover, the festivities also include Showdown Mas Camp, Panorama by de Bay, and Carnival Mothers Queen Show.

This premier event began more than 300 years ago when the Bajans celebrated the end of sugar cane growing season. It has evolved into a fabulous festival of Barbados heritage, music, dance, culture, food, and art in which visitors, including superstar Rihanna, come to visit. The culturally immersive celebration includes the Grand Kadooment Day, Pic-O-De-Crop Competition, Cohobblopot, Tune-of-the-Crop, People’s Choice Soca Monarch Competition, Bridgetown Market Street Fair, and Ceremonial Delivery of the Last Canes too. 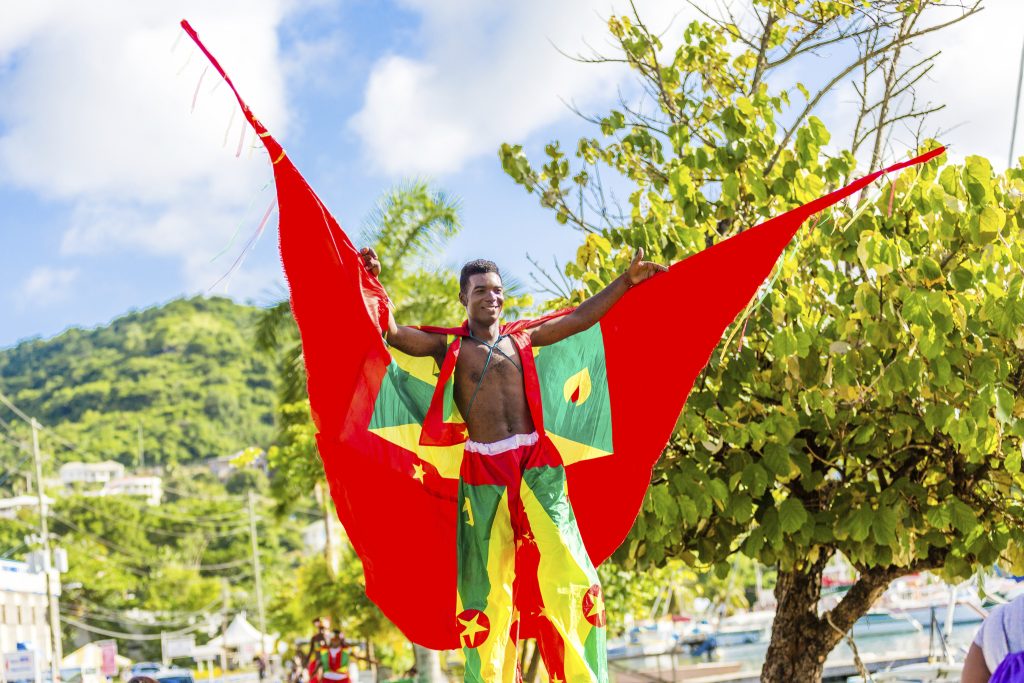 Celebrating African, French, British, and Caribbean heritage, the carnival is presented by the tri-island state of Grenada, Carriacou, and Petite Martinique. The crowd can witness Grenada’s top calypsonians, power soca and groovy soca artistes compete for coveted titles of Calypso Monarch, Soca Monarch, and Groovy Monarch. Steel bands compete for the Panorama Champion. On this occasion, other festivities include Carnival Sunday’s Canboulay, Jab-Jabs parading through the streets beating drums, and performances by Fancy and Traditional Mas’ Bands. Furthermore, participants cover themselves in paint, oil, tar, mud, molasses, or chocolate to prepare for the J’ouvert parade.

This summer festival typically begins the last Friday in June. The spectacular celebration is complete with calypso, soca, and steel pan performances. Further, tourists dance in the streets as the locales honor their culture, heritage, and tradition. J’Ouvert begins at pre-dawn. Throughout the celebration there is the Miss Saint Vincent Competition, Miss Carnival, Carnival King and Queen Competition, Soca Monarch Competition, and the Junior Pan Fest. A huge crowd pleaser is the Mardi Gras Parade of the Bands.

For an in-depth look at carnivals worldwide, visit www.Carnivaland.net. To make reservations, visit Hotels.com, Expedia.com, or VRBO.com. To have a specially curated trip planned just for you, contact Brenda O’neale of With This Ring Destination Wedding and Honeymoon Travel Agency at https://www.withthisringdwh.com/.

This trinity of festivals in Brazil, the UK, and Canada collectively bring more than five million visitors to their popular destinations annually. They are the best global carnivals you won’t find on any island and partygoers make plans to revel in these phenomenal experiences well in advance. Visit their websites and Instagram pages to stay “in the know” and get the Carnival dates for this year and 2023.

Of course, the carnival of all carnivals has more than two million visitors descend on the beautiful city for the world renown festivities. Consequently, their are five fun facts. First, the first carnival began 1723.  Second, it now has more than 200 samba schools and is widely considered to be the largest carnival in the world. Third, highlights are the dazzling Magic Ball and captivating events in the Sambadrome Stadium. Fourth, there are fabulous floats and street dancers such as Blocos and Bandas of Rio. Fifth, block parties in Copacabana, Leblon, and Centro go on day and night.

Presented by the British Afro-Caribbean community, the carnival gets more than two million visitors each year. Without a doubt, revelers enjoy the Soca, Calypso, Jungle, House, Drum & Bass, and Steelpan music while dancing through the streets. Hence, elaborate floats and masqueraders are in integral part of Europe’s largest street festival which takes place each August bank holiday weekend.