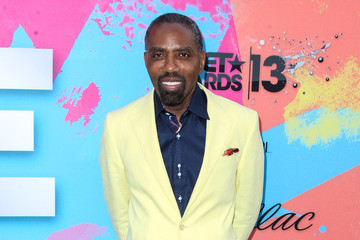 With today’s climate of social and political unjust, many messages of equality,  like #BlackLivesMatter, are resonating from influencers, game changers and people of interest in the Afri-can-American sect. In that same  spirit, from the 27th floor of a power-filled building in Manhattan, Louis Carr sews into the world with a similar message – #BlackSuccessMatters. With more  than 15 impressive years as President of Media Sales for BET under his belt, Carr understands the importance of each  one teaching one the steps to climb the corporate ladder to life-changing heights of pre-deter- mined  success, just as he does in his debut literary work Dirty Little Secrets. “My staff encouraged me, more  than anybody, to write this,” he begins. “The book is for people who were like myself – mostly first generation employees in corporate America with no examples or guides to the Do’s and Dont’s of the system,” he says, acknowledging the mantra that experience is the best teacher.

Carr entered the industry working under the tutelage of John  H. Johnson, founder of the iconic Johnson Publishing  Company, and knew he was in for the experience of a lifetime after being what he considered “insulted with love” during  his interview and after getting hired. “When  I interviewed with John  H. Johnson I had on red shoes and you couldn’t  tell me I wasn’t clean”, he recounts. “He gave me the job and then  told me what I needed to correct, including never

wearing  red shoes again  and fixing the button on my shirt. I now teach that in my organization, the Louis Carr Internship Foundation, to the young  people that come in.” He pauses and concludes, “It’s a must to understand corporate culture  and to not be too far off the scale of it.”

With that, his focus goes back to Dirty Little Secrets. “I just want people to get  there faster than I did. The book is essentially a shortcut to success.” Further  describing it as a catalyst to developing stronger vision and leadership skills, Carr is adamant about crediting these tools for turning  his life around. “A lot of people don’t know how important vision is and they only see the immediate,” he says. “I was a happy  [poor] kid growing up and didn’t mind the things  I saw in front of me. It wasn’t until after Mr. Johnson hired me and told me to move out of the ghetto that I realized there was a lot more  world to see.”

Now, after thirty years at BET and 30 years of marriage, he couldn’t be more  excited about what’s to come, mainly sharing  the anecdotes to his success to kick start someone else’s. “I truly believe that people still have a great hunger and thirst for opportunity and I like to fuel their fire.” He smiles then  speaks. “One thing I love to do is take young kids to my offices. This one looking down Broadway and the one in Chicago that gives you a clear view all the way to Indiana.” He continues, “I’m just here  to share.  It’s all about sharing.  Really, share everything you know it takes to be successful, including the ups and downs.  It’s necessary.”

We’re interrupted by a call beckoning him to a meeting. He stands and it’s obvious that  the advice of his elders has stuck with, as he’s dressed immaculately – still putting his best foot forward. “I believe we’re all predestined for whatever our journey will be,” he says before offering a final salutation and concluding. “When  I look back in the rearview mirror I probably would do a lot of things  differently. Yes, I made mistakes but I got second chances. Life is always about trying again.” I’m inspired. I’m also wearing  red shoes. Maybe that means greatness is right around the corner.

THE BOSS NETWORK HOSTS 'LADIES THAT LEAD: AN EVENING WITH MICHELLE WILLIAMS