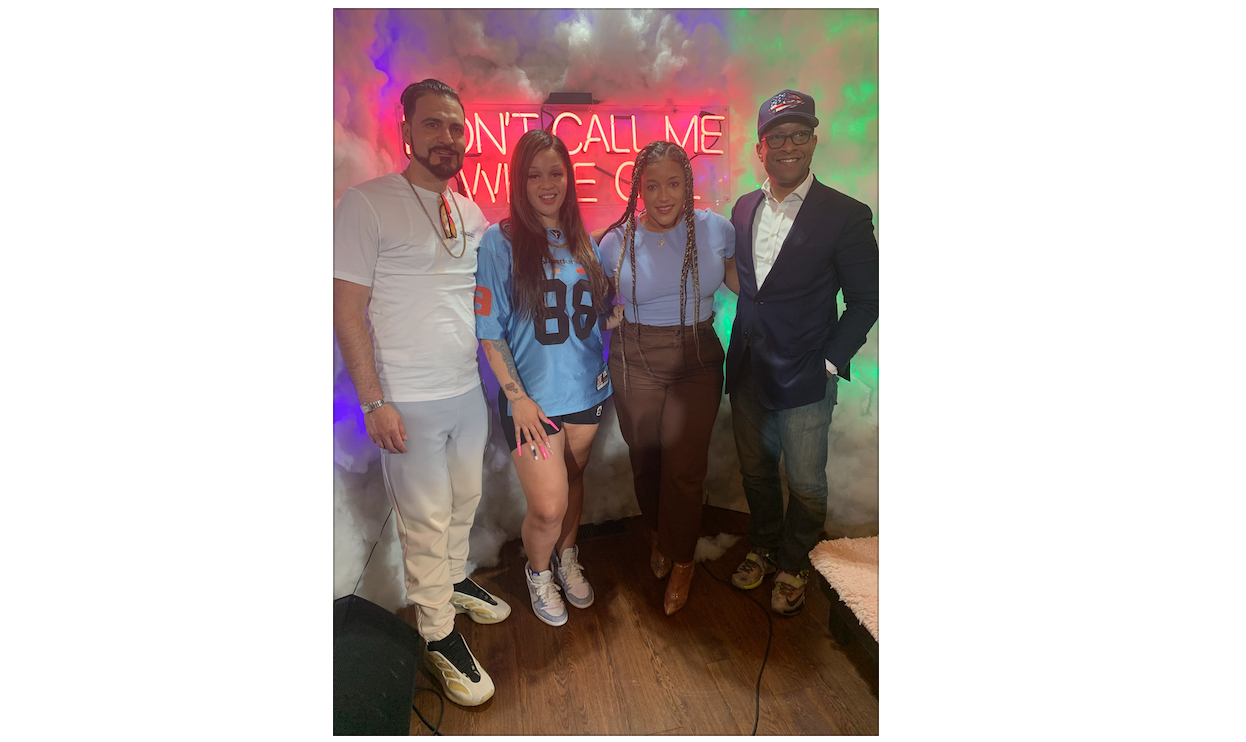 “For a really long time, folks have asked me, ‘Where’s your show?’ ‘Where’s your book?’ Well, with Culturati, I get to have the best of both worlds,“ says Kierna Mayo, one of the culture’s leading Black women in media and co-founder of the former Honey magazine.

Mayo’s bi-weekly audio podcast, Culturati: Conversations with Kierna Mayo is a colorful sonic world where Black women from Gen X to Gen Z – bougie and ratchet notwithstanding – are the official standard-bearers.

Mayo is among several content creators who has joined forces with Breakbeat, which is the brainchild of media visionary Dave Mays, creator of The Source magazine, and business and finance heavyweight Kendrick Ashton. Breakbeat is the first multi-media podcast network built to serve the interests and perspectives of the global hip-hop community.

Mayo adds, “Not only am I telling my own stories, but I’m sharing the intimate talks I usually have in private with other creatives in the culture—and I still get to write. Scripting for Culturati is a dream, and #storytime is real! Plus, we interrogate pop culture and politics, sex, and struggle—on the podcast, absolutely everything is fair game.”

The company’s first division is Breakbeat Media, which provides an awe-inspiring collection of premium audio and video content from within the hip-hop community.

“The compelling stories, nuanced and sophisticated perspectives, and inspiring history of hip-hop need a platform that unapologetically embraces the beauty, power, and importance of the culture,” says Ashton, co-founder of Breakbeat, which will also launch a technology division. “Breakbeat will be wholly immersed in the culture, not visiting or critiquing it from afar.”

Mays explains, “Hip-hop has been the biggest influence on everything I have done in my life in the last 30 plus years. I think of everything that I did at The Source. In some ways, I didn’t get to finish the job. I have been thinking about ways to create something new in this totally different world we’re in now that is dominated by digital and social media. Podcasting has become this really dynamic, fast-growing space that I think is super powerful and will continue to grow and become even more influential. It’s a medium where new voices can be heard, new talent can be uncovered, new perspectives, different perspectives that are not shared through mainstream media can be introduced. Breakbeat has a lot to offer to hip-hop and at the same time, hip-hop has a lot to offer to podcasting.”

Breakbeat is rolling out a roster of shows featuring emerging talent and veteran voices, each designed to tap into the unique sensibilities of the multi-generational hip-hop community including The Don’t Call Me White Girl show features rising comedian, and viral social media sensation Don’t Call Me White Girl, the “Unsigned Hype” of Breakbeat, as well as The Wrap It Up Show Starring Funny Marco, a weekly audio-visual podcast hosted by breakout Instagram star and sketch comedian Funny Marco.

Mays, a D.C. native has always had a knack for identifying talent. “The Unsigned Hype” column of The Source magazine debuted in the May 1990 issue. It was a column that was devoted to identifying promising new talent.

Mays points out, “It’s how we discovered Biggie, DMX, Common and Mobb Deep. I discovered Tyson Beckford and launched his modeling career. I discovered Aaron McGruder, the creator of “The Boondocks.” There are so many people now working in film and TV that got their starts at The Source, the Dream Hamptons of the world. Carlito Rodriguez who’s been writing for “Empire” and doing other incredible things. Selwyn Hinds and Mike Elliott, and a lot of other people that came through The Source and have gone on to achieve great things. It has always been in my DNA to give people opportunities. You don’t have to have a certain type of résumé or credits to get in the door with me.”

Mays concludes, “I see no limits to where Breakbeat can be in 10 years. The Dave Mays Show will be coming in the next couple of weeks. This is the first time people will really hear from me. I have always been the behind-the-scenes type of guy, never really wanted to put myself out there. It’s a different day and age now. I think that my voice and my perspectives are going to resonate with a lot of people from the culture and community more than they would have with anyone else in the media world.”