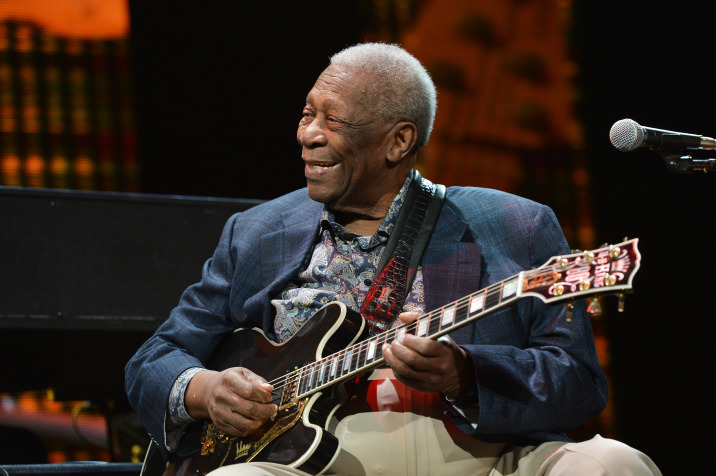 The musician, dubbed ‘King of the Blues’ for his influence on the genre he dominated for nearly seven decades, died in his sleep at his Las Vegas residence, attorney Brent Bryson said. He was 89-years-old.

The news comes two weeks after it was announced the ailing artist entered home hospice care in early May. In April, King’s daughter confirmed to the Los Angeles Times that her father was hospitalized for diabetes-related dehydration. At the time, Claudette King told the Times the blues legend, who had battled Type II diabetes for more than 20 years, was “much better.”

Best known for his unique mix of blues and jazz, his gritty voice and his electric Gibson guitar “Lucille,” King has been honored with a Presidential Medal of the Arts, honorary doctorates from Yale and Brown, a Kennedy Center Honor and an induction into the Rock and Roll Hall of Fame, among other accolades.

He has also been the recipient of 15 Grammy awards — the first for his 1970 hit “The Thrill Is Gone” which went on to be one of King’s most popular and referenced masterpieces.

WILL HARRIET TUBMAN BE ON THE NEXT $20 BILL?