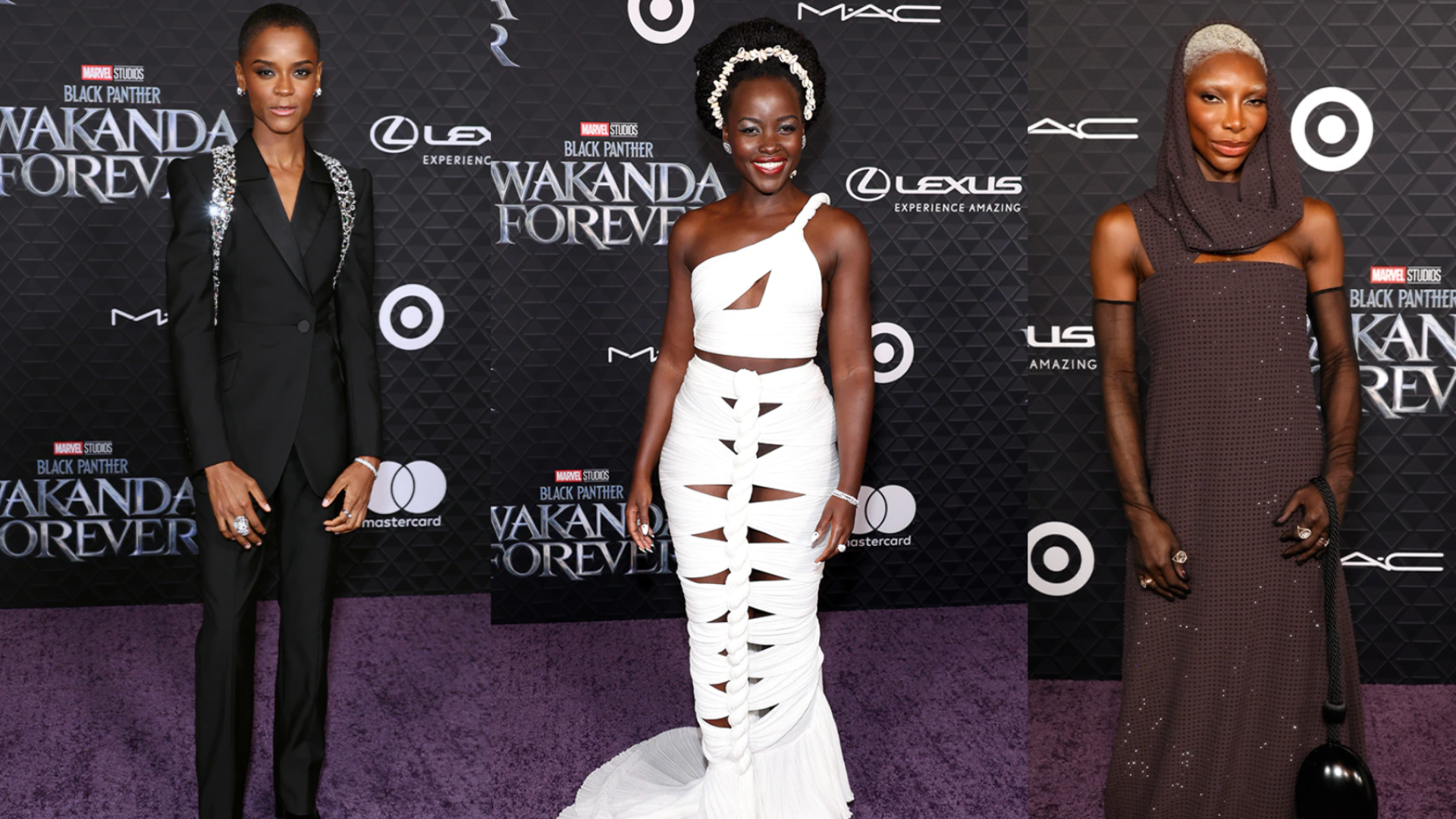 As anticipation builds for “Black Panther: Wakanda Forever’s” release on November 11, 2022, its world premiere on Wednesday night laid the foundation for fierce style as attendees, including Rihanna and Tyler Perry, took to the purple carpet.

The film’s predecessor was met with overwhelming success in 2018, yielding two Golden Globe Awards, three Academy Awards, and two Grammy Awards, among many many others. Filming for the sequel first began in June 2020, but production halted in August 2020 following the untimely death of lead actor Chadwick Boseman. Suffering a tragic loss, and the grief that followed, a women-led cast rallied together to depict strength and relentlessness, not only through their performance but through their costumes.

Fashion is such an integral part of this narrative, and celebrities embodied this philosophy as they celebrated the return of the revolutionary franchise in style. Between the intricately quaft braids, boundless ruffles, and pops of color, the crowd did not disappoint. Rightfully so, motherland influence was injected into many looks, offering authentic insight into heritage and culture. All while we bask in excitement for what costume designer Ruth Carter has in store, here’s some of our favorite looks from the night.

Glowing reviews have already surfaced, and I’m looking forward to fans flooding the theaters and the timeline decked out in their best African garb.