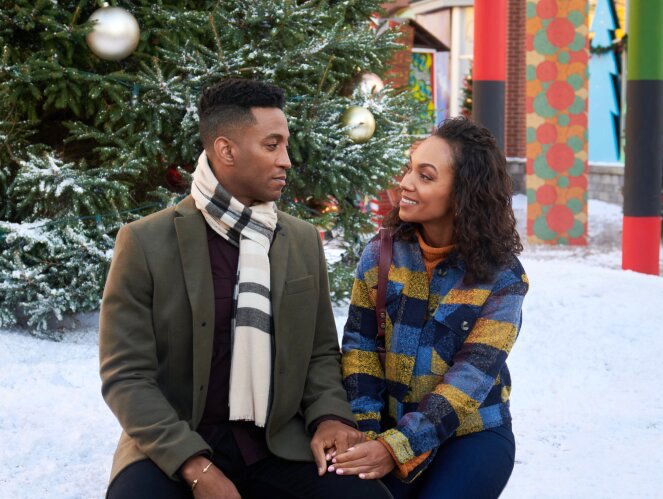 This year’s lineup of Black holiday films made for television are putting love and romance in the air on the countdown to Christmas. Get your popcorn and eggnog and enjoy these yuletide offerings.

The Great Holiday Bake War – OWN

Premieres: Dec. 3
Cast: LaToya Luckett and Finesse Mitchell
Julian and Brianna, old rivals from baking school meet again in a TV competition having separate plans on how to win, they will learn that by working together they can create a new recipe for success and love.

Premieres: Dec. 3
Cast: Nadine Ellis, B.J. Britt, Karon Riley, Tamala Jones, Mykelti Williamson
RJ is a new angel, who is given the chance to address his one regret, that he didn’t help his sisters reconcile while he was still alive. Returning to earth as a stranger, he gets each of them to revive the Holiday Stocking, their parent’s old tradition to encourage charity at Christmas.

Premieres: Dec. 3
Cast: Keshia Knight Pulliam, Brad James, Patti LaBelle, and Tim Reid
Grace Hill and Anthony Brown could not be more different. Despite having gone to college to study architecture together, their lives took them on separate paths. But when they’re both hired to work together on the home of Loretta Brown—a New Orleans praline icon—the two find themselves stuck working together at Christmas…and butting heads over more than just architecture.

Premieres: Dec. 4
Cast: Holly Robinson Peete, Lyriq Bent, and Aloma Wright
Follows a single mother and her teenage son with autism, who come to a crossroad during Christmas.

Premieres: Dec. 5
Cast: Mya Harrison and Rainbow Sun Francks
Follows Abby, a promising singer-songwriter, as she rediscovers her voice and goes after her dreams and lets the possibility of love in too.

A Miracle Before Christmas – BET+

Premieres: Dec. 8
Cast: LeToya Luckett, Romeo Miller, Keith David, Demetrius Shipp Jr, Paula Jai Parker and Porscha Coleman
With a little help from an angel, Mercedes Wright, a fast-talking popular relationship therapist with all the answers when it comes to fixing everyone else’s marriage, must now use the magic of Christmas to find the secret to save her own. 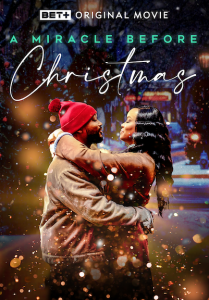 Premieres: Dec. 10
Cast: Naturi Naughton, Luke James, Kirk Franklin and Lorea Turner
Caught in a blizzard on Christmas Eve, estranged mother and daughter Journee and Nia are forced to take refuge inside a church where a handful of also-trapped parishioners are reeling from the cancellation of their annual holiday concert. The spirit of the season takes hold as Journee and Nia weather the wintry storm together with the other churchgoers, including handsome youth pastor Adam and a heavenly music teacher, who motivate the mother and daughter to reconcile their differences through music, faith, and love. With the help from this unlikely yet spirited group of strangers, Journee and Nia band together to help the church salvage not only their holiday traditions, but also their show-stopping Christmas day performance, despite the raging storm outside.

A Christmas Fumble – OWN

Premieres: Dec. 10
Cast: Eva Marcille and Devale Ellis
Nicole is the “queen of crisis management” who is assigned the most difficult task: ex-footballer Jordan scandal, trying to hide that she and Jordan were ever dating, efforts to rehabilitate Jordan’s image are undermined for his fiancée.

Premieres: Dec. 16
Cast: Lyndie Greenwood, Brooks Darnell, Holly Robinson Peete
Ella returns to her hometown to mend fences with her fractured family. With the help of Griffin, her ex-boyfriend, she encourages her family to celebrate Christmas and Kwanzaa and to heal their past wounds before it’s too late.

The Snowball Effect – UP TV

Premieres: Dec. 24
Cast: Anjali Khurana and Landon Moss
Rival meteorologists tracking a massive snowstorm in the town of Mistletoe must work together to get home in time for Christmas.