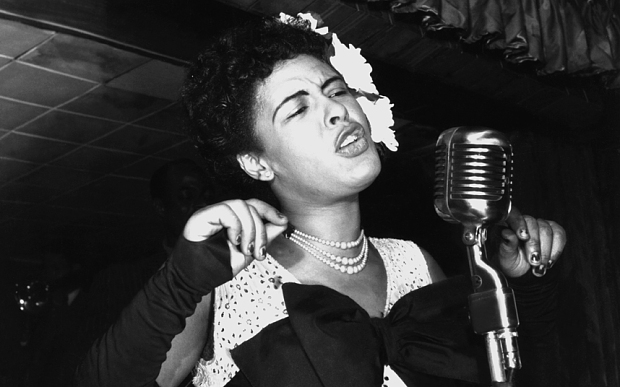 More than 56 years after her death, jazz singer Billie Holiday is returning to Harlem’s famed Apollo Theater, as a hologram of sorts.

To bring back the singer known as “Lady Day,” who died in 1959, the theater is partnering with Hologram USA, which also produced the digital resurrection of Tupac Shakur at the Coachella Music Festival in 2012.

The idea apparently isn’t to re-create Holiday for concerts but rather as part of a permanent educational installation at the historic theater.

“Billie is going to be able to talk about the history of the Apollo. She can take questions from the audience in an interesting way. She can sing some songs,” The New York Times quoted Apollo President Jonelle Procope as saying.

The theater has a deal with Holiday’s estate to re-create the singer, and her voice will be used in the show, according to the Times. Holiday appeared at the Apollo more than 30 times.

This latest appearance won’t be quite a full-on Princess-Leia-popping-out-of-R2-D2’s-head sort of a hologram.

To create its images, Hologram USA uses a modern twist on an old stage trick called “Pepper’s Ghost,” in which ghostly images from a hidden part of a scene or stage appear on a piece of glass visible to the audience.

The technology bringing Sinatra, Tupac back to life

The company’s website says it sometimes uses body doubles and animation techniques to create its imagery. It can also use motion-capture technology.

Hologram USA will use the tech to bring back country singer Patsy Cline for a concert experience in 2016 and plans to use it to digitally revive classic comedians including for the National Comedy Center in Jamestown, New York.

Holiday, who would have turned 100 this year, is among the most revered and influential voices in jazz. She recorded her first record at 18, according to her website, and played with some of the most acclaimed musicians of her time.