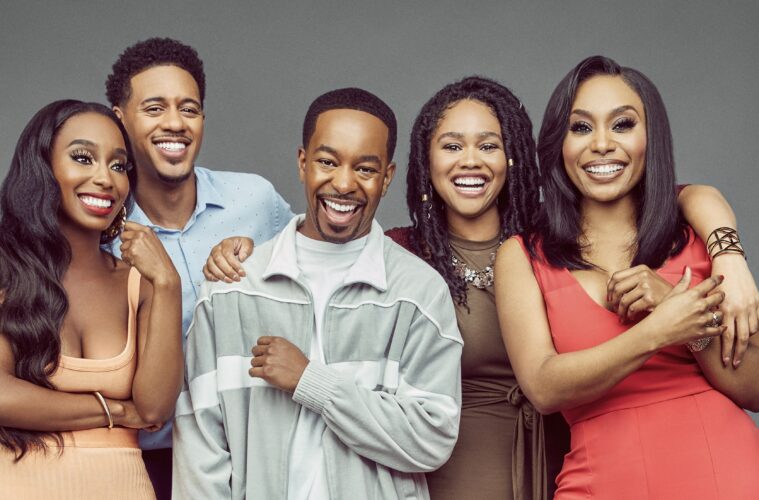 Since September 19, BET+ viewers have been engrossed in the Will Packer-produced sexy and funny comedy, Bigger. Tonight the first season comes to an end.

If you haven’t been watching or need to be caught up, the action is simple. Layne (Tanisha Long) should have it all. She’s young, attractive and kind, but the boutique owner isn’t content. She loves her boyfriend Greg (Warren Burke), a successful gynecologist, but she doesn’t love their sex life. When she gets it popping with another man who knows how to throw down in the bedroom, her life gets complicated and her college friends, Veronica (Angell Conwell), Tracey (Rasheda Crockett) and Deon (Chase Anthony), along with her cousin Vince (Tristen Winger), are there through it all.

Of course, Layne’s friends have drama of their own: Vince is a struggling strip club DJ who refuses to let the 1990s go; Deon is trying to excel in a company dominated by white men; Tracey is adjusting to life as a former basketball exe reality star; and Veronica is trying to secure the bag as a real estate agent, but also guarding her heart through a rotation of men, one who is a friend to the group.

Set in Atlanta, the ten-episode series created by newcomer Felischa Marye, a former PR/marketing executive, has Girl Trip vibes. And, like that movie, it has a great cast where good chemistry abounds. As the crew searches for something bigger and better in their lives, it’s hard not to get wrapped up, even if some storylines stumble at times. Ultimately, it’s the familiar feeling of searching for your real life in love and career after college brought to life by a believable cast that drives the show.

So if you been with Bigger all the way, grab the popcorn and get ready for Layne’s complicated love life to end in a heck of a cliffhanger that makes a second season a necessity. If you’ve missed all the fun, don’t worry: They call it BET+ for a reason. That means you can catch up anytime.

Bigger is streaming on BET+ now