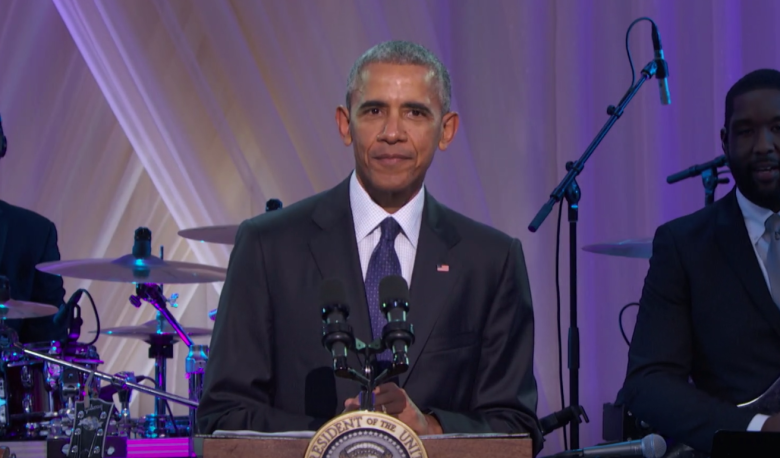 Last month the White House hosted the musical tribute “BET Presents Love & Happiness: An Obama Celebration.” The event was televised on Tuesday, November 15 on BET and served as a love letter to President Barack Obama and First Lady Michelle Obama.

Obama began the night by saying some words on how special the event was, “It’s with a little bit of bitter-sweetness that this is our final musical evening as president and First Lady.”

He then explained the history of holding live performances at the White House and described how Chester A. Arthur opened the doors to the all-black Fisk Jubilee Singers, Theodore Roosevelt had Scott Joplin and how the Kennedys did the twist.

“[That] may not sound like a big deal to you, but that was sort of the twerking of their time,” Obama joked. “There will also be no twerking tonight — at least not by me. I don’t know about Usher.”

Ush”@BET: .@Usher got folks thinking they in a club and not on the @WhiteHouse lawn and we love it! #ThankYouObama pic.twitter.com/ml0HK13mzI“

Check out IndieWire.com for more concert highlights included Common singing “The Light,” as well as his Academy Award-winning song “Glory.”

This article originally published on IndieWire.com