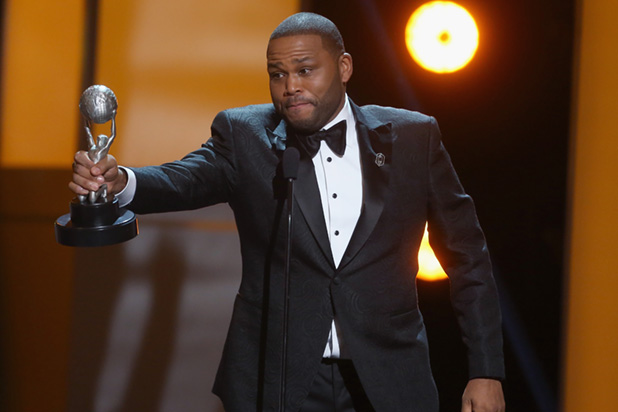 Well, who didn’t see this coming.

“Black-ish” star Anthony Anderson had the honor of hosting the 47th annual NAACP Image Awards and did not disappoint. He opened the two-hour show with “Nominees With Attitude” – an NWA-inspired musical number giving props to highly acclaimed films like Creed and Beasts of No Nation.

In his opening monologue, he quickly addressed the elephant not in the room-Stacey Dash, saying: “She’s like Ann Coulter dipped in butterscotch.”

In addition to his role as host, Anderson was among the first to snag an award during the ceremony. He won the award for best actor in a comedy series, and he wasn’t the only to drop some knowledge about Hollywood’s ongoing diversity issues.

During her acceptance speech for Outstanding Actress in a Drama Series, Taraji P. Henson also lent some powerful words about the #OscarsSoWhite controversy: “We don’t have to ask for acceptance from anyone. We are enough and we’ve always been enough.”

THE BENEFITS OF EATING TURKEY