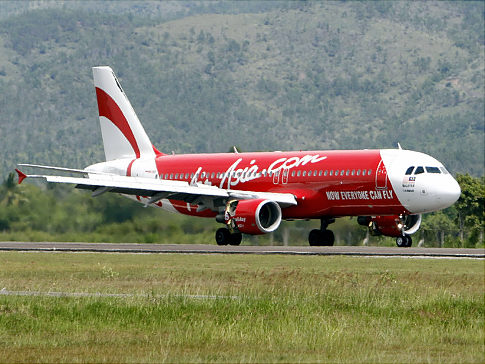 The discovery of debris from AirAsia Flight QZ8501 means investigators have taken a big step toward answering the questions haunting the families of those aboard the doomed plane. What are the key questions, and what might come next?

What caused the plane to crash?

It’s the million-dollar question. And as yet, nobody knows. Ahead lies a possibly months-long investigation into what happened after the Airbus A320-200 lost contact with air traffic control early Sunday.

Shortly beforehand, the pilot requested permission to turn and climb to a higher altitude because of bad weather, according to Indonesian officials.

Some experts have said the aircraft might have experienced an aerodynamic stall because of a lack of speed or from flying at too sharp an angle to get enough lift.

Analysts have also said that the pilots might not have been getting information from onboard systems about the plane’s position or that rain or hail from thunderstorms in the area could have damaged the engines.

The key to understanding what happened is likely to be contained in the aircraft’s cockpit voice recorder and flight data recorder, commonly known as black boxes.

“Until we get the black boxes, we won’t know what’s going on with the engines,” Bill Savage, a former pilot with 30 years of experience, told CNN.

How will search crews retrieve bodies?

The recovery of the crash victims is the first priority for those involved in the operation.

The body of one woman has been retrieved, Indonesian navy official Manahan Simorangkir told CNN on Tuesday. But large waves have prevented crews from getting to a second body, he said.

Helicopters can lower divers to help recover bodies and debris from the surface of the water. Surface vessels may also play a role, as may submersibles if bodies are trapped in wreckage below the surface.

There are some victims who will be on the surface of the water and others trapped in the wreckage at the bottom of the Java Sea, about 140 feet (43 meters) down, said Peter Goelz, the former managing director of the U.S. National Transportation Safety Board.

It will be a challenge for divers to reach bodies because that depth is as far as a diver can descend, he said. The divers will probably have to use recovery chambers — systems to help their bodies acclimate and continue. “It will take time,” Goelz said. “You have to find the debris field, and that will take a week or 10 days.”

How will they be identified?

Hospitals in the Indonesian city of Surabaya are being prepared to help house and identify bodies recovered off the coast of Borneo.

To help them, heartbroken relatives have already been asked to bring along photographs of their loved ones and to provide DNA samples.

But finding and identifying the bodies of all 162 people on board is a big task. And not all those aboard may be found.

A recovered body wasn’t wearing a life jacket. What could that indicate?

Goelz said that could mean that whatever happened to the plane, it happened quickly. It’s possible that passengers didn’t have time to act, said Mary Schiavo, a lawyer and former inspector general of the U.S. Department of Transportation.

Could any of the passengers have survived?

But there have been air crashes in the past where there has been a sole survivor, said Deborah Hersman, president of the National Safety Council and former chairwoman of the U.S. National Transportation Safety Board. Finding anyone alive would be an incredibly unlikely scenario, she said.

A searcher said he could see the shadow of a plane through the water. If that’s true, what then?

If that claim if true, searchers will go to the tail of the plane to recover its flight data recorder, Schiavo said.

With the help of sonar, it shouldn’t take long to recover recorders that contain an account of what happened on the plane, said Tim Taylor, a diver with 30 years of experience and an expert on submersible techniques and tools.

The plane’s pingers, or underwater locator beacons, are still going off, Taylor said, so that should help speed up recovery of the recorder.

How will they find and retrieve the wreckage?

The debris was found in the Karimata Strait, about 110 nautical miles southwest of the Indonesian city of Pangkalan Bun, AirAsia said. That’s just 6 miles from the plane’s last known point of contact.

Divers and ships with sonar equipment are being sent to the site, where the water depth varies between 25 and 30 meters (about 80 to 100 feet), said Bambang Sulistyo, head of Indonesia’s search and rescue agency.

As was the case in the search for Malaysia Airlines Flight 370, a towed pinger locator could be used to pinpoint the flight data recorders.

Schiavo said the proximity of the wreckage to the last known radar point suggested that there was not an inflight breakup and that the plane may have hit the water intact.

The shallow depth of the water also means that heavy pieces of wreckage are not likely to have drifted very far before reaching the bottom.

Any large pieces of the plane will be brought up so that they can be reconstructed as part of the crash investigation.

But first, the site must be mapped because the location of the separate pieces is an important part of figuring out what happened, Taylor said.

What does the debris found so far indicate?

The sight of an emergency exit door floating free on the water, as well as some life jackets, may raise questions about whether the crew had time to deploy safety equipment before the plane hit the water. But Schiavo said she has seen other crash sites where the emergency exit door or chutes had popped out without being deliberately deployed.

“In many cases, those things just come apart as the accident aircraft breaks apart in the water — but we certainly need to know that,” she said.

When found, the cockpit voice recorder will probably help determine whether orders were given to prepare for a ditching in water.

What’s next for the relatives of the victims?

The families of those on board got the news they were dreading Tuesday with confirmation that the wreckage of the plane had been found.

Some fainted as they live watched a news conference about the discovery of the debris and saw video of a helicopter lowering a diver to what appeared to be a floating body. Others burst into tears.

The key element is to keep the relatives informed while the investigation continues, said Hersman.

“It’s about making the decisions to share the information with the family,” she said. Those in charge also need to maintain credibility by making sure they have the facts correct and share them in a timely manner, she said.

It’s also important to protect families amid the media frenzy, she said, particularly when distressing scenes are broadcast — for example, of bodies being brought up.

Hersman also pointed to the impact of the news of the AirAsia crash on the relatives of those lost in other air disasters, such as the mysterious disappearance of Flight 370 in March. The search for that plane continues, 10 months later.

“The lack of ability to close things down emotionally is just exhausting,” Sarah Bajc told CNN on Monday night. Her partner, Philip Woods, was on board MH370.

When news broke that another plane had disappeared this week, Bajc said, “I just started to shake.”

Flight 8501 took off two hours ahead of schedule. Is that something investigators will consider?

Schiavo said they will take that into account. A plane leaving before its scheduled departure time is unheard of in the United States, but that doesn’t mean it isn’t common practice in other countries, she noted.

“The question I would have is why,” she said. “Were they trying to beat the weather?”

THE FASHION INDUSTRY’S MOST ANTICIPATED AWARD CEREMONY, THE CFDA AWARDS 2015

SO YOU WANT TO START YOUR OWN BUSINESS?