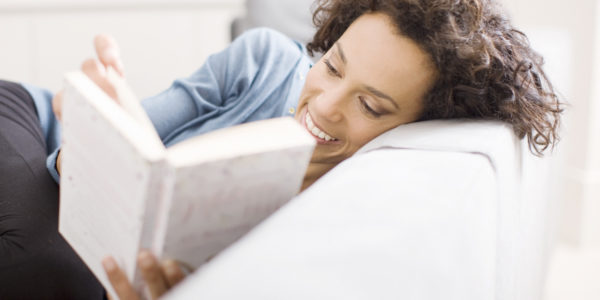 This past year was filled with so many jaw-dropping events that many of us might have forgotten to sit back, relax, and read a good book. Here’s an in-depth look at five African American written novels from late this past year that you might have missed.

1. Born a Crime by Trevor Noah

Published at the end of 2016, the Daily Show star writes his first autobiography on the trials and tribulations of his life that led up to his current fame in the television spotlight. Noah, born to a white Swiss father and a black Xhosa mother, was literally “born a crime”; at a time when mixed-race marriages were illegal in South Africa, Noah spent most of his life hiding away from his neighbors and friends until his family could escape from the country’s tyrannical rule. The novel, which is a collection of deep and compelling personal essays, follows Noah’s young life and the comedic and drama-filled breadcrumbs that led up to his position behind the desk at the Daily Show. These stories Noah shares give a great insight into the life of a man that, under the shell of laughter and political satire, he holds a history of danger, love, and drama that’s worth reading.

2. The Underground Railroad by Colson Whitehead

Like the title suggests, this fiction novel by award-winning black author Whitehead combines the classic tale of the underground railroad journey with a twisting personal adventure. Cora is a young woman on a cotton plantation in Georgia, and with the help of a fellow slave named Caesar from Virginia, they both decide to risk their lives and escape to the underground railroad. On their journey, they encounter new friends and new cities, while also being hunted by slave catchers that will do anything to impede their freedom. Published in late summer of 2016, this novel is a must-read for anyone who craves a genuine, heartfelt and edge-of-the-seat thriller that brings a new take on a well-known tale of the plight of slaves in a dangerous era.

3. The Mothers by Brit Bennett

Published in October 2016, this debut novel by Bennett contains many relatable and compelling aspects of young life that result in a rapid page turner for anyone. Set in a contemporary Southern California black neighborhood, the story follows Nadia Turner and her many secrets. While grieving for her mother’s recent suicide, Nadia becomes romantically involved with the local pastor’s son Luke and has to keep their relationship secret as well as their expecting child together. A secret love triangle blossoms between Nadia, Luke, and Nadia’s best friend Aubrey, and together the group tries to hold their secret lives together while also learning shocking and gripping secrets about each other in the process. This story beautifully combines the sheer significance of life’s “what-if’s” as well as the consequences of parenthood and what it means to be a good person in a challenging society for young black people.

4. I Almost Forgot About You by Terry McMillan

This lighthearted novel, published mid-summer of 2016 and written by African-American bestselling author McMillan, gives an empathetic look at what happens when you take chances. Dr. Georgia Young’s life seems to be perfect (great friends, family, and career), but she can’t help feeling stuck in a life that still doesn’t really feel like hers. This novel brings the reader inside a young woman’s courageous mind who decides to make dramatic changes in her life, which includes quitting her job, moving, and taking a chance at a “what-if” romance from her past. As an inspiring and approachable story, McMillan successfully shows what can happen when you try to find greater meaning in a life that is rightfully yours.

5. Writing to Save a Life: The Louis Till File by John Edgar Wideman

Award winning literary genius Wideman shines a spotlight on an unknown puzzle piece to the disturbing story of Emmett Till, a fourteen-year-old black boy who was murdered in Mississippi in 1955 for allegedly whistling at a white woman. After looking further into the crime story, Wideman discovers an interesting backstory; Emmett’s father Louis was murdered ten years before his son by the Army for rape and murder charges. Realizing there must be some wrongful connection between father and son, Wideman takes us along his investigation and for the first time reveals an intimately raw memoir of the Till family. Published in November of 2016, this well-researched and brilliantly engaging historical story about a father and son’s brutal history will leave anyone fulfilled with a righteous background to a story unknown.