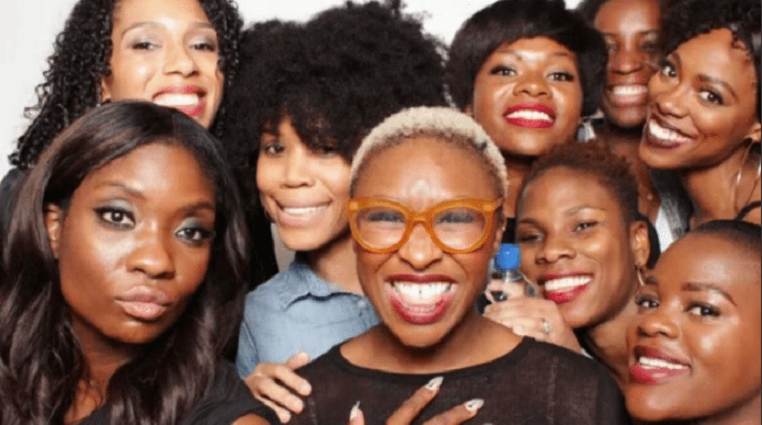 What makes a genuine girlfriend?

It’s a question often asked, but rarely answered in the best way. To build a life-long relationship with a group of girls, how does that work?

Like most, I’ve had my share of failed friendships. In high school, I had so many different groups of friends that it was hard find someone who liked me for me. In college, as a biracial young women in a historically white sorority, I didn’t know if anyone would truly understand me, and being an independent woman in the South, where I’m at the age of getting married and having babies, who will truly support my career aspirations?

My journey to solid friendships have been littered by fakers, posers and users. If you’re any sort of decent person, and especially when you’re younger, it can be hard to tell who has your best interest at heart and who’s there for the glory.

As you get older and get hurt by life, it can be a bit easier. Right after college I realized the importance of having people to depend on. There I was, 22 with a slew of “friends” but absolutely nobody to talk to. Sure, I had some childhood friends, but we hadn’t spoken about real world stuff in years; there were my sorority sisters, but did they really care about the ups and downs of my mediocre life? Sure, we all got drunk together at mixers, tailgates and various functions, but did they even see the world like I did?

Not everyone in your circle is beneficial for your growth.

I found myself alone in a sea of people, something I never understood until that moment. That’s when I started taking inventory of my friend stock. Who was really there for me? Who was just using me for good connections or a place to stay for the weekend?

Let me start by saying this: women aren’t bad. I’m not writing this article to bash women and the relationships they have. I’m merely stating that not everyone in your circle is beneficial for your growth.

Thankfully, there are likeminded women out there who are looking for equally fulfilling friendships, but first you have to recognize who should be a part of your circle and who you may need to let go. Here are three things to look for when building your tribe of women who empower you to be your best you.

Your tribe should be a manifestation of your spirit.

I spent way too much time giving to my friends, making sure they were supported and fulfilled in their own journey without asking for the same in return. Because, after all, isn’t friendship about giving and not expecting to receive?

In time I began feeling like I was on a one-way street of friendship.

I was focusing more on giving than getting, so I stopped giving. I took a break to see who cared, who reached out, and who actually asked me how I was doing in the world.

It was during that time one of my closest friends wrote a letter to me and, without prompt, stated “Don’t change who you are, just change the company you keep.” That may seem like a ‘duh’ notion now, but when I got this letter it was the equivalent to a lightbulb moment.

You see, when you continually give, you get to the point where the cost outweigh the benefits. You don’t want to keep caring when you feel others don’t. That’s the wrong way to look at it.

Your tribe should be nurturing, the place you go when the world has beat you up so bad, you don’t know up from down. They should be empowering, enough to get you back on the horse when you’ve fallen and lost your way. They should be supportive, cheering you on at every moment on every positive journey. They should fill your spirit each and every time you speak with them.

Your tribe should be honest.

This is a hard one as it also requires you to be honest with yourself. Girlfriends should not only be able to tell you when your dress is not the right fit for you body, but also when the guy you’re dating is using and abusing you. Your girls should be able to, and want to be, honest with you in every aspect. I had a lot of ‘yes’ friends growing up, ones that didn’t really care about where I ended up, so they just told me what I wanted to hear. That got me a in a lot of trouble. It led me down a path of not knowing or loving myself, a hard path to get off when you’re a young woman.

Focus on women who tell you the truth, be it brutal or otherwise. A friend who has enough balls to tell you something you don’t want to hear is a friend worth keeping. Once I had a friend who refused to listen to her friends. She chose to believe the lies she was being fed from her long-time boyfriend and distanced herself from everyone trying to help her. Shortly after that, she got a STD from said boyfriend after finding out he had been cheating on her the entire time and all of her friends were right. I’ve always taken that with me, because if you trust your friends with your clothes, hair and decor opinions – you should trust them with your life, too. If you don’t, find someone you do.

Your tribe should not be judgmental.

We’re all guilty of judging someone else and their actions, friend or not. A bit of judgment will always be there because it’s apart of human nature. What you don’t want is a friend that tells you one thing, then blabs to mutual friends about the ‘horrible’ or ‘stupid’ things you’re doing. We’ve all had friends like this, some of us still do. Those people are best kept at a distance. If you think of your life as a theater, they should be standing room–only available when another might be occupied.

I had a toxic friend like that for years. I was never sure what I did that made her so venomous to me when talking with others, but it never stopped.

It gave me severe anxiety and made me doubt my abilities as a friend because I couldn’t figure it out. But, the answer was simple: She didn’t love herself enough, so of course she couldn’t love me. Some people are just that way. Their judgments come from doubting or even hating themselves, which is only going to filter into your life the same way. Choose friends that don’t hold judgements against you, that allow you to make mistakes and learn lessons without constantly reminding you of who you were.

Friends are meant to represent different sides of your personality, different realms of your life. Girlfriends, especially, should not only represent those but challenge those realms. They should listen when you say you’re hurt; they should not only celebrate the the victories, but cry and pick you up from your losses.

I’ve questioned my friendships more than most, but now I’ve build a strong, beneficial and beautiful group of girlfriends. Being as we’ve had the year of the woman in 2015, let’s make 2016 the year of empowerment. Because that’s exactly what your girl squad does – empower you in all that you do.

What do you look for in your squad?