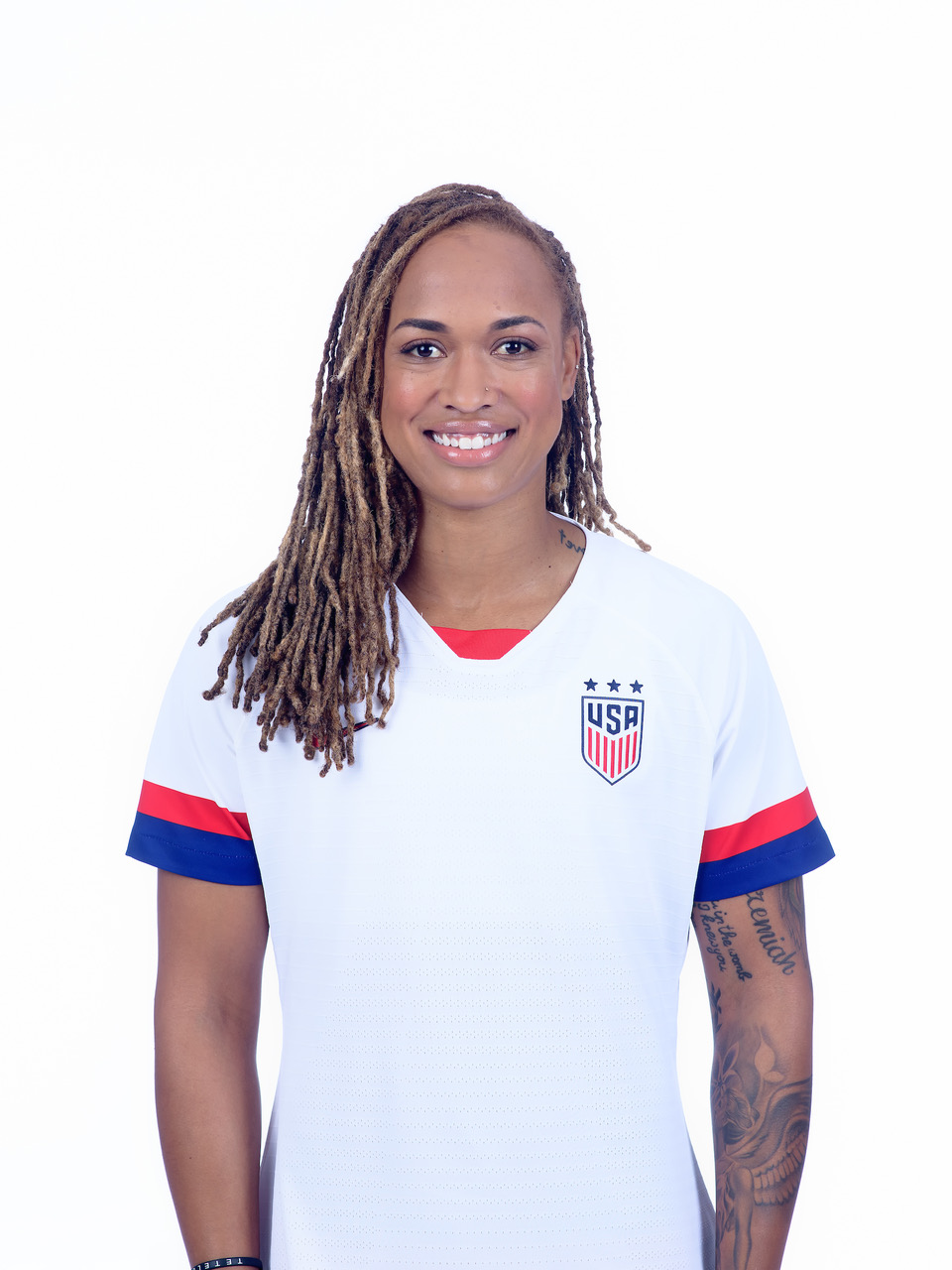 With the U.S.’s most diverse World Cup roster yet, these five fiercely talented women of color seek to bring home a win—and so much more.

Only four teams remain in this year’s Women’s World Cup soccer games held in France. Among the four remaining countries is the heavily-favored U.S. women’s national team (USWNT), which hopes to bring home their fourth championship title (The U.S. will face off against England Tues., July 2nd while Sweden plays the Netherlands on Wed., July 3rd).

But interesting to note: in the eighth-tournament history of the Women’s World Cup, the U.S. is competing with five women of color named to the roster, making the squad its most diverse team yet.

“I am so proud that this is the most diverse World Cup roster in our history,” says USWNT veteran forward Christen Press, who is competing in her second World Cup along with other women of color players, including Jessica McDonald, Mallory Pugh, Crystal Dunn and Adrianna Franch. “It’s so important for young people to see Black women on this team. As a team that represents our country, our players should look like the people in [this] country, and that is diverse and beautiful. Representation matters. Different faces, ideas, backgrounds and styles matter.”

Teammate Jessica McDonald echoes that statement, suggesting their presence may help to pave the way for more diversity in the sport.

“This is a huge way to rep the women of color at the world stage,” says McDonald, who, as the only mother on the roster, makes her first World Cup appearance. “I just want this to inspire all of the little minority boys and girls…to be the greatest at whatever it is they choose to do. It’s definitely an honor to represent not only my family name, the United States of America, but to represent African-Americans as well.”

From the youth level to the professional arena, U.S. women’s soccer has been widely criticized for its struggle with diversity. For such an internationally-beloved sport with fans representing a wide variety of social, economic and racial backgrounds, the participation in U.S.-based women’s soccer clubs has been overwhelmingly white.

“I was most certainly an outcast because I grew up being the only Black girl on my club soccer team. I didn’t compete against too many either. So, my grandmother instilled ‘you give every game all you’ve got because you’re the only Black girl out there’ attitude,” says McDonald. “God had given me the ability to play sports. So, I had no choice but to work hard and enjoy it at the same time.”

For McDonald, playing in the World Cup is the realization of a lifelong dream. She was only 11 when Briana Scurry, the USWNT’s sole black player on the 1999 roster, helped her team win the Women’s World Cup. And now as the team heads to France—with its powerhouse legacy, an outpouring of support and a heap of #blackgirlmagic on their side—McDonald, Press and their teammates may soon fuel the dreams of other young girls to follow.

“Soccer has given us an amazing opportunity to change what people see, hear, feel and think by using the power of our voices and our platforms,” Press says about the importance of her platform. “I strive to make a better future for young people, young women, and especially young women of color.”

Erica's Table of 20 in Houston