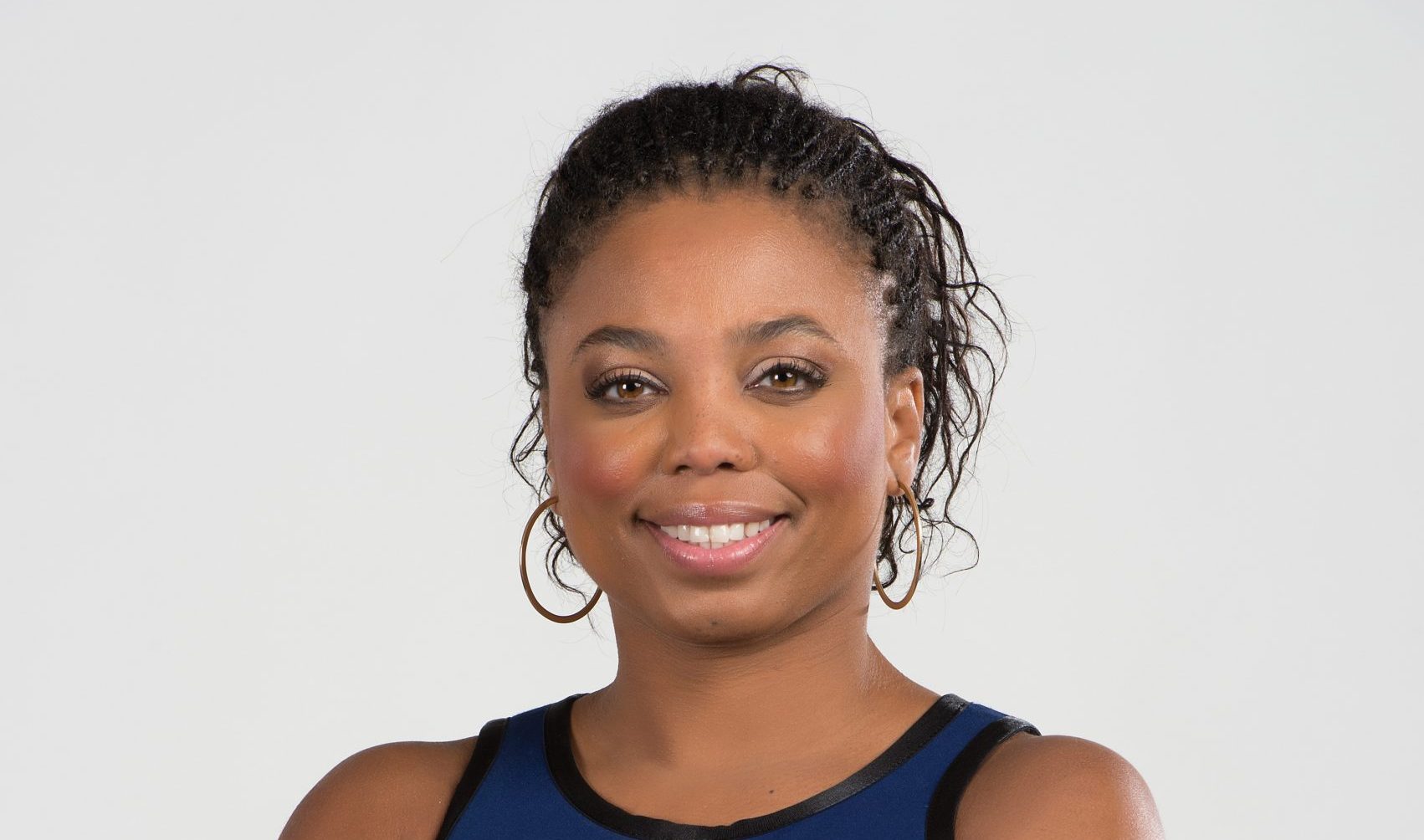 Jemele Hill has become an outspoken advocate for black women—and she’s definitely unbothered about what you think of her.

A “disrupter” is what she calls herself, and it’s a fitting—and well-earned—description. Jemele Hill is a voice of logic whenever those bothersome issues rear their nasty heads in the American social sphere. She’s unafraid to stand up to the rich and powerful. Or to amplify the calls of the marginalized or to say what’s needed.

Needless to say, that’s put her in a vulnerable position. But Hill? She’s unbothered by it. “This is a culmination of 44 years on this earth,” Hill admits. “I was never the type of person who necessarily cared what people think. But I was aware of what people thought. And even that awareness can be crippling sometimes because you start operating and anticipating reactions of people that you shouldn’t care about.”

She’s learned to brush off the unwanted gaze of malevolent onlookers and the opinions of mean-spirited trolls. “So really, what I tried to do and commit to is just not wasting my time with things that don’t matter.”

Her voice was first amplified at ESPN. Hill was one of the most recognizable faces on the sports network, which she joined back in 2006. And she came off as the quick-witted homie, armed with a thorough depth of knowledge that she dispensed unblinkingly. She could make you laugh while she did it.

Over the years, the Detroit native held positions as an anchor and reporter on various shows before eventually earning the co-anchor slot alongside Michael Smith on the network’s flagship show, SportsCenter, in 2017. Then came her rift with the White House, the one that made her a household name beyond the sports world.

It started in September 2017 when Hill tweeted, “Donald Trump is a white supremacist who has largely surrounded himself with other white supremacists” and followed the tweet up with, “Trump is the most ignorant, offensive president of my lifetime. He is a direct result of white supremacy. Period.”

She ruffled feathers—former press secretary Sarah Sanders said she should be fired. Trump busied his Twitter fingers and opined that ESPN’s numbers were “tanking” because of her. ESPN issued a statement distancing themselves from Hill’s tweets.

Not even a full month later, in October 2017, during the height of the Colin Kaepernick kneeling protest, the network suspended Hill for two weeks when she tweeted that people who were upset with Dallas Cowboys owner Jerry Jones’s policy of benching any player who knelt for the anthem should boycott advertisers during Cowboy games.

The suspension caused a wave of very public support for Hill, who eventually left ESPN completely in 2018 and became a staff writer for The Atlantic, writing pieces on everything from Kamala Harris’s presidential run to Jay-Z’s partnership with the NFL, exposing what fans already knew: her voice was poignant, valuable and needed. Turns out the move from ESPN opened her up to an entirely new realm of possibility and showed the world the depth of her talent.

“I’ve learned how versatile I am. And I didn’t even realize it until I left,” she admits in her signature, raspy, warm voice, adding that the skill set she picked up during her 12 years at the network prepped her current career path.

Since her ESPN departure, Hill has also started two businesses—her Unbothered brand and a production company that will specialize in film, TV, books and more, Lodge Freeway Media. She co-founded the production company with her best friend of 20 years, journalist Kelley Carter. The company’s first project is a comedy series about her longtime friendship with Carter. They partnered with actress/friend Gabrielle Union and Sony to develop it. It’s a venture that excites her. Even though it isn’t necessarily something she envisioned when she first started out as a reporter.

“[The past three years] taught me that you really should spend much more time betting on yourself,” she says. “I think especially women, and black women, we spend so much time doubting ourselves. Thinking of all these reasons why we can’t do things, and what you will find once your moment comes, is you’re over-prepared if anything. You’re never under prepared. It just kind of reiterated the value of taking a chance on you and doubling down on you.” -Jacinta Howard

This feature is condensed and edited to align with this format. To read the full original story CLICK HERE to purchase the new DIGITAL issue for a SPECIAL PRICE OF $1.