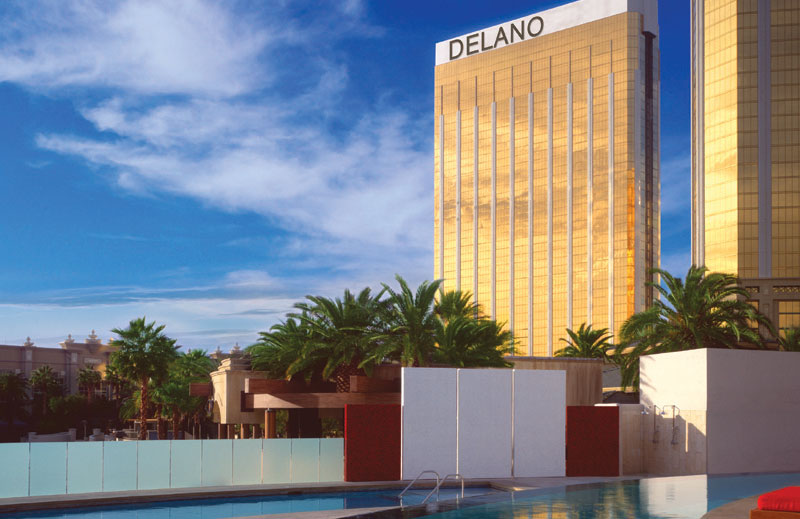 CHECK-INS AND CHOCOLATE – Delano Las Vegas
Entering the Delano Las Vegas, sibling property to the Delano South Beach and the newest hotel to open on the strip, you get transfixed by the subtle yet strong décor, including textured wood and stone accessorized with tranquil whimsy and a signature fragrance too captivating to have a name. Passing a picturesque mirror with a lipstick-inscribed motivational quote, I’m struck by the thrill of the unknown before being granted access to the 725 square feet that I would call “my room.” “Hello,” I said to the waiting customdesigned, edible chocolate centerpiece from a resident chocolatier that sat beyond the powder room on a marbled coffee table. I remember that I’ve only had about six hours of sleep in the last twenty-eight when my sight falls on the king-sized bed topped by the oversized tufted headboards and dressed with crisp white linens, facing the mirrored double closets flanking a flat-screen television. My favorite feature of any suite, the bathroom, boasted a granite soaking tub and separate shower and featured double sinks, a private toilet and yet another flat screen. 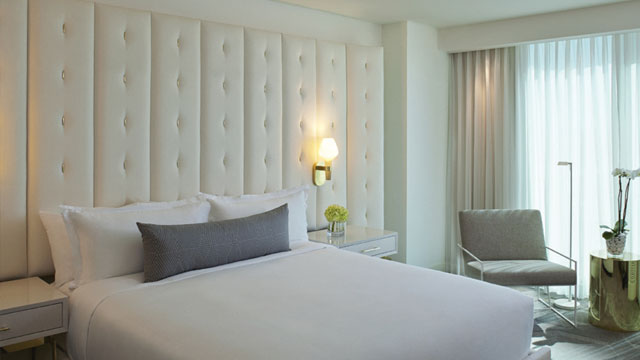 EAT AND GREET – Mandalay Bay Resort and Casino Las Vegas
Though the boisterous and grandiose casino floor flirts for attention before the hotel’s newly designed rooms and suites or shopping and entertainment options even have the chance to, the dining options at the Mandalay Bay Resort and Casino will quickly become your biggest win. Specially curated food offerings developed by world-renowned chefs like Hubert Keller (Fleur) and Charlie Palmer (Aureole Las Vegas are the jackpots.)

THE ART OF SOPHISTICATION – Four Seasons Hotel Las Vegas
Synonymous with a style and savoir-faire that moving, shaking and game-changing guests have grown to expect, the Four Seasons hotel brand is committed to elevated experiences and exceptional service. The Four Seasons Las Vegas keeps this standard with its Art Deco style, revamped rooms and stellar social offerings.

The Four (4) Step Plan To Make Your Day More Efficient

NEW YEAR BOOSTERS FOR YOUR MIND AND BODY