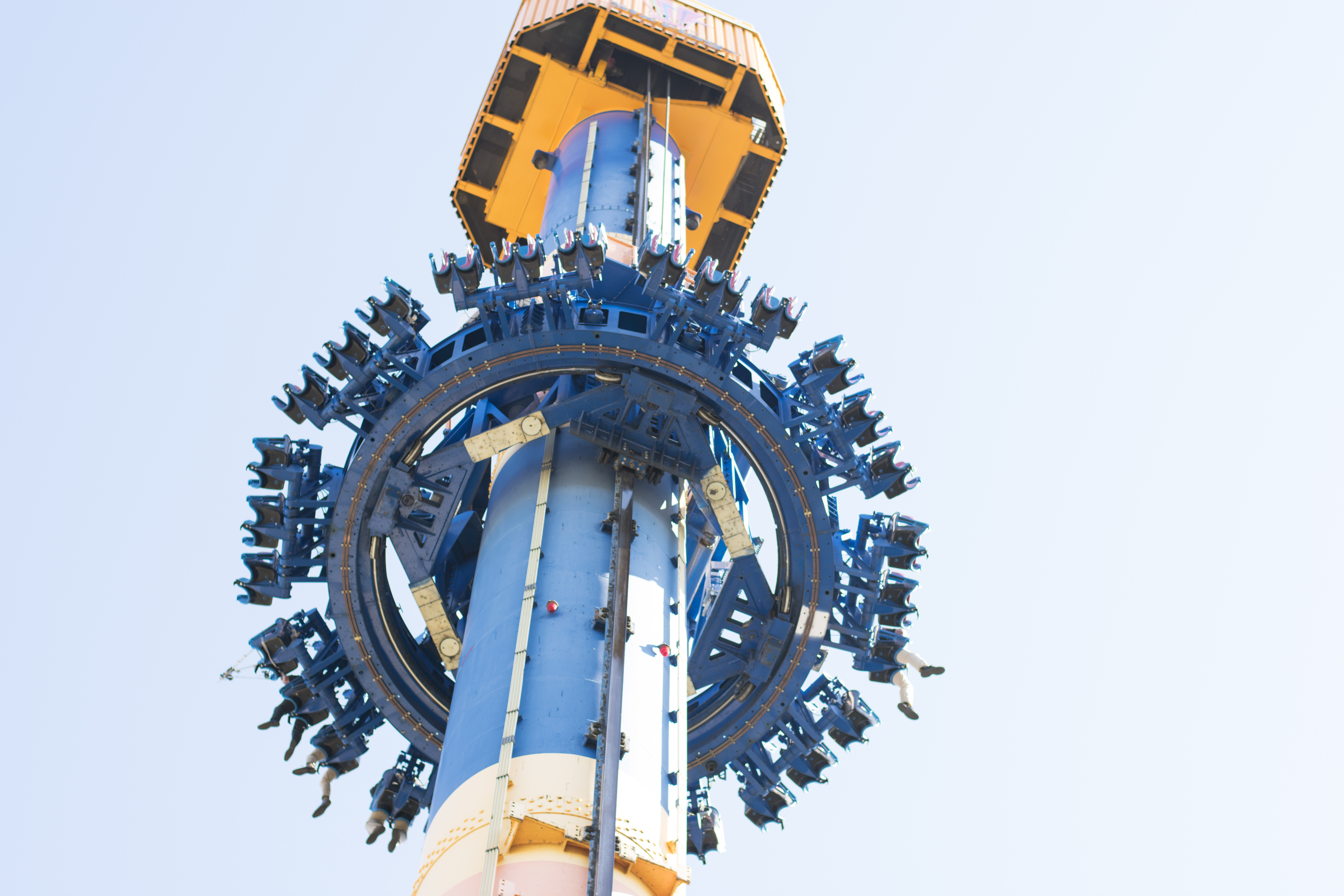 Six Flags Over Georgia is excitedly opening their doors to kick off the park’s 50th anniversary season this weekend, and among the new attractions behind the spirit-filled gates is the newly conceived Drop of Doom VR.  Formerly “Arachnophobia”, the re-purposed roller-coaster experience now uses Samsung Gear VR, powered by Oculus, to deliver a new mixed-reality coaster experience that is thrilling, immersive and full of giant, mutant spiders.

Because anyone that knows me knows that roller coasters aren’t necessarily in my will house, I gathered my production partner, Cherecka, and a staff photographer, Jeremiah, and headed into the land of happiness with the duo prepared to do my dirty work. I reasoned that while they scream to the top of their lungs, I’d just take really colorful photos that I could pepper this site and social with. After being carted through the park and driven directly to the ride, void of Minute Maid Frozen lemonade or funnel cakes mind you, we pulled up to what we previously knew as another spine-tingling ride.  Cherecka remembers that she vowed to never ride this again, but after two in-and-out the seat moments, she saddles up to do it.  At first glance, it appears that the ride still only takes you up 20 stories, however when the VR headset is added, the area is transformed into a futuristic urban scene and you’re seemingly 100 stories up.  At the top, riders are greeted by giant spiders, but have no fear, the headsets let riders shoot at the invaders, much like playing a video game, except you fire the gun by tapping the side of the headset.  The excitement builds as you (and the spiders) drop seemingly 100 stories to the ground. Everybody ends up safe, but not before a final encounter with a furry arachnid

The virtual ride experience is included in the price of admission to the park. To use the virtual reality headsets, riders must be at least 13 years old. Those younger than 13, or with a fear of spiders, can ride the old-fashioned way without the special headgear. Six Flags says the virtual setup will be offered for a limited time through spring, but it is not ruling out an extended run.

Open weekends through May 14, and daily April 1-9 for spring break. Open daily during summer starting May 20. Hours vary; check website for details. General admission at the gate is $66.99 for adults and $46.99 for children under 48 inches tall, but discounts abound; save up to $20 on adult tickets at www.sixflags.com/overgeorgia if you buy a ticket at least one day before your visit. AAA and some credit unions also sell discounted tickets. Children 2 and younger are admitted for free.

Words by Satchel B. Jester

What are You Reading this Month?

DOWN WITH THE UNDERGROUND