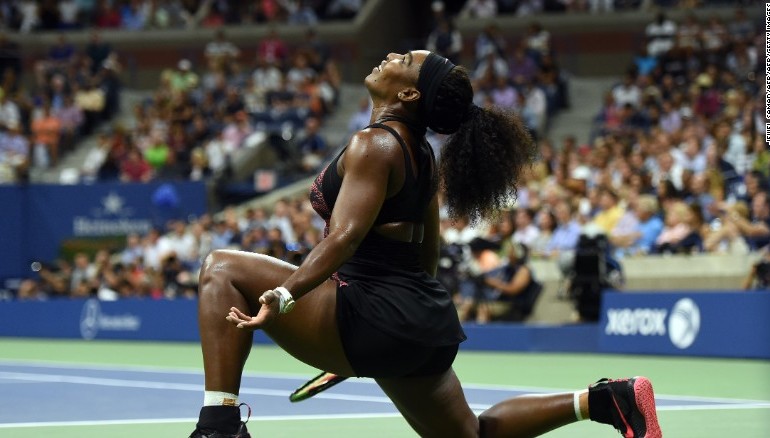 Serena Williams is now one step closer to solidifying her place in history as the greatest female tennis player of all time with another U.S. Open win under her belt.

The pro tennis superstar defeated big sister Venus after a grueling three-set battle in Tuesday night’s U.S. Open quarterfinals match-up. A competitive sibling rivalry that has been well-documented over last decade or so, the meeting of the two greats was one of the most highly-anticipated and emotional matches in sports this year.

Serena sees her sister Venus as her most formidable and most difficult opponent, describing her as someone who “knows how to win, knows to beat me and knows my weaknesses better than anyone,” but it was ultimately Serena who prevailed as the hard-fought face off came to an end.

Speaking on facing her sister for the 27th time, Serena had this to say to ESPN immediately after her win:

“It’s a really great moment. She’s the toughest player I’ve ever played in my life…and the best person I know. So, it’s going against your best friend and, at the same time, going against the greatest competitor…for me…in women’s tennis. So, it was very difficult”

Serena is now two wins away from recording the first calendar Grand Slam in over 25 years, which would officially land her the title of the greatest women’s tennis player of all-time.

But official or not, Serena and Venus are already in our book.