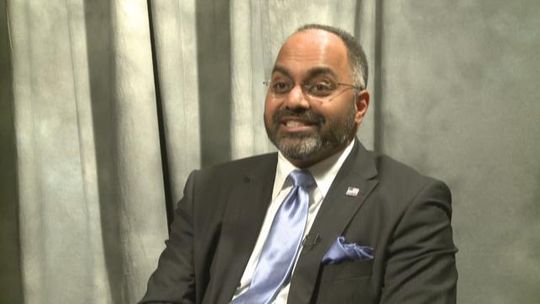 After Monday’s news that a grand jury would not indict officers in the Tamir Rice case, his mother wept so much that she could barely speak, her lawyer said.

Subodh Chandra, lawyer for Samaria Rice, said both he and his client believe that Cuyahoga County Prosecutor Timothy McGinty did not want the grand jury to return an indictment against Officer Timothy Loehmann, who shot the child within 2 seconds of arriving on the scene.

“The prosecutor’s behavior was corrupt,” said Chandra, who contended that McGinty selectively leaked information under the “guise of transparency.” “And it was in the sense that it was so extremely biased in favor of exonerating the officers that Tamir Rice never had a chance. The Rice family never had a chance.”

Tamir was shot Nov. 22, 2014, after Officers Loehmann and Frank Garmback were dispatched to Cudell Recreation Center on the city’s west side on reports of a man with a gun that the initial caller said was probably fake. They found a 12-year-old boy with a pellet gun manufactured to look like a real weapon.

Loehmann, whom Cleveland Police had hired in March 2014, shot Tamir, saying he though the preteen was going to shoot him; the boy died the next day.

In a statement, the Rice family echoed Chandra’s words:

After this investigation — which took over a year to unfold — and Prosecutor McGinty’s mishandling of this case, we no longer trust the local criminal-justice system, which we view as corrupt.

Prosecutor McGinty deliberately sabotaged the case, never advocating for my son, and acting instead like the police officers’ defense attorney. In a time in which a non-indictment for two police officers who have killed an unarmed black child is business as usual, we mourn for Tamir, and for all of the black people who have been killed by the police without justice. In our view, this process demonstrates that race is still an extremely troubling and serious problem in our country and the criminal-justice system.

I don’t want my child to have died for nothing, and I refuse to let his legacy or his name be ignored. We will continue to fight for justice for him, and for all families who must live with the pain that we live with.

The Rice family lawyer took particular issue with McGinty’s decision not to cross-examine Loehmann and Garmback during their testimony before the grand jury.

“Prosecutor McGinty failed not only the Rice family, he failed this entire community,” Chandra said. “He failed the criminal justice system.

Chandra also maintains that McGinty should have let another prosecutor handle the case.

“A prosecutor who is so close to the police and works with them day in and day out and has his whole career needs to step aside for a truly independent special prosecutor who is civil-rights oriented, … willing to look at police officer conduct, just as we would look at ordinary citizens,” the lawyer said.

While McGinty leaked information about the case in what Chandra called an attempt to prepare the public for no indictment, he said Tamir’s mother was still hoping for a different outcome.

“She was still clinging to that thread of hope even though the prosecutor had more than shown his hand in his efforts to try to orchestrate an exoneration for these officers,” he said.

He declined to talk about the status of civil proceedings now playing out in federal court.

However, the officers involved in the case had been seeking stays from federal court while the grand jury process was unfolding. In their civil suit, Chandra said the officers finally may face the cross-examination the family was seeking.

BILL COSBY FIGHTING BACK: SUES SUPERMODEL BEVERLY JOHNSON AND OTHERS FOR DEFEMATION