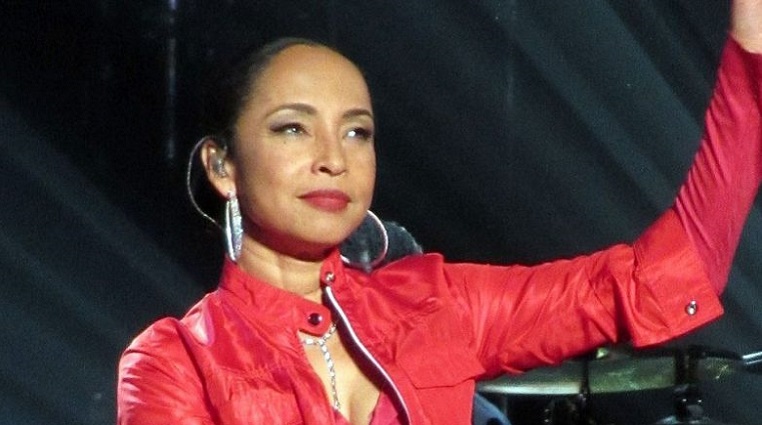 In anticipation of her new film, A Wrinkle In Time director Ava DuVernay shared some information about the film’s soundtrack. And the news shook some things up. Going out on a whim, DuVernay approached singer Sade about contributing some music to the film.

I never thought she’d say yes, but asked anyway. She was kind + giving. A goddess. We began a journey together that I’ll never forget. Proud to announce that Sade has created an original song for WRINKLE IN TIME. It’s entitled “Flower of the Universe.” And it’s a dream come true. pic.twitter.com/FdXrZ1MFMO

Since it has been eight years since Sade released her latest project, Soldier of Love, and seven since her last single, folks weren’t expecting to hear from her anytime soon. Which made the surprise of the news that much sweeter.

If four years ago you’d told my gay ass Sade would create a song for a movie adaptation of my favorite book growing up I would’ve spit out my Truvada and sent you a gif of a Real Housewife screaming “LIAR.” https://t.co/nyN4yn9cNG

ava getting sade to sing on the ‘wrinkle’ soundtrack is the shoot your shot goal of 2018. i stan.

They conjured up legendary mother SADE to make a track for the wrinkle in time soundtrack!?!?!?

Or are y’all playing with my emotions?!?!?

Proud to produce this one… ?? pic.twitter.com/iuuG6OxM2R

This the livest black history month ever. Black Panther.Sade back yall. I’m so glad Jesus let me live to see this.

Lol dawg wow @ava came through for us during black history month. Idk what she said to Sade to get her out of hibernation but thank you ? #AWrinkleInTime #FlowerOfTheUniverse

WRINKLE IN TIME was made w/ love for young people. To share ideas about being a light in this often dark world. The new song “Warrior” by the phenoms @chloexhalle often makes me cry – with joy for the future. They are wonderful young women who help me hope. Thank you, ladies! pic.twitter.com/IZMyL0oEnQ

Happy to share that WRINKLE IN TIME’s soundtrack also includes original music by none other than Sia. I remember being blown away by her SPEAKING VOICE ON THE PHONE. So when she shared the song she wrote for Meg, I was spellbound. It’s called “Magic.” And it is. Thank you, @Sia. pic.twitter.com/PioLASDipQ

Ahhhh!! I’m so excited to finally tell you guys my new song #IBelieve with @djkhaled will be on the soundtrack for Disney’s @WrinkleInTime ???? See the movie and get the album on March 9th ❤ pic.twitter.com/ZSe3QGP1FP

Last but not least, I am in love with the music of a young woman hailing from Oakland. Her vibe. Her voice. Her vision for herself. It’s all beautiful. Kehlani’s original song “Let Me Live” is the first heard while watching WRINKLE IN TIME. It’s all about Meg’s inner life. A gem. pic.twitter.com/Slc3yuIyWQ

Mental Health: What You Need to Know

Chivalry Is NOT Dead Ladies! RHOA's Will Jones Says Men Want to Please Their Women