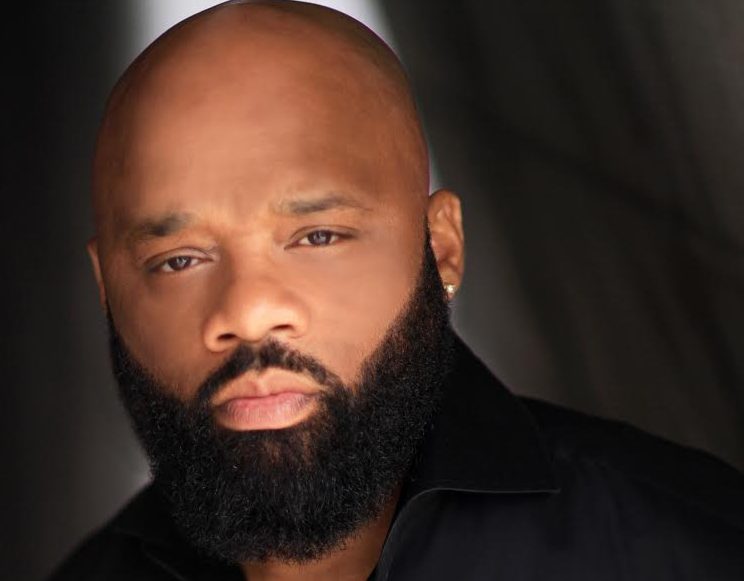 “It was a surreal moment, joyous, especially when I learned of the two people who received the award a year and two prior. It was a proud moment,” says Rodney Reid, founder and executive producer at The Visionary Group, a multi-faceted consulting firm that “polishes diamonds in the rough.” “Rico McHenry, who has been like a big brother and mentor to me for many, many years told me what he wanted to do to acknowledge the ‘peace work’ that I do and what he’s witnessed over the years. For my 50th birthday celebration, the Masonic brothers wanted to do the honors.”

Frederick Lee McHenry, Sr., aka “Rico,” presented Reid the medal on October 18, 2019. The Most Puissant Sovereign Grand Commander McHenry is the Grandmaster of the Genesis Willingham Grand Lodge of Georgia, Chief Deputy Supreme Commander of the United Supreme Council of Scottish Rite Masonic Order and has been an active Mason for over 35 years.

McHenry explains, “In 2017, former President of the United States Barack H. Obama was the first to receive the Masonic Medal of Honor and in 2018, Georgia’s 80th Governor Roy Barnes was the second.”

Reid is a formidable leader who was once a street savant. An always optimistic Reid now leverages his street credibility and huge network to advance young people and former convicted felons through his motivational speaking and as a life coach. “Unfortunately, our community and our youth are more at risk and experience institutional racism and mass incarceration more than any other culture, race or ethnicity on the planet. I don’t want this for my own kids. Fortunately for me, I’ve never had any problems out of them but I try to be a bridge for kids who are like myself without a father-figure. I encourage them. I’ve realized you can’t beat them over the head, but you can share your own experience, so they won’t have to repeat them. Young people may get in trouble, be forced to take a plea and end up getting probation, without even understanding the devastating ramifications of a felony conviction on their record, which can walk alongside them closing doors on them, and follow them for a lifetime,” he says in his warm baritone voice.

At age four, Reid and his younger brother experienced domestic violence firsthand. They witnessed their mother endure physical abuse that escalated to gun violence and ended in the death of his maternal grandmother. His grandparents were trying to protect their daughter and grandchildren as Reid’s father fired rounds of ammunition at them. A single bullet intended for his mother took the life of his grandmother, leaving his grandfather widowed, his mother motherless and a single parent, and landed his father in prison for eight years.

Reid sought to fill a void and a gain a sense of manhood by selling drugs and becoming affiliated with an elusive Georgia teen gang. Answering to the name DuBl R (pronounced double R), he later joined a drug trafficking and money laundering organization that had lots of ties to the hip-hop community and was indicted by the Drug Enforcement Administration.

A very polished Reid offers this declaration of transparency when asked what advice he’d offer a 21-year-old Rodney Reid saying, “Stop wanting to be accepted by the wrong crowd — the so-called cool crowd, that’s getting in trouble and knows how to fight. The crowd that may be making money, hustling. Stay with your own kind. I was one of those kids who came from a good family, a very structured Christian family, who taught me all the right things. But, I had a penchant for hood rats because they were making money. Some of my friends were making thousands of dollars a day, easily. I gave up the possibility for a career in sports. I was one of the smartest kids in the class, but I wasn’t viewed as being cool.”

In 2010, Reid made a public confession of his faith at New Birth, an Atlanta megachurch. The video segment went viral on YouTube. Reid was extended a “New Hand” of sorts and pivoted into his public speaking at schools and to community groups. It’s a tall order that’s fitting for the slender man of six-foot-three-inch stature.

The commentator and aspiring actor is the father of three rock star children, Iman, Josh and Storm, who are actively expressing their gifts that he’s had a strong hand in helping them to discover and embrace. Iman, 26, works in the airline industry. Josh, 18, is a college football player. Storm, 16, is a successful Hollywood actress.

What does your faith mean to you today?
Everything. My faith has kept me alive. While hanging out in the club one night, I was lying on the floor after being shot three times in the neck. I didn’t know if I would live or die. I started calling on Jesus. I said, “Please, don’t let me die like this.” It was like He lifted me up and I was able to walk out of there. When I woke up in the hospital, the doctor told me I was lucky. Every bullet that entered had exited cleanly.

What does fatherhood mean to you?
It’s my favorite pastime. Fatherhood is my favorite thing on earth. To put it in perspective, I’m a huge football fan and it’s better than going to the Super Bowl. To see my kids grow and bloom is priceless. Even if they were ‘bad’ kids, I would still love and pray for them, and steer them down the right path.

Choose a word to describe each of your children.
Iman – Lady Liberty (Statue of Liberty)
Josh – Rock
Storm – Unicorn

Why is mentoring important to you?
Because God spared my life. My children are on a great path. I must give back and pay it forward.

What is the best advice that you have received? From whom?
The best I have received is from my grandfather, William McKinley Dorsey. He said, “If you lie down with dogs, you get up with fleas.” I didn’t listen and ended up infested so to speak. I have received so much good advice from so many people; the list is really long. I have always been a sponge that absorbs and applies really positive affirmations and biblical life principles.

For more information on The Visionary Group, please email visionarygroupfirm@gmail.com or call (404) 954-1099.