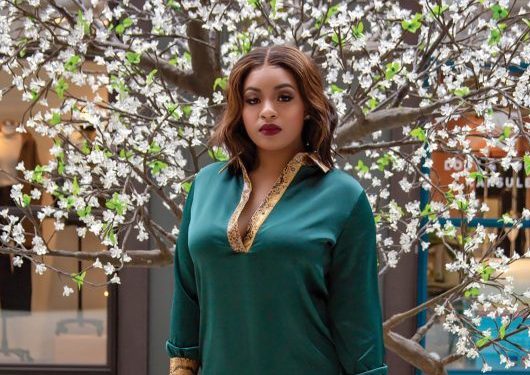 For this rising reporter, confidence has been the key to opening doors and realizing her dreams.

An unshakable belief in yourself can take you through doors your talents alone can’t, and understanding this is a huge part of consciously manifesting your dreams.

MiAsia Symone, a 27-year-old sports and entertainment reporter, knows the truth of this statement all too well. While pursuing a degree in journalism at Georgia State University, Symone was also interning at Atlanta’s Streetz 94.5 radio station. She reported for several websites and running her own blog. And years later when another major opportunity presented itself, Symone refused to shy away. In fact, in an atmosphere that would intimidate even the most accomplished stars, she walked out with the ultimate prize.

Among thousands of attendees at Diddy’s REVOLT Summit in Atlanta, the valiant young reporter recalls making a bold impression.
“This is a question for Diddy and DJ Khaled, but I first want to introduce myself,” Symone told the crowd at REVOLT. “As I stated earlier and for those that don’t know, I am the hottest sports and entertainment reporter coming out of Atlanta…and if y’all don’t jump on it now, I promise you’ll be asking for me later,” she added with conviction and self-assurance.

Diddy sensed her passion and energy and immediately interrupted, “Do you think I can hire you to do some work for REVOLT? I would love to be a part of your journey in some way.” The next month, MiAsia Symone was in Los Angeles with Diddy at the next Summit, working as a REVOLT correspondent. 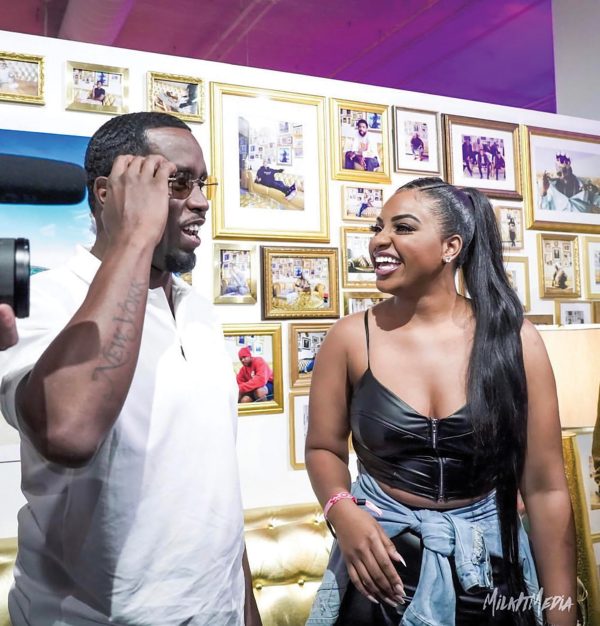 Today, Symone continues to make a name for herself as a radio promotions assistant for four major Atlanta radio stations, as the owner of her self-branded media platform, #MiAsiaSymoneLive, and as a television correspondent. She has interviewed everyone from Atlanta Mayor Keisha Lance Bottoms to Spike Lee. She’s no stranger to Diddy’s “Can’t Stop, Won’t Stop” mantra, ebut it hasn’t always been easy.

At 18, as Symone was heading to college, she lost her dad and biggest cheerleader to colon cancer, and things began to take a turn for the worse.

“My dad was our everything, and as soon as he passed, everything changed,” she explains. “We were all trying to figure it out, and my younger siblings and I started lashing out in different ways. It was a very difficult time for us.”

Yet through many years of adversity, his voice carried her through, cheering on her dreams and championing her ambitions. Symone had a vision and a clear intention of what she wanted and was undoubtedly self-aware—principles of manifesting your destiny that she learned from her dad.

In 2019, she was placed in a phenomenal position to be a REVOLT TV correspondent, further proving her capabilities as a journalist well on her way. And while the #DiddyStamp might have pushed Symone closer to realizing her dreams, she’s not stuck in that moment. “I have my days where I reminisce and relive that moment,” Symone shares. “It definitely broadened my perspective. But the energy surrounding that opportunity is what I’ve taken into this new decade—always standing up for yourself, taking charge, and showing people why you belong in those big rooms. REVOLT was confirmation that I’m on the right path and closer to my goals of becoming one of the world’s most respected media moguls.”