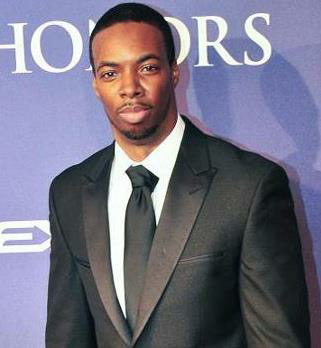 Monday, January 21st at 10pm ET, tune in to REVOLT for a special MLK Day world premiere of Killing Beef: Gun Violence in the Black Community. Killing Beef is a riveting and unforgettable first-person documentary that tells the human story of one man’s survival and what individuals must do to break systemic cycles of violence in the Black community. The documentary follows former drug dealer and award-winning journalist Samson Styles after recovering from a near-fatal shooting, as he searches to find meaning in his life and reconciliation with his shooter. Killing Beef details Samson’s life in the streets and his transformative life experience through the perspective of a young boy, Christopher Underwood, who lost his older brother to gun violence and sought out Samson to talk about the loss of his sibling and Samson’s own brush with death. The ensuing conversation develops into a compelling and gripping real-life story that ends with Samson seeking reconciliation with the man who almost shot him to death. “This Documentary is a call to action,” said Killing Beef Director and Producer, Samson Styles. “I hope it galvanizes the community to take action against the gun violence that permeates in underserved Black communities. We all have to play our part and it’s a blessing that REVOLT TV is supporting this cause.” With his unique perspective, Samson formerly a BET News correspondent, covered a wide range of issues relevant to the black community. In addition to daily news briefs, Samson produced, wrote and hosted his own special reports: “Bullets And Ballets: The Official Street Cat Goes To Washington” which explored gun violence and politics, “50 Shots: The Official Street Cat Takes On Police Brutality”, which explored gun violence and police brutality in the Sean Bell case respectively, “Black Is Beautiful: The N Word”, in which Samson uncovered The White perspective of the word “NIGGA” and  “Locked Out: ex- cons and the vote”, in which Samson brought to light the disenfranchisement laws that affect 5.3 million Blacks from voting. Samson received three awards from The New York Association of Black Journalists for investigative reporting, cultural and entertainment and commentary. He was nominated in 2008 and 2009 by the NABJ for best investigative report. Styles’ participation in covering The Inauguration of Barack Obama helped him and his team win the 2010 NAACP Image Award for outstanding news information. Styles produced and wrote numerous news briefs and narrated many BET News specials including Tupac (Pac Lives) and Biggie (The Notorious B.I.G Ten Years Later). “Part of our mission at REVOLT is to bring awareness and create tangible solutions around issues affecting our audience,” said REVOLT Head of Content, Robyn Lattaker-Johnson. “This documentary does both. The bonus is being able to highlight independent filmmakers like Samson and Tyese Styles.”

Black Women and Hair Loss: How to Stop the Cycle

Study Confirms Black Women Are Beautiful … But We Already Knew That!

Gabrielle Sends Love To D Wade On Their 3rd Anniversary