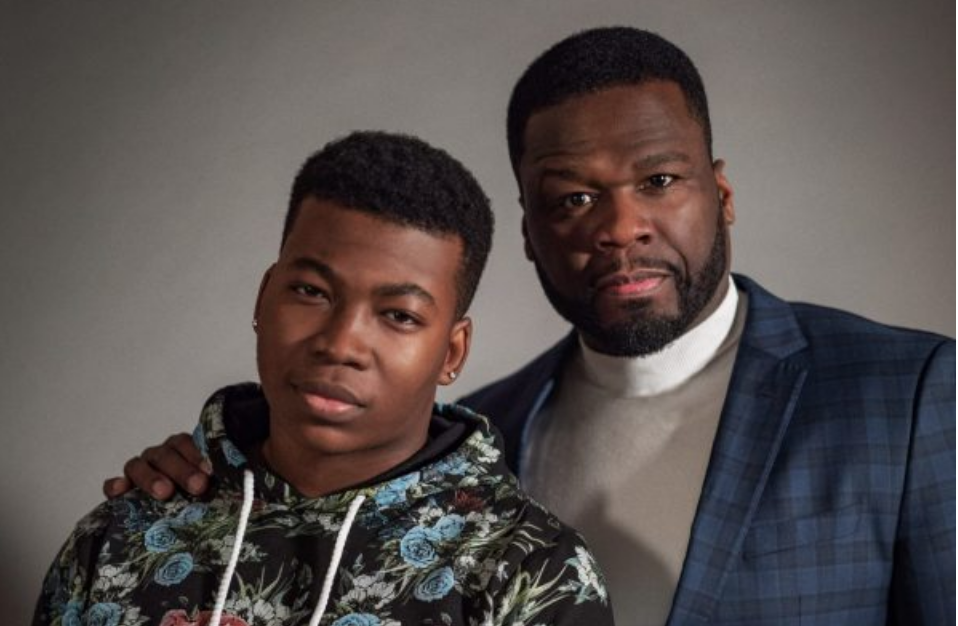 Power debuted on Starz in 2014. It was the most-watched show in the network’s history. Seven years later, it’s a bonafide franchise that has a following of devoted fans and spin-offs.

First up was Power Book II: Ghost, which debuted in 2020 and picks up just a few days after the ending of Power. The latest entry into the Power world, Power Book III: Raising Kanan, made its debut this summer and takes viewers back in time to the days before Power took place.

The highly-anticipated prequel catches Power’s enigmatic hustler, the now-deceased Kanan Stark, at 15 years old and tells an intimate story about family and the complex relationship between a mother and son as he inches his way toward manhood. Mekai Curtis, who plays Kanan, says that’s the aspect of the show he found the most compelling.

“Yes, it’s power, drugs, sex and violence. But it’s also the story of a mother and her son and their family. And how they’re willing to protect each other,” Curtis says. It was a dream role for him. Even though he didn’t even know he was auditioning to play Kanan early in the process. “At first, it was a little bit of a shock when I found out,” he admits, laughing. “But then it immediately turned into, ‘Alright! Let’s get it.’ I knew the amount of responsibility I was about to take on.”

Kanan’s story is very loosely based on Power creator 50 Cent’s (Curtis Jackson) early life. He was a standout player on Power. Curtis says he wanted to do the character justice. “The biggest pressure was taking such a beloved character and kind of having to reverse engineer him in a way and get people to go on this journey with you,” he says.

“Some of the things he did on Power, like not killing Tariq, it made me want to know: ‘who the hell is this dude really?’ So getting to know him was really exciting. You get to take the journey with him and his family and friends, and you see what turns him into who you see in Power. We’re so used to Kanan being on 10 and ready to take everybody’s head off. He has to learn the game before he can implement things the way we saw in Power.”

To prep for the role, Curtis says he not only re-watched Power but immersed himself in ’90s culture, which meant studying films like New Jack City, Juice, and Boyz N the Hood. “I feel like I was supposed to be born in the ’90s,” laughs the 20-year-old. “I was trying to understand further how they talked and moved — little nuances I could implement.”

He says 50 Cent talked him through a few scenes. He bestowed both acting and life advice about navigating Hollywood—that is, when he was available, anyway. “[He gave me advice] when he could, when he wasn’t executive producing or directing the eight other shows he has on the air,” Curtis jokes. “He’s definitely been a guiding light, a big brother. Whenever he’s on set, he’ll pull me to the side and give me game and advice.

The thing he told me was, “Take care of yourself. Eat right and take mental days to make sure you’re straight so that you can perform at your highest.’”

At the core of the show is the relationship between Kanan and his drug queen mother Raquel “Raq” Thomas, played by Patina Miller. The show is loosely based on 50’s own relationship with his mother. She sold drugs and died in an unexplained fire when he was 8. The bond between Kanan and his mother is central to the story. “I love Patina Miller,” Curtis says of his on-screen mom. “I love working with her. She’s just such a powerhouse. She commands the set when she walks in a room. I knew I had to come up to the level that she was performing.”

Courtney Kemp’s company End of Episode and 50 Cent’s G-Unit Film and Television are executive producers. Rob Hardy also shares an executive producer credit and directed the first episode. “Coming from the child circuit, the experience I had on the set of Kanan, seeing so many faces of color around—a lot of our producers and grips, and everyday PAs, and assistant directors—it was a culture shock for me,” says Curtis, who had roles on Disney’s Girl Meets World and Disney XD’s Milo Murphy’s Law.

“I’m used to being the only Black boy around for miles. To see that now it’s so gratifying. [It’s] so fulfilling to see so many people doing what they love at a high level.” The show is at the peak of its powers during the finale.

“I’m excited because while this is a show for the Power fan base and people who enjoy the content they’ve put out this far, this is also a chance for a new audience to come in and experience this universe and these stories that are being told,” he says.

“Old, young, Black, white, whatever—I think this a story people can gravitate toward.”