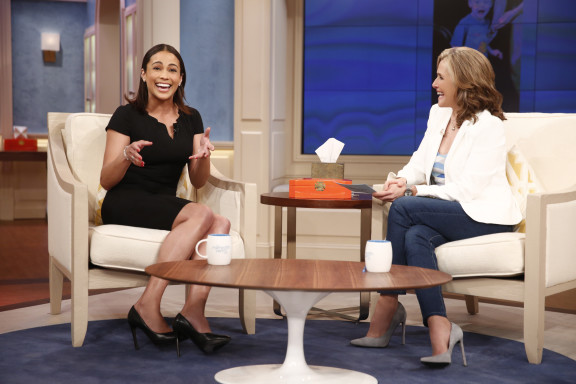 “You know I’m doing really well. It’s been a long year and a lot of challenges but I’ve grown quite a bit,” the beautiful Paula Patton told Meredith Vieira regarding her breakup with singer Robin Thicke during her Tuesday, March 31 appearance on The Meredith Vieira Show.

Career-wise, life does seem to be going quite well for Patton since the split. She has the film Warcraft coming in 2016 and she’s also joining the ranks of Kerry Washington and Viola Davis with her own show. In ABC’s Runner, she is set to play Lauren Marks, a wife and a mother who thought a plane crash killed her husband, only it didn’t and she ends up dealing with Mexican cartels and other mayhem. From the outside looking in, the same doesn’t seem to be true for Thicke, who lost a very high-profile legal case over his mammoth hit, “Blurred Lines” to Marvin Gaye’s estate.

Delving a little deeper into her singlehood, Patton told Vieira “I moved from my parents’ house to moving in with Robin, and now I’m like becoming an adult at this old age. I’m really like a real woman now.”

Patton and Thicke, who were married for about nine years, had been together for roughly two decades. Their son Julian turns five April 7.

PORSHA WILLIAMS – "I GREW UP LIVING A GOOD LIFE."