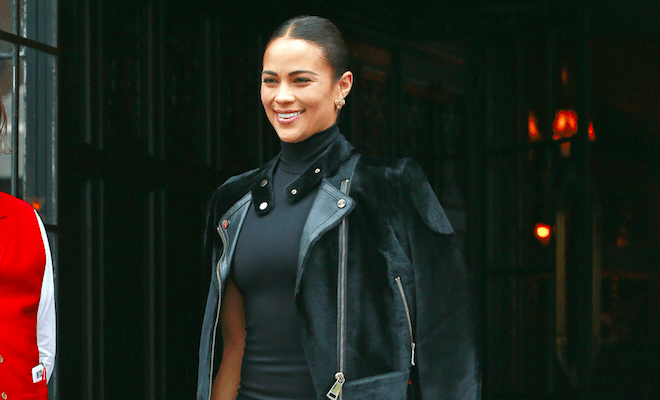 The actress took a two-year break from the social media website and now, the beauty is ready to mingle with fans again.

The mother of one shared her first post in two years on Tuesday night, writing: “Please forgive my long absence! Feeling so grateful for every second of this life. If any of you are still out there, thank you & I’m sorry!”

Please forgive my long absence! Feeling so grateful for every second of this life. If any of you are still out there, thank you & I’m sorry!

The star has also been quiet on Instagram, but made a triumphant return on Thanksgiving. “Please forgive my long absence,” she wrote. “Feeling so very thankful for every second of this life we get to live and if anyone of you are still out there…thank you & I’m sorry!”

She added, “My family has been on my case all day. I hope you all have had a great Thanksgiving!!!”

The actress, meanwhile, has been having a blast on the social media website, and hasn’t exactly had a shortage of content. Over the past week, the 41-year-old, who is also now sporting blonde locks, has shared images from her workouts, the zoo, the farmers’ market and even a to-do list.

It’s worth noting that this is not the first time Patton has disappeared from the spotlight. In 2014, the Los Angeles native took a break from Hollywood after her tragic split from now-ex-husband, Robin Thicke.

The good news is, we don’t foresee the “Baggage Claim” star pulling a disappearing act again any time soon. HipHollywood can confirm that the beauty just wrapped an independent thriller called Stranded, alongside Laz Alonso, Omar Epps and director, Deon Taylor. So, we can look forward to that.

In the movie, Patton is not exactly the sweet character we often see her portray. “It was a completely different experience working with Paula this time,” Alonso, who’s worked with the actress before, told HipHollywood while at the EBONY Power 100 Gala. “We hated each other’s guts in this film. It was hard because she’s a method actress and I’m method on set, so we really weren’t getting along very much.”

He added, “But that’ll always be my friend. Once she threw the wrap party, it was all water under the bridge. We are back to being good friends again.”

7 Signs You're In A Healthy Relationship Versus A Toxic One