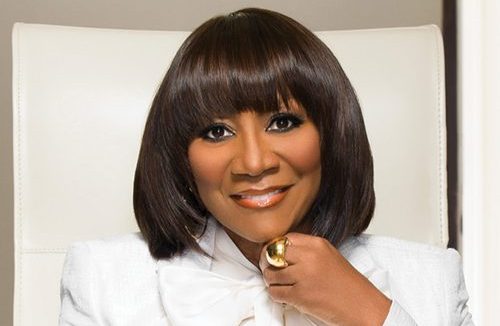 Patti LaBelle sweetened up the music world, and now she’s doing the same in the food industry.

When you think of Philadelphia, a few names instantly come to mind. And one of them should be Patti LaBelle if she isn’t at the top of your list. LaBelle, born Patricia Holte, is considered royalty in the City of Brotherly Love. She honed her soul-shaking sound by singing in a local Baptist choir during her early days.

Then she embarked on her professional career as part of the Ordettes in 1959, which eventually became the Bluebelles in 1961. While with the Bluebelles, she garnered early success with songs.

“Somewhere Over the Rainbow,” “I Sold My Heart to the Junkman,” “Down the Aisle (The Wedding Song)” and “You’ll Never Walk Alone.” The group lost key personnel and regrouped as LaBelle. The dance classic “Lady Marmalade,” about a seductress in New Orleans, became the group’s first No. 1 hit.

A Woman of Many Firsts

They became the first black vocal group to cover Rolling Stone magazine. Also they are the first African American act to appear at the New York Metropolitan Opera House. In 1977, the group split to work on solo projects. Then, the self-proclaimed diva takes over the music landscape as a solo artist.

“So if diva means giving your best, then yes, I guess I am a diva,” said the Hollywood Walk of Famer when asked about being a diva. LaBelle’s solo career includes a No. 1 hit with the classic duet “On My Own,” sung with Michael MacDonald. Her list of memorable hits also includes “New Attitude,” If You Asked Me To,” “If Only You Knew” and “Somebody Loves You.”

Musically, LaBelle’s many achievements include an honorary doctor of music degree from Berkeley, induction into the Apollo Legends Hall of Fame and winning multiple Grammy Awards. The powerhouse talent performed in many television and movie roles, including Dancing With the Stars as a contestant, recurring roles on Greenleaf and performing as Flower on The Masked Singer television show.

She is reported to have sold more than 50 million records and is the author of many books, including several cookbooks. LaBelle founded her culinary enterprise, Good Life, in 2007. LaBelle started selling sweet potato pies in Walmart in 2016. The venture that became a viral social media phenomenon. Since then, she’s expanded to selling frozen comfort foods. Offerings are mac and cheese, chicken and biscuits, beef brisket stew, okra stew and Southern-style greens.

“People who can’t cook or don’t want to cook don’t have to anymore, because I got you with the frozen comfort foods, and then you can buy the desserts and then your day is done. It’s frozen, but guess what? It tastes just like I made it for you,” said the singer and entrepreneur. -Chris Wyatt