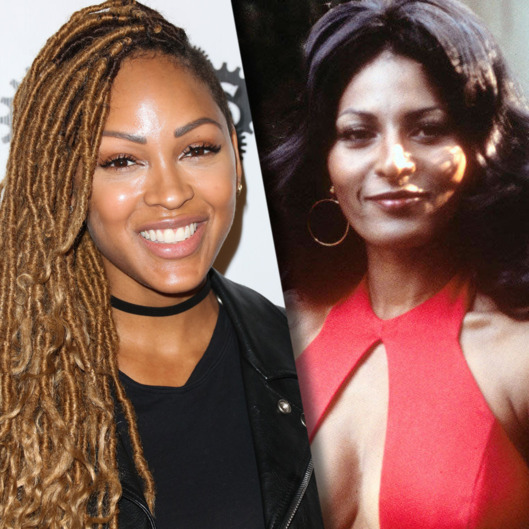 Guess who is starring in the Hulu TV adaptation of the 1974 film “Foxy Brown”. None other than the gorgeous Meagan Good!

Now don’t get prepared to see afros and bell bottoms just yet. The new series, which Good will also be producing, alongside her hubby DeVon Franklin, will have a modern twist.  Also working on the project is Empire writer and co-executive producer Malcolm Spellman and Burn Notice writer and producer Ben Watkins.

Let’s hear it for the husband-wife team making major moves!

And for those of you that are a bit too young to know what the excitement is about, watch the original and hold tight because this should be one to watch.