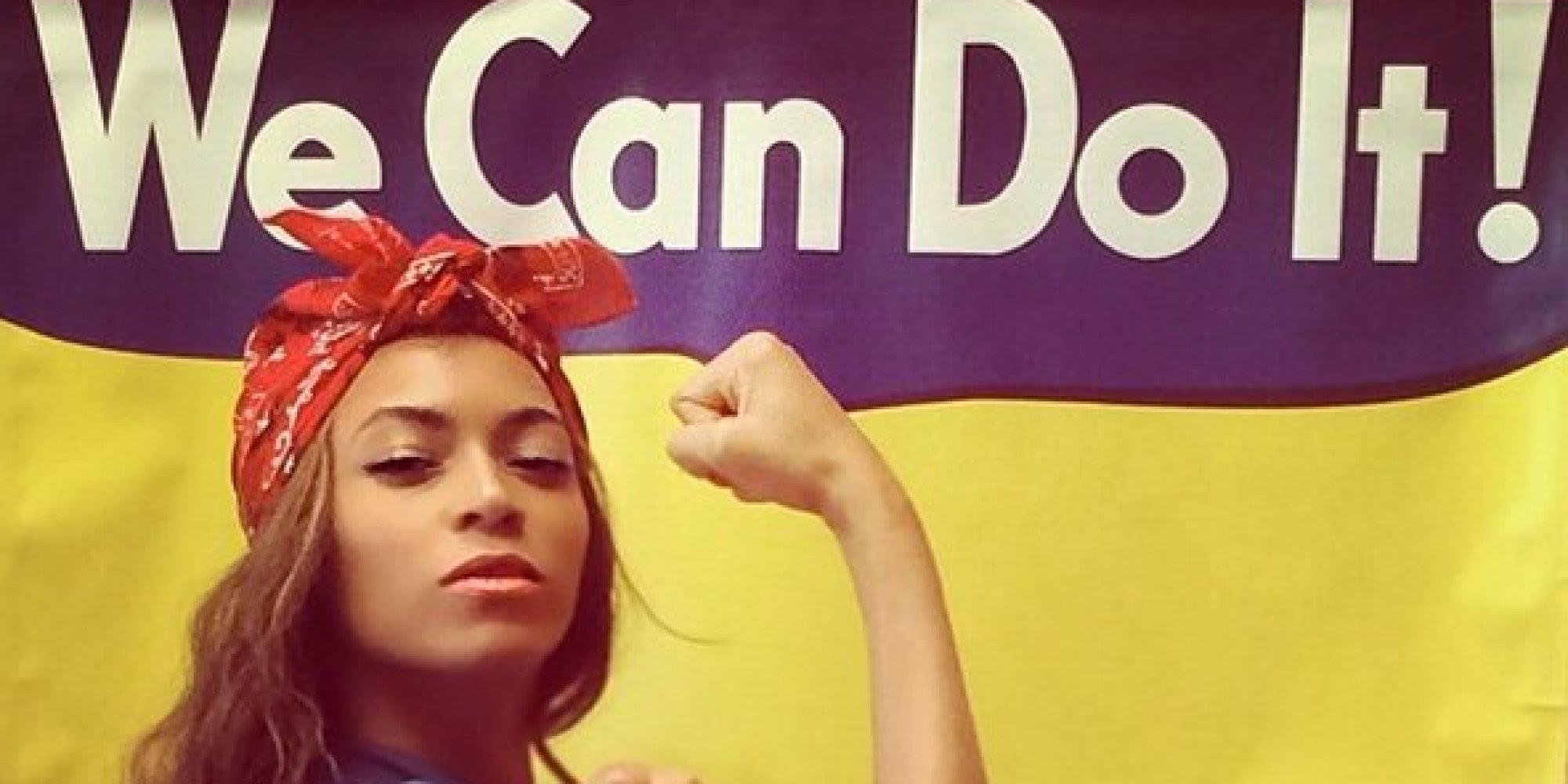 Merriam-Webster’s definition of feminism is simple:

“1. The theory of the political, economic, and social equality of the sexes.”

“2. Organized activity on behalf of women’s rights and interests”

Nowhere in that definition does it say who should or can be a feminist, nor does it outline what should or should not be done to prove it. But just like anything else, there’s no point in stating your allegiance to something if you have nothing to show for it.

One big way that you can start showing you’re willing to take the first steps towards living a feminist-centered life is to take a look at your daily routine. What we feed into our minds and what we consume daily, tells us and others who we are as people.

Our modern pop culture can make it seem like you don’t have a choice in what you read, listen or see every day, but I think anyone has a choice in what they want their media to contain. Here are some simple ways you can start your journey towards being a feminist in our chaotic world. It’s easier than a lot of people (men and women!) think to begin making your personal change.

Magazines like Bitch and Ms. represent themselves as modern-feminist responses to pop culture and media, and they’re perfect ways you can see a casual inside look on how the modern woman can keep in touch with how to be a part of the movement.

The pool of feminist books is endless; whether you’re interested in more classic novels such as The Handmaid’s Tale by Margaret Atwood and A Room of One’s Own by Virginia Woolf, or a modern series of essays such as Bad Feminist by Roxane Gay, the list is infinite. As a black woman, you can’t go wrong with any book by Audre Lorde, Angela Davis, or Chimamanda Ngozi Adichie. Most bookstores even have a feminist section (especially the small mom-and-pop shops that you might pass by in the city), so there’s no need to go on a tireless search for that perfect book for you. Whether it’s fictional or historical; if a book sparks an awakening in you, it’s worth it.

There’s not necessarily an official feminist music genre, but there are songs and artists that are more feminist than others. If you’re interested in being involved in a “feminist culture” the music that you listen to can reflect that. That doesn’t mean that you should no longer jam to Future or 2 Chainz anymore, but try not to revolve your personal identity around those not-so-feminist lyrics. If you’re into rap, there are plenty of feminist-minded rap artists out there that don’t have degrading lyrics, such as Kendrick Lamar, Chance the Rapper, and many others.

Also, just generally try to listen to artists that inspire you and make you feel good about yourself (your body image and your personality). Lyrics that make you feel happy, creative, peaceful or any uplifting emotion are the lyrics that you’ll never be ashamed of singing out loud.

Again, there’s not really a feminist TV show genre, but there are TV shows that attempt to break down those stereotypes of what women should or shouldn’t do. Shows like Parks and Recreation, Orange is the New Black, Orphan Black, Insecure, How to Get Away with Murder, and Grace and Frankie demonstrate what it means to be a strong, powerful woman in tough and patriarchal settings.

Movies can be a little harder to narrow down for that category, but I would say any movie that shuts down that typical anti-feminist image counts. Just be aware of what movies you’re spending your money. Also, don’t hesitate on having a specific celebrity role model that encourages you; many movies stars have advocated their feminist thoughts and stances on social media.

Anyone should “do” what makes them happy as a person, but if you’re willing to explore what it means for YOU to be a feminist, doing is the biggest, and sometimes scariest, step. Do you have to go to every protest, march or hearing downtown? Of course not, but from personal experience, when surrounded by like-minded men and women who are passionate about seeing a change, it makes me feel like I can start to make a difference. Search online and see what’s happening at your future town hall meetings and try to get involved with things that personally motivate you.

Also, don’t be afraid to empathetically and safely call out your close friends and family when they say problematic things. Everyone is entitled to their own opinion, but if you’re hurt or confused by someone else’s opinion, you have every right to try to have a healthy conversation about it.

In general, be more conscious of who and what you include in your life. Recognize your privilege, and work towards understanding other’s and their stories. The more we separate ourselves, the harder it is to see that we really are all equal and that it only takes small steps to get towards that direction. Being a feminist means that you’re choosing to bravely step out of those old school societal norms, both in your own personal life and with others. Of course, we are all physically, culturally, and socially different, but that doesn’t mean that we don’t deserve equal rights and opportunities.

As far as my experience, I went to college thinking that I would never fit in or understand the feminist students at my school because I didn’t know as much as they did. Over time, I realized that it isn’t about what I do or don’t know at the moment, but it’s about what I’m willing to learn and why. It can be hard to decipher what the media is feeding us all the time, which is why we can learn to take control of what we’re consuming, and we can start making those baby steps towards being more feminist-minded people.

If you’re interested in learning more about how you can be a feminist, check out these websites and other online content and resources: