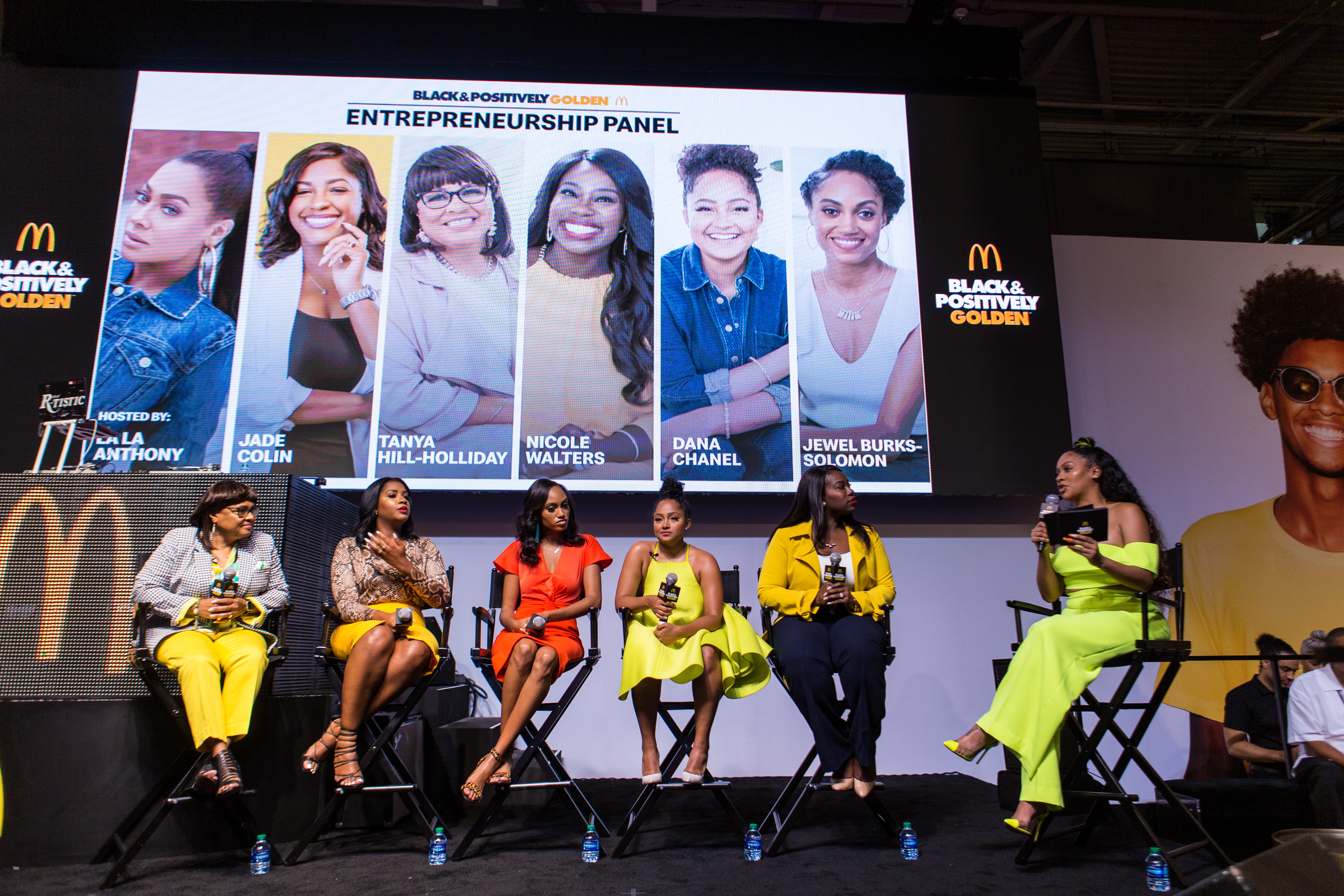 McDonald’s was a “Black & Positively Golden” presence at the milestone 25th anniversary of the Essence Festival. The Friday welcome breakfast at the posh Omni Hotel, hosted by McDonald’s Head of Cultural Engagement and Experiences and brilliant mother of two Lizette Williams, who spearheaded the brand’s hit slogan, and New Orleans super franchisee Henry Coaxum, brought journalists and other Black franchisees together to share the storied corporation’s good news.

“It’s part of our culture to give back to the community in which we do business. Our main focus, at its core, has been education,” noted Coaxum, an owner of multiple McDonald’s in the New Orleans area for more than 30 years who began his McDonald’s career as a manager. Coaxum also acknowledged the other handful of franchisees in the room, as well as those joining the weekend of festivities.

Providing college scholarships has long been part of that giving back. And before the festivities ended, McDonald’s, in partnership with the Thurgood Marshall College Fund and their national ambassador, entertainment correspondent and actor, Terrence J, himself an HBCU alum, awarded incoming HBCU freshmen Jordyn Allen and Jaiden Boyce with $10,000 Black & Positively Golden Scholarships each.

Slightly before moderating Saturday’s panel, Anthony, who stars in the rebooted Beverly Hills 90210, now BH 90210 and the final season of Power, shared her excitement about the panel and her role with McDonald’s during an intimate press conference.

“I’ve always done amazing work with them and this is no different here at Essence,” Anthony excitedly shared. “I think it’s just about inspiring people and really pushing people to find their passion and get past all the nos to the yes. I mean if I just let one no stop me, I wouldn’t even be here right now. And, if I can be that voice to other women here at Essence and just tell them “stick with it; stick with your passion; see it all the way through” then I feel like my time here has been a success.”

Jazmine Sullivan also raised spirits or soothed them, whichever one folks required. And then, at its Black & Positively Golden Late Night Party, the fast food dynasty proved it could turn up in the most creative and magical ways. The ambiance was crazy. There were gloved hands coming out of a McDonald’s backdrop dispensing goodies, Black girls in tutus mixing it up hiplet style, as well as a dancefloor full of affirmations. DJ B-Hen and DJ Rashida brought the golden sounds, plus Nola native Luke James, Cynthia Bailey, Trina and Tamar Braxton, Tyler Lepley, NotKarltonBanks and more checked in. And, yes, McDonald’s fries were plentiful.

On Sunday, to close it out, McDonald’s turned it over to gospel princess Kierra Sheard.

“I’m excited about the work and so proud that McDonald’s is continuing to leverage the platform to shine a brilliant light on black excellence,” Williams shared.

And that it is.

To keep up with McDonald’s Black & Positively Golden campaign, follow @wearegolden on IG.

Dwayne ‘The Rock’ Johnson Is This Year’s Sexiest Man Alive!