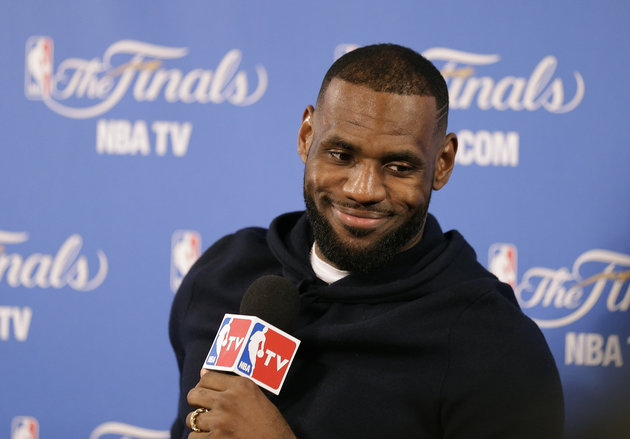 LeBron James has had quite an impressive summer, and for reasons that have nothing to do with basketball.

The Cleveland Cavaliers superstar quietly announced yet another academic partnership last week — one that will provide support for parents of children in his academic mentorship program who want to obtain their GEDs.

James and the University of Akron made waves last month when they announced that they had partnered to provide four-year scholarships to qualifying students in James’ “I PROMISE” program — a partnership that could help an estimated 2,300 children.

Now, James has partnered with Project Learn of Summit County, an organization dedicated to adult education, to make sure he’s helping the parents of the children, as well. The partnership will provided parents who have enrolled their children in the LeBron James Family Foundation’s mentorship with support in obtaining their GEDs.

The “I PROMISE, Too” program, as it’s called, covers test fees and provides free bus passes and HP laptop computers, the latter of which parents can keep if they complete the program, according to Cleveland.com. (Additional prizes are available for good work.)

“This is an opportunity to help our parents make strides in their own academic careers so they are better equipped to help our students keep their educational promises,” Michele Campbell, the executive director of the LeBron James Family Foundation, said in a press release. “We can’t reach our students without their parents’ support, so this program is monumental for our families and their futures.”

The “I PROMISE, Too” program reportedly already has at least nine enrollees.