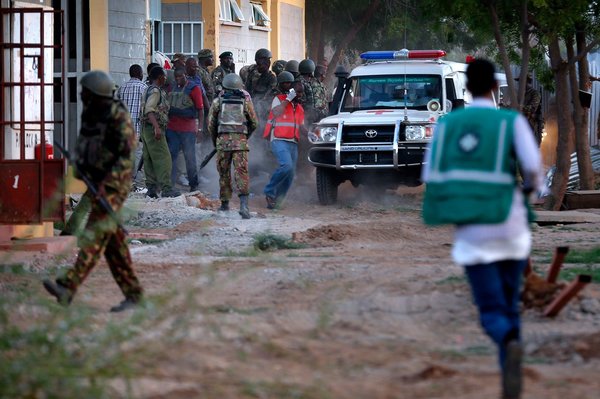 Al-Shabab terrorists reportedly killed at least 147 people Thursday at a university in Kenya in what is being called the worst attack on Kenyan soil since the U.S. embassy was bombed in 1998, Reuters reports.

The siege, which began about 5 a.m., ended nearly 15 hours after the Al-Qaeda-linked gunmen shot their way into the Garissa University College campus, targeting Christians and sparing Muslim students, the report says. The terrorists reportedly conducted the raid in retaliation for Nairobi officials sending troops to fight against them in their home state of Somalia.

Interior Minister Joseph Nkaissery said four gunmen strapped with explosives were behind the attack, the same number that killed 67 people during the 2013 bloodbath at a shopping mall in Nairobi.

Police and soldiers surrounded the campus and exchanged gunfire with the attackers throughout the day but were repeatedly repelled. At least 79 people were injured and many airlifted to Nairobi, Kenya’s national disaster body said.

Al-Shabab is the same group that carried out the deadly siege in 2013 at Westgate shopping mall in Nairobi, the report notes. In 1998, Al-Qaeda bombed the United States embassies in Kenya and Tanzania on the same day, killing 224 people and wounding thousands of people.