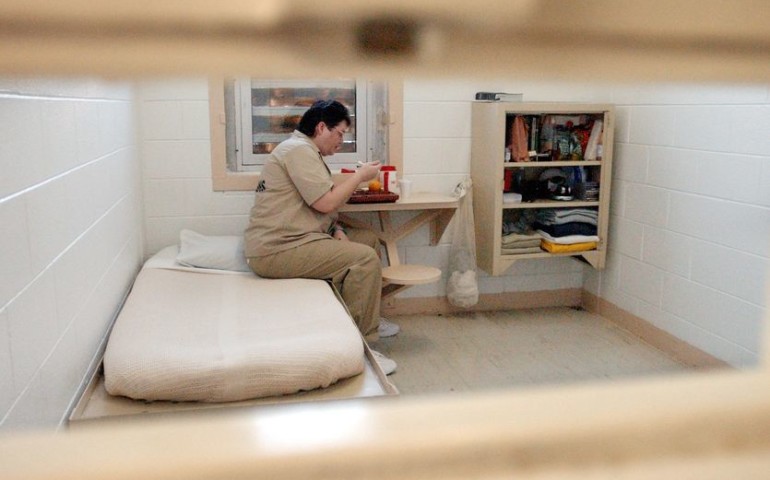 “Bless you all,” Gissendaner said to an assembly of witnesses. “Tell the Gissendaners I am so, so sorry that an amazing man lost his life because of me. If I could take it all back, I would.”

The execution capped a roller-coaster kind of day in which one of Gissendaner’s children begged that his mother be spared. An emissary from Pope Francis asked the state Board of Paroles and Pardons to give Gissendaner clemency for masterminding the killing of her husband, Douglas, in 1997. Scores of people turned out in the rain and mist to show support for Gissendaner, too.

But, earlier in the night, the U.S. Supreme Court upheld a decision reached by the 11th Circuit Court of Appeals. The lower court decided to let the state go forward with executing Gissendaner.

Gissendaner was ready, said the Rev. Della Bacote. A pastor from Nashville, Tenn., Bacote spent 4 ½ hours with Gissendaner on her last day alive. “We laughed, we cried, we ate snacks,” Bacote said. “We reflected. We prayed.

“She was ready. She was at peace at what was to come, fully accepting of it.”

Her execution had been set for 7 p.m. By then, more than 40 people had gathered outside the prison in a show of support for Gissendaner, 47. That number only grew through the evening.

“Look!” a middle-aged woman shouted. “That’s a rainbow for Kelly!

The rainbow faded and night fell. Maybe, her supporters said, the delay was a good sign.

“We’re not giving up hope, not yet,” said Kara Stephens, a former inmate who met Gissendaner when they were sequestered in the same cell block. “Kelly’s beat this before.”

In her final hours, she hosted visitors. One was Marcus Easley, a retired Chattanooga police officer who’s spent years working in prison ministries. He met Gissendaner 15 years ago, and came away convinced that hers was a life worth saving.

“Kelly Gissendaner was praying for us,” said Easley.

Three people who did not visit: her children. They chose to make a final appeal to the pardons and parole board instead of visiting her. Brandon Gissendaner, her son, spoke on his mom’s behalf. Later, the board announced: the execution would go as planned.

GEORGIA PARENTS FORGIVE SONS ACCUSED OF TRYING TO KILL THEM