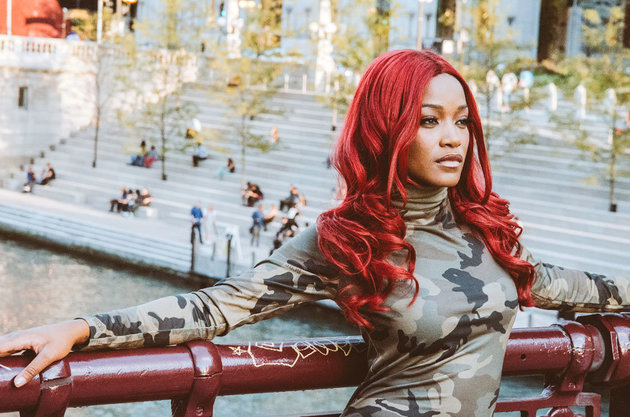 Titled after her birth name, Lauren Keyana Palmer, the “Akeelah and the Bee” actress gives the audience insight into her career as Keke Palmer, and addresses the obstacles and vulnerabilities that often come with being an entertainer.

In September 2007, Palmer released her debut album, “So Uncool,” which failed to make an impact on the top of music charts. The flop, as it were, led Palmer to pursue acting full-time, resulting in a string of starring roles on TV series such as  “True Jackson, VP” and “Scream Queens,” among others.

In retrospect, the singer-actress says her doubt about pursuing music was a result of label executives’ reluctance to view her as an artist.

“They wouldn’t let me tell my story. And it’s not personal, it’s a very corporate business,” she told The Huffington Post. “It’s the corporate versus the creative. When you don’t fit into what they need you to fit into so you can easily make them money then it becomes, ‘you’re not successful’ and ‘you’re not a good talent’ and I let it bother me.”

“I think there’s so many perceptions that come from fame that I think in music it’s always been so difficult to express my story,” she added. “I didn’t know how to articulate my story to help people understand who I am outside of my characters, because people ― for the most part ― know me from my acting, and acting doesn’t really allow you to know who that person is.”

To help her overcome her uncertainty, Palmer credits Queen Latifah, Ice Cube, Will Smith and Brandy for giving her advice on how to navigate through industry bureaucracy.

Of the album Palmer said, “Now I’m at a point that I can express myself and be like ‘This is my story, and this is who I am. This is Lauren, the girl that makes Keke possible.’”

“You can’t depend on anybody to tell you who you are,” she added.

'Tis The Season: 5 Ways to Show Your Guests a Unique Holiday Spirit for This Year's Gatherings