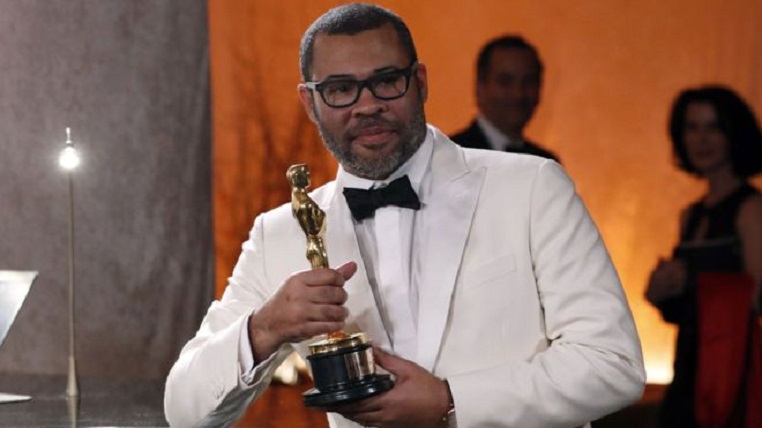 Jordan Peele made history on Sunday by becoming the first black filmmaker to win an Oscar for Best Original Screenplay.

The film, “Get Out,” is a social thriller about racism that is also Peele’s directorial debut. The horror/comedy movie breaks the mold as to which films traditionally exceed at the Academy Awards. The award is Peele’s first Oscar.

“This means so much to me. I stopped writing this movie about 20 times because I thought it was impossible,” he said during his acceptance speech.

The screenplay beat out other nominees “The Big Sick,” “Lady Bird,” “The Shape of Water” and “Three Billboards Outside Ebbing, Missouri.”

Peele was only the fourth black filmmaker to be nominated for the Best Original Screenplay category, following Suzanne de Passe (“Lady Sings The Blues”), Spike Lee (“Do The Right Thing”) and John Singleton (“Boyz N the Hood”).

“Get Out” was nominated in four categories on Sunday. The film, which had a $4.5 million budget, was 2017′s most profitable film, earning more than $176 million domestically.

This post has been updated with quotes from Peele.

The Royals of "Black Panther" Brought Wakanda Style to the Oscars