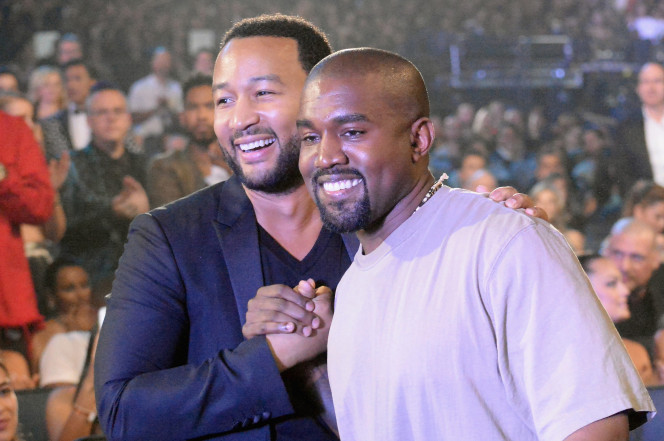 John Legend seems relieved that Kanye West is getting help after he was hospitalized on Monday.

The 37-year-old singer told CBS “This Morning” on Tuesday, “[Chrissy Teigen and I] were with Kim [Kardashian] actually, you know, right before all of that. I was concerned by what I saw, so hopefully he’s getting some rest and some time to figure things out.”

John Legend spoke with @CBSThisMorning about his concern for Kanye West pic.twitter.com/EP8OHbAEzH

Legend didn’t delve into any further details, but he and Teigen are longtime friends of West and Kardashian. The two couples are so close, in fact, that Teigen recently quipped she’d be Kardashian’s surrogate “in a second.”

West was taken to UCLA Medical Center for evaluation on Monday after police responded to a medical welfare call around 1:20 p.m. PT. A rep for the rapper told The New York Times that West had been hospitalized for exhaustion.

Meanwhile, a People source echoed Jenner’s sentiments, citing exhaustion and sleep deprivation for Kanye’s hospitalization. But the source also told the magazine that the rapper “feels like he’s under spiritual attack.”

“It’s not just the big things; it’s smaller, quieter things, internal things,” the source told People. “You might think that it’s about Kim’s robbery, and while that didn’t help, that’s not what’s going on here. He’s dealing with a lot more subtle issues.”