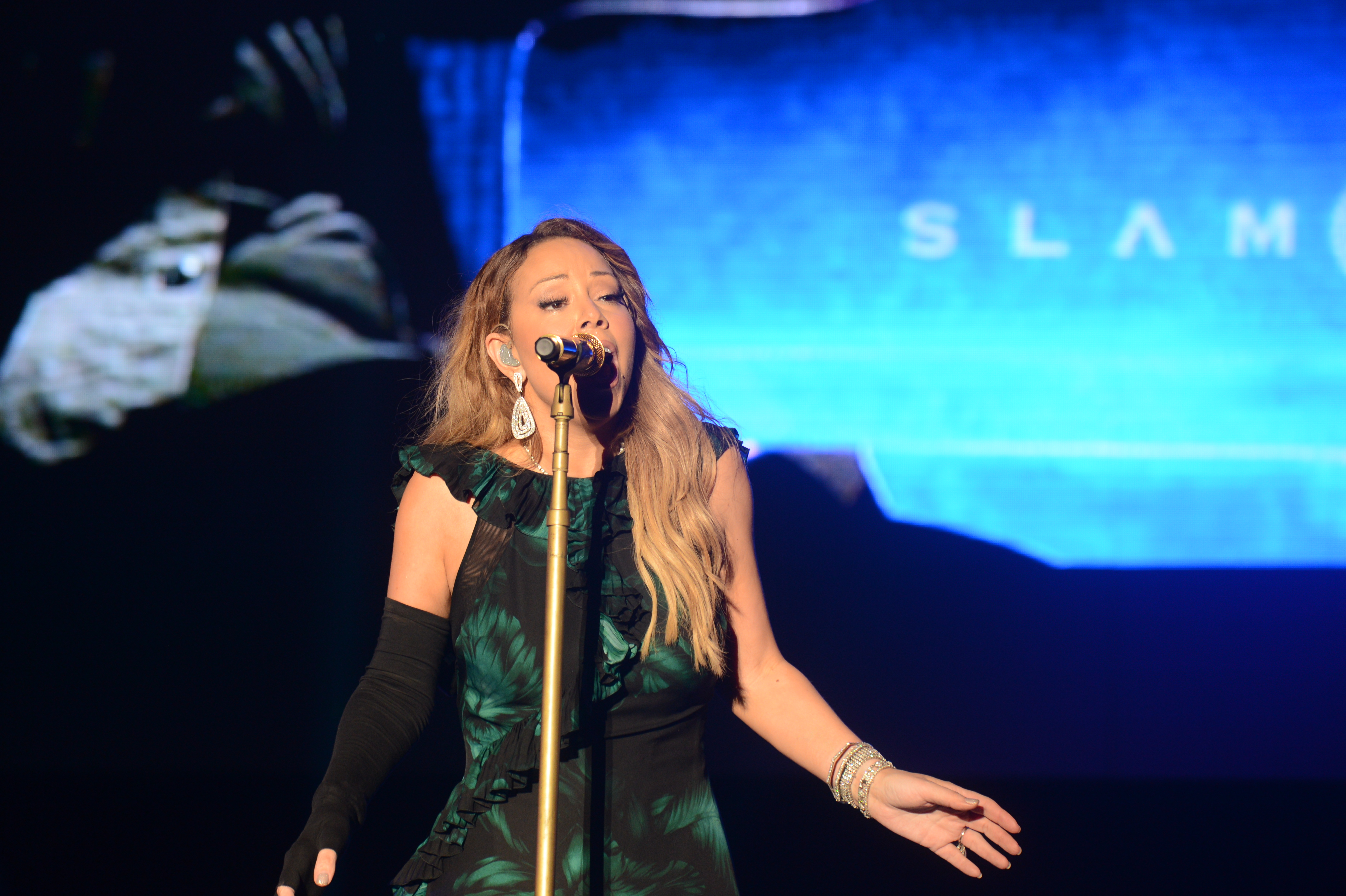 At Suite Food Lounge in Atlanta, Friday, March 20, Jussie Smollett, a.k.a. Jamal Lyon, seemed to confirm to V103’s Big Tigger that the diva herself would be dropping into Empire‘s second season. During the exclusive promotional event also featuring Bryshere “Yazz” Gray, a.k.a. Hakeem Lyon, for the show’s soundtrack, both men responded to who might show up next season and Jussie chimed in with Mariah after Yazz name-dropped Denzel Washington and Oprah.

The last we’ve heard of Mariah performing musically she was at the Jamaica Jazz and Blues Fest, as pictured above, sadly disappointing her many Jamaican fans. Hopefully that will change when she launches her Vegas residency May 6 at Caesars. If she rocks those dates, which stretch into the summer, it would give a possible fall appearance on Empire added anticipation.

As divorce proceedings with Nick Cannon, the father of her adorable twins, #dembabies, Rocky and Roe, allegedly gets messy, the diva is in dire need of good press. With the ink now dry on her new recording contract with Epic Records, where she is reuniting with L.A. Reid who oversaw her last, mega-successful album, The Emancipation of Mimi, positive feedback for her music is perhaps more critical than ever, especially since her last album, The Elusive Chanteuse, flopped.

It’s no secret that Empire‘s co-creator Lee Daniels and Mariah are great friends, with her appearing briefly in The Butler and taking on a well-received role as a social worker in Precious. So the real question may be whether Mariah will appear as herself or come on as an actress? Hitting in Vegas might mean diva Mariah comes on the show. But, if she doesn’t, maybe her BFF Lee should consider adding her to the cast as Lucious Lyon’s long-lost sister. Hey Auntie Mariah!