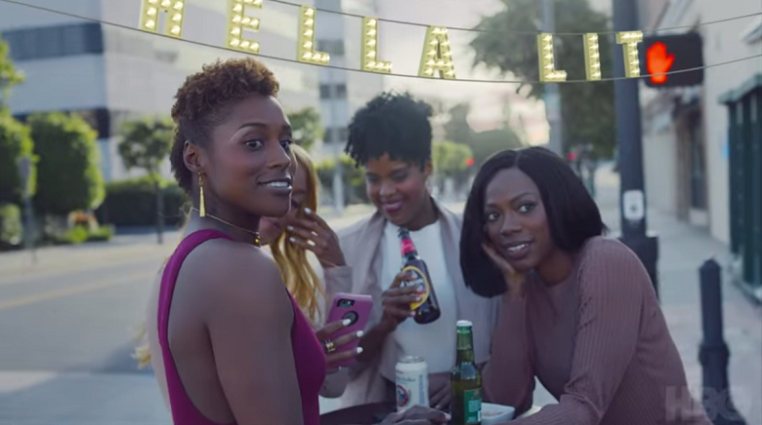 The first season of Issa Rae’s “Insecure” instantly placed it high up on the list of must-see HBO comedies. Based on the opening glimpse of Season 2, “Insecure” is going to have as much fun as it can while stuck in traffic.

The latest look at the show’s second season may not have any inspirational mirror raps, but it’s a dreamy glide through the world of Issa (also h14er character’s name), soundtracked by Calvin Harris’ “Slide” and some equally dreamy Frank Ocean vocals.

Based on the quick cameos in this teaser, it doesn’t look we’ll be getting a resolution to last season’s love triangle any time soon. Lawrence (Jay Ellis), Issa’s longterm boyfriend, and Daniel (Y’lan Noel) both pop up as the world freezes around the show’s star. But with the relationship turmoil comes the show’s central friendship, as Molly (Yvonne Orji) makes an appearance, too.

Eagled-eyed fans may spot some potential episode names — “Hella Confused,” “Hella Tempted,” “Hella Lit” — as the show sets out its Season 2 title format. (All of Season 1’s episode titles, starting with the pilot “Insecure as Fuck,” ended with those same last two words.)

As happened more than once to Issa throughout Season 1, this teaser snaps her back to reality quicker than she expects. We’ll soon know if Season 2 has more than car horns in store.

Watch the full teaser below:

10 Goals Every Entrepreneur Should Set