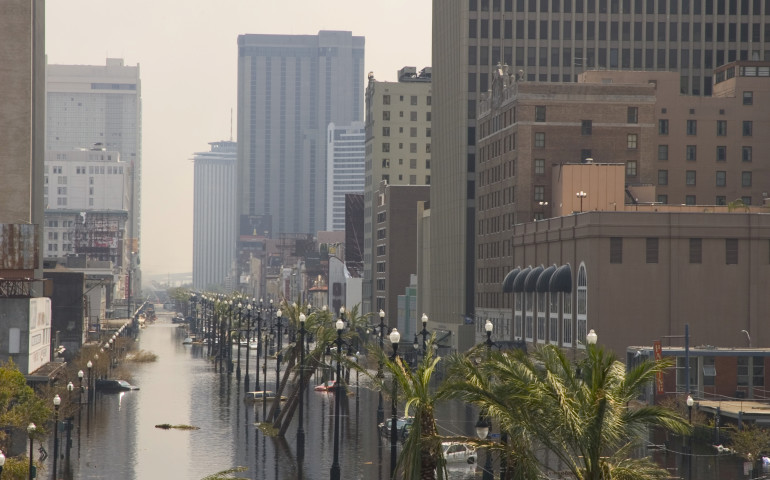 When the levees broke 10 years ago after the storm that seemed to loom for years, Joe Durio felt helpless as first responders did their best to save as many lives as they could. Durio decided to contribute to the rescue efforts. In true Louisiana form, his mark was home-cooked food. Chef Durio used butane tanks and barbecue pits salvages by the National Guard to serve thousands of hungry first responders, volunteers and displaced people directly after Katrina.

His food is a bit of an oxymoron in these Southern parts: heart-healthy, Louisiana-style creole cuisine. But his labors were a lifetime for those who tirelessly fought to save the living and remove the dead. What had started out as an emergency response stretched to 15 long months. In 2006 Durio was recognized by then- Gov. Haley Barber as “Chef of the Year,” and in 2014, Durio was presented the “Unsung Hero” award by President Barack Obama and the U.S. Congress.

Today, Durio still gives back to his native Louisiana. In July, he hosted an intimate reception for the queens of two notoriously rival HBCUs, who were also first cousins. In their storied histories, this is the first time Grambling and Southern universities’ queen have shared close familial ties. The unique occasion made Durio brim with pride as he remembered the days when he thought his city wouldn’t survive. I’ll always be here for Louisiana and New Orleans,” he said.